7 Reasons Why People Are Moving to Texas

Whether it’s a friend working in the tech industry or an aunt or uncle looking for warmer weather and fewer wildfires, there’s a good chance that you know someone who’s thinking about moving to Texas. There’s no doubt that Texas has become a relocation hot spot these last few years, attracting all kinds of people. In fact, between 2010 and 2020, Texas’ population grew by nearly 4 million people, almost half of which were people migrating to Texas from another state or abroad. You, like many others, may be asking yourself “so, why are people moving to Texas?”

From lower cost of living and home prices to a booming job market and diversity, Texas has a lot to offer. People already living in Texas like it too — 82% of people born in Texas choose to stay there.

Whether you’re considering buying a house in Corpus Christi, TX, looking to test drive a new city by renting an apartment in Dallas, or you’re just curious why so many of your friends are wanting to live in Austin, read more below to find out what attracts people to Texas and see if it may be the state for you. 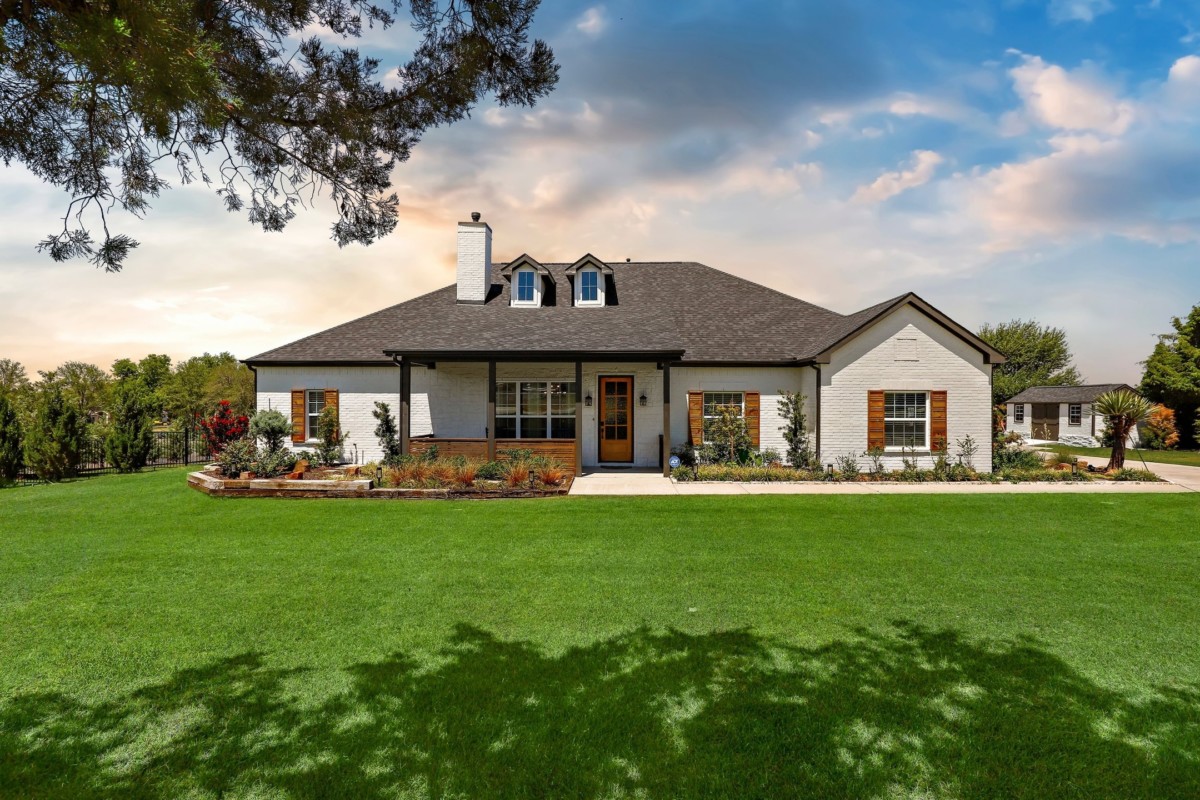 One of the main reasons why people are moving to Texas is that the cost of living is much more affordable compared to expensive coastal states. In Texas, the average cost of living is 8% lower than the national average. This typically means you’ll spend less on things like childcare, clothing, groceries, housing, transportation, utilities, and more, whether you live in an apartment or a house.

Larger tracts of land are available in Texas too. While many homes in cities like San Francisco or Boston are often smaller than 2,000 square feet, homes above 3,000 square feet are readily available in Texas, and they often feature large yards and community amenities. With larger plots and lower home prices, you can definitely expect to get more square footage for your money in Texas. 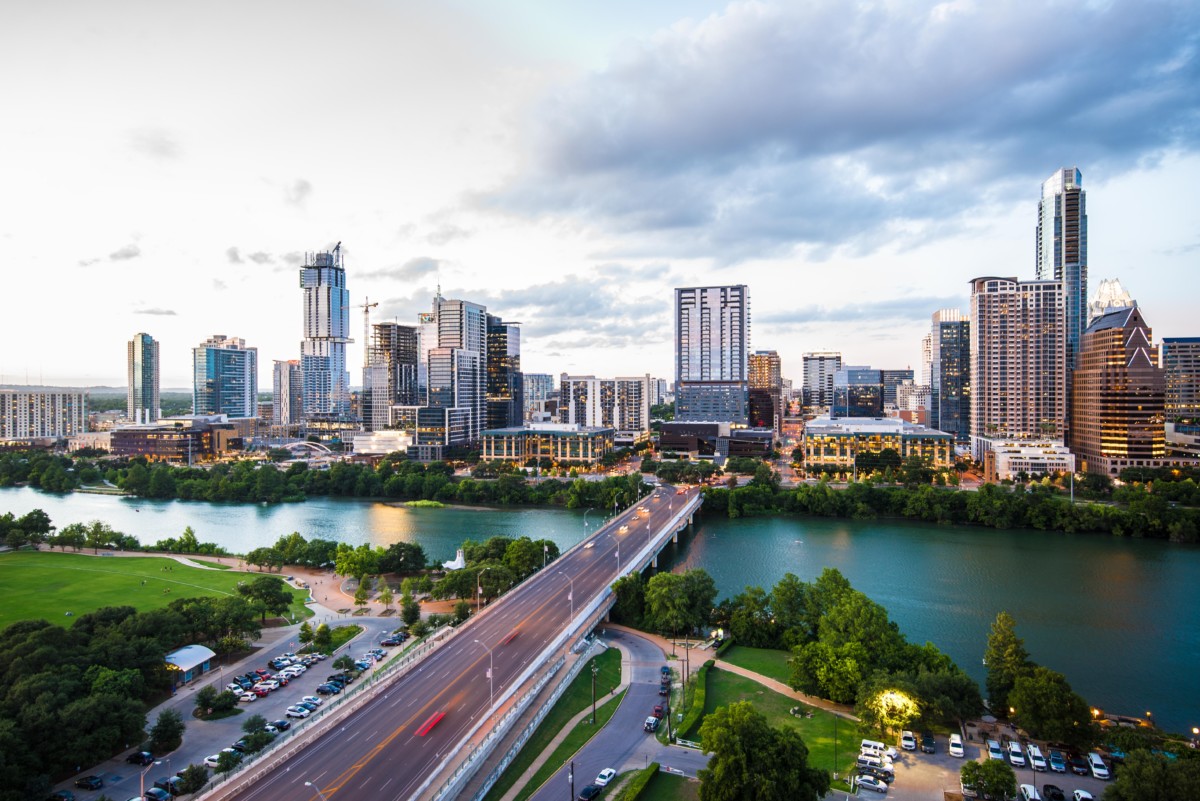 With so many people moving to Texas recently, many companies — especially tech companies — have been moving to Texas, too. Whether you work in oil, tech, or the food industry, among others, the job market in Texas is booming – pushing the unemployment rate in Texas further down from 4.8% to 4.2% as of May 2022.

There are many companies, including Fortune 500 companies, headquartered in Texas, and others are increasing their presence there as well, such as:

First, of course, Elon Musk famously moved Tesla and all of its operations to Texas. Meanwhile, Amazon, Apple, AT&T, Facebook, Google, Hitachi, and Intel have built up their presence in Texas too.

Dell is headquartered in Round Rock, near Austin, TX. Hewlett-Packard, IBM, Oracle, and Samsung all offer a plethora of jobs in Texas as well. Much of Texas’ tech industry is located near or around Austin, but there are plenty of opportunities in cities such as Dallas and San Antonio too.

Prominent engineering companies such as Black and Decker, Kubota tractors, and Toyota all draw residents to Texas.

Of course, Texas is also a hot spot for jobs in the oil industry. ExxonMobil is headquartered in Irving, TX, Phillips 66 in Houston, and Valero Energy is headquartered in San Antonio. All three are prominent Fortune 500 companies that contribute to the booming economy and strong job market in the Lone Star State.

Large airlines such as American Airlines and Southwest Airlines are based in Texas, along with other companies like Airbus.

Last, many national food retailers, entertainment companies, and more are located in Texas. From Frito-Lay and Cinemark in Plano, TX to Whole Foods Market in Austin, the job opportunities in Texas are endless.

In 2022, US News & World Report ranked six colleges and universities in Texas in their top 100 schools. First is Rice University, located in Houston, followed by University of Texas at Austin, Southern Methodist University in Dallas, Baylor University in Waco, and Texas Christian University in Fort Worth.

Texas A&M is also in the top 100 universities in the United States and is centrally located in College Station, Texas. Texas A&M is within a three-hour drive of San Antonio to the southwest, Austin to the west, and Houston to the southeast. No matter where you move, Texas has a great university nearby.

Furthermore, 26 schools across the state of Texas won the national blue ribbon award in 2021. In cities such as Brownsville, Dallas, El Paso, Houston, and San Antonio, multiple schools won awards at various education levels — elementary, middle, and high school. Plus, a number of schools in Texas were commended for their ability to close achievement gaps — a very important and challenging task in education these days.

The warm climate is another example of the many reasons why people are moving to Texas.

You’ll also enjoy warmer, milder winters in Texas. The average temperature during the winter months is between 55-65 degrees. While summers can be hot and humid depending on the city you reside in, summer is short compared to the rest of the calendar year. Don’t worry, though. There are many ways to keep cool during the warmer months, and you’ll quickly notice that air conditioning and pools are popular home features in Texas.

Naturally, climate change’s impact on housing can be a concern for those migrating to a new state. In general, the risk of wildfires is significantly lower in Texas than in states on the west coast or even states further inland such as Colorado. Additionally, Texas has also heavily invested in building “master-planned communities,” or communities recently built with amenities with climate change in mind. So, even when it gets hot, you’ll likely have a pool to cool off in and an AC system to keep your home cool. Plus, many master-planned communities have installed sophisticated drainage systems to minimize flood risk.

While no city or state is protected from the effects of climate change, many experts predict that some cities in Texas will face fewer negative effects than other cities in the United States.

The diversity in Texas makes for bustling, vibrant cities rich in innovation. Texas is the second most diverse state in the United States. And there are 145 languages spoken in Houston alone.

Additionally, 40% of the people who moved to Texas from 2015-2019 came from other countries such as China, India, and Mexico. Texas is also politically diverse. While Texas tends to show red overall, larger cities tend to vote anywhere from 60-80% blue.

So, why are people moving to Texas? Let’s sum it up

Overall, living in Texas is more affordable and diverse than in many coastal cities. Whether you’re looking for a chic apartment in downtown Austin, or a charming home with plenty of acreage in San Antonio, there’s a little bit of something for everyone in Texas. And while of course there are both pros and cons of living in Texas – like there are with any other state – many people find themselves moving to Texas for the year-round great weather, affordability, booming economy, and much more.

Interested in moving to one of the cities mentioned? Check out homes for sale, apartments for rent, and our city guides to see which city you may want to call home next.