A Deeper Understanding of the Scourge of Racial Inequality

The pace of historic change can be at once laborious and swift. The passage of the U.S. Fair Housing Act in 1968 is a case in point. As a response to generations of discriminatory practices condoned by government, business, and societal norms of a different era, legislation protecting buyers, renters, and borrowers from exclusionary treatment based on their race, color, national origin, sex, or religion was, indeed, a very long time coming. But the precipitating factor behind the law’s enactment was as abrupt as it was tragic: the assassination of Rev. Martin Luther King Jr. 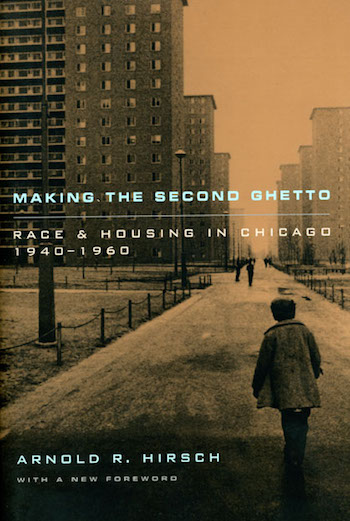 President Lyndon Johnson summoned the power of his office to rally a long-reluctant Congress to get behind the groundbreaking measure as a gesture toward national healing during a protracted period of  urban race riots and firebombing during the 1960s. He implored “all good men to look deeply into their hearts,” in the effort to sway undecided lawmakers. “When the nation so urgently needs the healing balm of unity, a brutal wound on our conscience forces upon us all this question: What more can I do to achieve brotherhood and equality among all Americans?” Precisely a week after King’s death, Title VIII of the Civil Rights Act of 1968 (a.k.a the Fair Housing Act) became the law of the land.

The commemoration of the 50th anniversary of the signing of the law serves as an opportunity to peer back a bit further into some of the ways housing policies and the systemic racism of the day converged to reinforce inequality in our country. An important book first published 35 years ago did just that—and it remains instructive today. Making the Second Ghetto: Race & Housing in Chicago 1940-60  (University of Chicago Press) is an exhaustive study about how American cities in the North—and Chicago in particular—responded to the rapidly growing African-American population and the nascent civil rights movement in the middle of the last century.  Author Arnold Hirsch, who passed away earlier this year, provided insight about how the white power structure “renewed, reinforced, and reshaped” modern Chicago as the giant wave of black migration to the North was underway. Hirsch, a Chicago native and a history professor at the University of New Orleans until his retirement in 2010, sought to understand the institutional forces after World War II that reinforced racial boundaries and barriers.  He described The Windy City as a pioneer at “developing concepts and devices” for housing segregation that were later incorporated into federal legislation that would come to define urban renewal (or as the writer James Baldwin described it “Negro removal”) nationwide.

Chicago politicians along with leadership at University of Chicago and the Illinois Institute of Technology divided the city by race. Hirsch is blunt in his assessment of the reasons: The divisions were rooted in institutional interests, profit and greed, and the desperate efforts of regular homeowners to stem the “Negro invasion” from their neighborhoods. The aim was to protect their insecure identity as whites as well as their property values, said Hirsch. Strict zoning laws and neighborhood protests by white “ethnics” were the means to that end.  While describing The Chicago Housing Authority as a “bulwark of segregation,” the real power over site selection during Chicago’s post-War public housing construction bonanza lay with the city council; housing projects that sprang up in the early 1960s on the South and West sides cemented the segregated path that had been laid down a generation before.

Rev. King led a series of housing marches in the mid-1960s into heavily white, ethnic areas that encircled black enclaves in Chicago, to which Mayor Richard J. Daley responded by seeking a court injunction to halt them. Even as the civil rights movement gained momentum, Hirsch noted that “the dismantling of the urban ghetto would not be counted among its victories.”

Though the first edition of Hirsch’s book came out in 1983, it remains in print—a testament to its relevance as the nation continues to wrestle with issues of housing opportunity and racial and socioeconomic inequities throughout society. The long history of housing discrimination and segregation in the U.S. has created neighborhoods that today remain unequal in their access to opportunities from schools, jobs, banks and grocery stores to desirable housing options. Bearing that reality in mind, Making the Second Ghetto paints a vivid and chilling portrait of the roots of urban segregation. 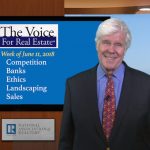 Ethics Violations of Others Will Soon Be Visible to YouUncategorized 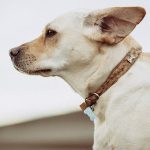 Learning to Hear the Dog WhistleUncategorized