A Long Path to Progress

Earlier this year, I wrote about Richard Rothstein’s book The Color of Law: A Forgotten History of How Our Government Segregated America. After my review went live, some expressed interest in hearing about the solutions the author proposes in his final chapter. Rothstein offers several suggestions for meaningful change, but also acknowledges how difficult it might be to accomplish his ideas. 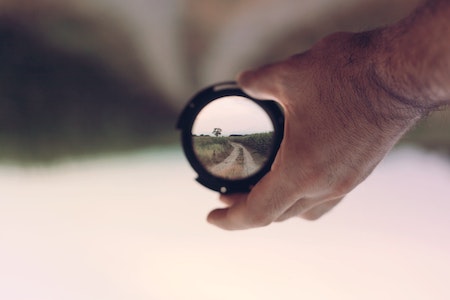 As The Color of Law details, the United States government actively created and contributed to our segregated society. Therefore, Rothstein argues, any significant remedies must involve government action. He points to some programs at local and state levels as models that could have substantial impact if replicated on a larger scale.

Expanding integration through inclusionary zoning has been successful in some areas. Both New Jersey and Massachusetts have statewide regulations aimed at suburbs where the percentage of affordable housing units is below the average of that available in their surrounding metropolitan areas. To bring these disparate percentages closer together, the state requires developers to reserve a share of units specifically for low- and moderate-income families. These ordinances are centered on income rather than race, although the fact that African American households tend to have lower median incomes than white households means that diversity tends to be bolstered by such programs. According to the U.S. Census Bureau, the 2017 median income for non-Hispanic white households was $68,145, while that number was $40,258 for African-Americans during the same time period.

There are examples at the municipal level as well. Dallas and Baltimore have implemented programs that encourage integration through HUD’s Section 8 Housing Choice Voucher Program, though in both cases these actions came about as a result of lawsuits. The local housing authorities in these cities provide larger subsidies to voucher families moving to integrated communities with low poverty rates than to those who stay in segregated communities.

The truth is, the overall number of families who have benefitted from these initiatives is relatively small. In order to have a larger impact, Rothstein argues that a Congressional act requiring nationwide adoption of an inclusionary housing program is necessary. Rothstein also suggests that a “constitutional remedy” could create similar programs explicitly based on race.

The problem with his recommendations, Rothstein admits, is the very low likelihood that our current government would intervene in this way. Not only do his suggestions demand federal intervention, but they would also likely require additional funds invested in Section 8 or in the creation of new programs to address the issue.

This is not specifically an indictment of the present administration, as previous administrations haven’t acted in this regard either. One of the closest attempts came in 2015, with Barack Obama’s Affirmatively Furthering Fair Housing policy. This short-lived rule addressed a provision in the 1968 Fair Housing Act mandating that any segregated community that receives block grant funding take active steps toward integration. Ultimately there wasn’t enough time to evaluate the success of this rule, as it was discontinued in 2018.

For large scale change to occur at the federal level, there has to be a massive shift in perspective. As Rothstein details throughout his book, segregation was the direct result of government policies. Yet there is widespread belief that chance or individual prejudices led to our segregated society. If these beliefs persist, the government will never take responsibility for its past actions, and U.S. citizens will not hold their government accountable for them. Rothstein proposes that we make concerted efforts toward education that acknowledges segregation’s origins, perhaps starting with public school curricula. Once there is widespread change in the public’s understanding of how segregation came to be, we will be more likely to support and fight for policies that aim to correct years of unequal treatment under the law. 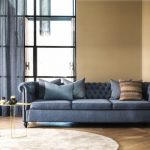