Amid sustained economic expansion and the lowest unemployment rate since 1953, commercial property prices are still broadly trending upwards although at a modest pace compared to past years, according to NAR’s 2019 Q1 Commercial Real Estate Trends and Outlook Report.

In the small market (less than $2.5 million deals), commercial property prices rose modestly by one percent from a year ago (seven percent in 2018 Q1). REALTORS® typically transact in the small market, with the average sales at $1.2 million in 2019 Q1.[1]  In the large market ($2.5 million and above deals), Real Capital Analytics reported that commercial sales price rose six percent nationally (nine percent in 2018 Q1). The National Council of Real Estate Investment Fiduciaries (NCREIF) Index and the Green Street Advisors Price Index also show a modest annual increase of two percent in 2019 Q2. 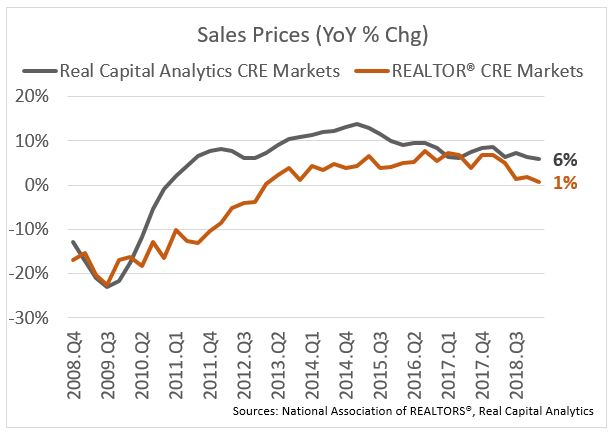 In both the large and small markets, the cap rates were slightly above six percent. Multi-family was the top-performing asset class in both the small and large market, with the lowest cap rates (which means high prices). Industrial properties were the second-best performing asset class in the large market, mainly for flex properties (essentially a combination of warehouse, office, showroom buildings). In the small market, hotels (likely Class B/C) were the next best performing asset.

According to REALTORS® who participate in the small market survey, cap rates in the small market continue to tend downward.  One reason may be that demand is moving towards suburban areas where commercial properties are less expensive. According to Real Capital Analytics, commercial prices in non-metro areas rose at a faster pace in 2019 Q1 than prices in the six major metro areas of New York, Boston, Washington DC, Chicago, Los Angeles, and San Francisco: in March 2019, commercial prices were broadly up by six percent in non-major markets compared to 4.5 percent in the six major metro areas. 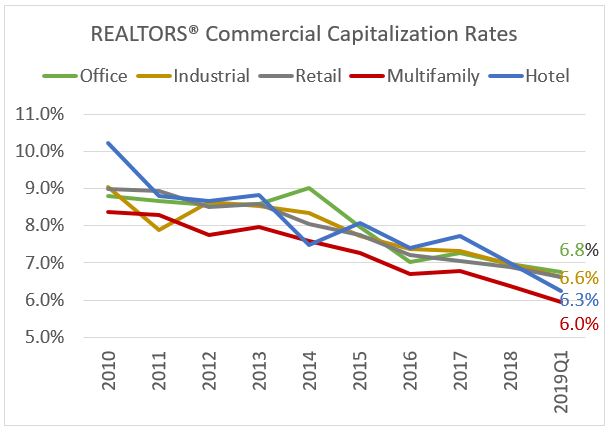 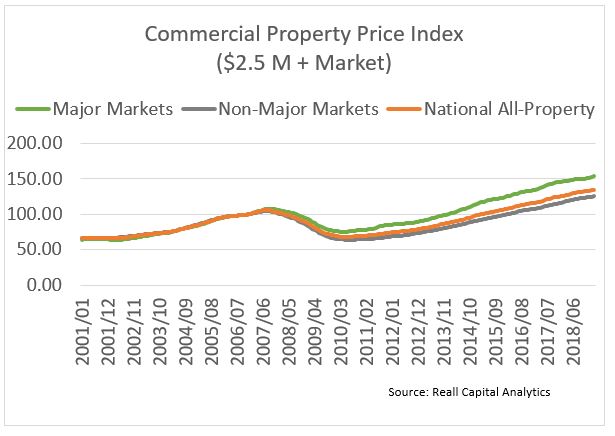 REALTORS® and commercial affiliate members reported a slight increase in vacancy rates in 2019 Q1 across all property types compared to the prior quarter. With vacancy rates slightly trending up, REALTORS® reported a slight decrease in leasing volume (-0.10%) and a modest increase in leasing rates (2.3%) in 2019 Q1 from the prior quarter. 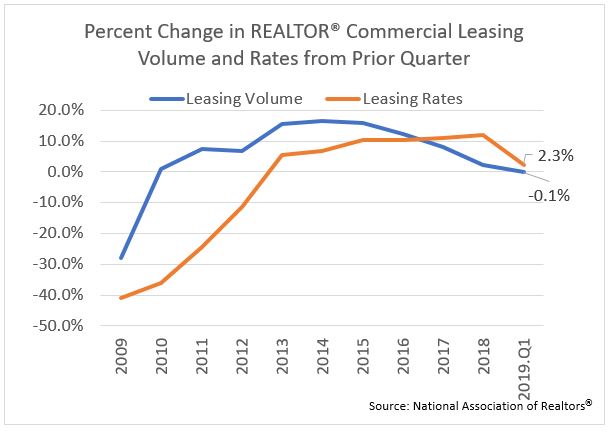 Among property classes, vacancy rates were lowest in the multi-family market, at seven percent, followed by the industrial market, at eight percent. Retail and hotel properties had on average double-digit vacancy rates. 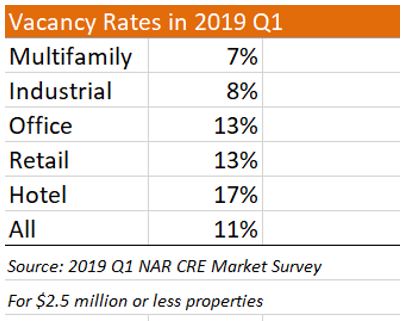 In 2019 Q1, the average tenant improvement allowances (per square foot) in the small market were $2 for multi-family units, $5 for industrial property, $17 for office, and $21 for retail. 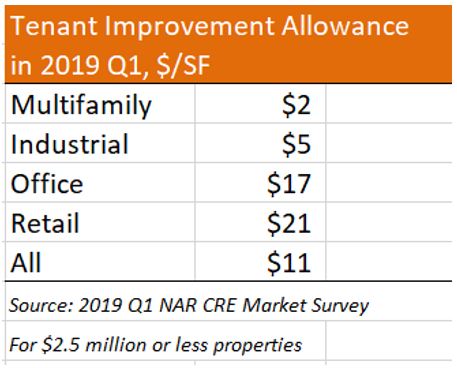 Multi-family and industrial will continue to be strong commercial asset classes. The multi-family market is expected to remain bright in metros with low vacancy rates and affordable rents. E-commerce will continue to sustain demand for industrial properties, particularly flex properties. Retail brick and mortar will continue to do well in growing metros and in retail niches that require face-to-face customer service. The office market will be sustained by the growth in technology-driven jobs. The Opportunity Zone tax break on capital gains is expected to bolster commercial and residential real estate sales in 2019-2020.

[1] The small market makes up a smaller fraction of deal volume but accounts for a larger share of buildings: according to Energy Information Administration 2012 Commercial Buildings Energy Consumption Survey, buildings 10,000 square feet or less in size account were 72 percent of all commercial buildings; https://www.eia.gov/consumption/commercial/data/2012/bc/cfm/b23.php 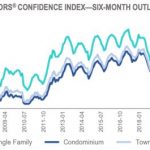 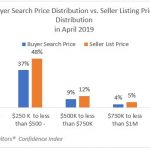