Ethics Violations of Others Will Soon Be Visible to You

If a real estate practitioner commits a seious violation of the NAR Code of Ethics, the person’s name will be released by the local association so that you and other professionals in that association can see who they are. A picture of the violator and a description of what they did wrong will also be released.

This change is based on a pilot program that the CALIFORNIA ASSOCIATION OF REALTORS® tried over a four-year period. During the trial, the association found a decrease in ethics violations, according to Deborah Dwyer, chair of NAR’s Professional Standards Committee and broker-owner of Dwyer Agency in Pittsfield, Mass. The NAR Board of Directors last month voted to end the California program and turn it into a national program that will start next year.

According to Dwyer, the change has been long-sought by brokers, sales associates, and associations. “This is what people have been wanting for so long,” says Dwyer. “Right now, we don’t know who the violators are, because it’s not published. We’re hoping that, once it starts happening, and REALTORS® out there realize what can happen, they’ll be more professional.”

Release of the person’s name, photo, and what the violations are will be kept within the local association, not released to consumers, she says.

Dwyer says she expects all local associations to opt in to the new rules, so the program will truly be national in scope. “I can’t imagine why any association wouldn’t opt in,” she says.

Dywer talks about the program in the latest Voice for Real Estate video.

Also covered in the video is an update on the competition workshop the federal government held in Washington in early June. The workshop was hosted by the U.S. Department of Justice and the Federal Trade Commission. About a dozen industry executives, academics, technologists, and legal specialists debated whether the residential brokerage industry is as competitive as it could be because of advances in technology. Views differed, as you would expect, but many of the participants agreed the industry has seen a lot of competition-driven change in the last decade, and by some estimates, more than half of all brokerages offer some kind of non-traditional service to consumers. That means most brokerages make available some kind of option that involves discounted fees or limited services or some combination of the two.

The video also looks at the banking legislation President Trump signed last month. It eases some reporting and other requirements on community banks, and there’s an expectation that mortgage financing could become a little less expensive for some borrowers as a result. The new law also puts in place a mechanism that could lead to use of alternative credit scoring criteria like rental payment history, and small homebuilders might have an easier time getting construction loans. 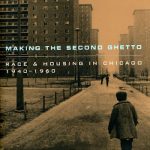 A Deeper Understanding of the Scourge of Racial InequalityUncategorized