If you’re wondering what it’s like living in Chicago, look no further. Famous for its culinary delights like the Chicago-style hot dog and deep-dish pizza, the Windy City has something to offer anyone. Did you recently buy a house or move into an apartment in Chicago? There may be hidden gems waiting to be discovered right outside your door.

We’ve gathered city locals to share their favorite hotspots and hidden gems in Chicago that you won’t want to miss. Stop by one of the most diverse areas in Albany Park, or wander around West Ridge for an array of parks and green spaces. There’s something to do on every corner of Chicago – you just have to start exploring. 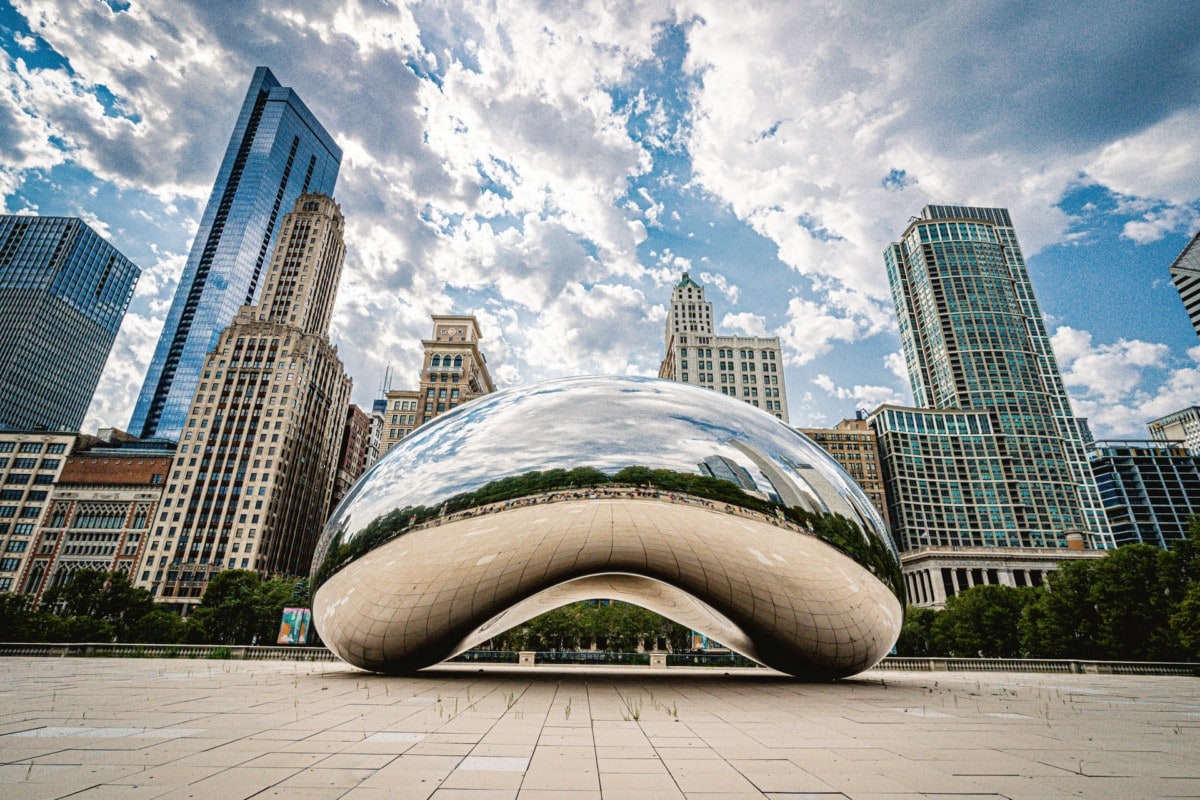 A hidden gem in the Uptown neighborhood

Located on the far North Side of Chicago, The Uptown neighborhood is known for its jazz scene, nightlife, and entertainment. For those looking for a walkable neighborhood rich with history, Uptown is for you.

Pho is fine, but it’s time banh mi has its day. And there’s no better place to get these tasty Vietnamese baguette sandwiches than Ba Le off Argyle Street in Uptown. We suggest the special on the menu, washed down with a mango smoothie with tapioca balls. – Wally and Duke, The Not So Innocents Abroad

Hidden gems in the Lower West Side neighborhood

Located near the Chicago River, the Lower West Side neighborhood is the cultural hub of Chicago. Explore the National Museum of Mexican Art, spend a day in Little Italy, or have a picnic at the Dvorak (Anton) Park.

The unique style of Big Bros Ice Cream, known as The Big Bros Way, is a local favorite. The rich texture of the ice cream is served in swirls in cones, bars, cups, sandwiches, and many other artisan forms. – Peyton, Big Bros Ice Cream

Listen and dance to Maggie Speaks

Chicago is a great music city and, with it, a hidden gem – Maggie Speaks. They play everything from classic rock, Top 40, country, hip-hop, Motown, R&B, disco, and more. Started in 1998 as a local nightclub and festival band, they have grown over the last 24 years into one of the most sought-after bands in the nation. They perform all over different venues and parks in Chicago, so If you are in town, try to catch a show. – David, Maggie Speaks 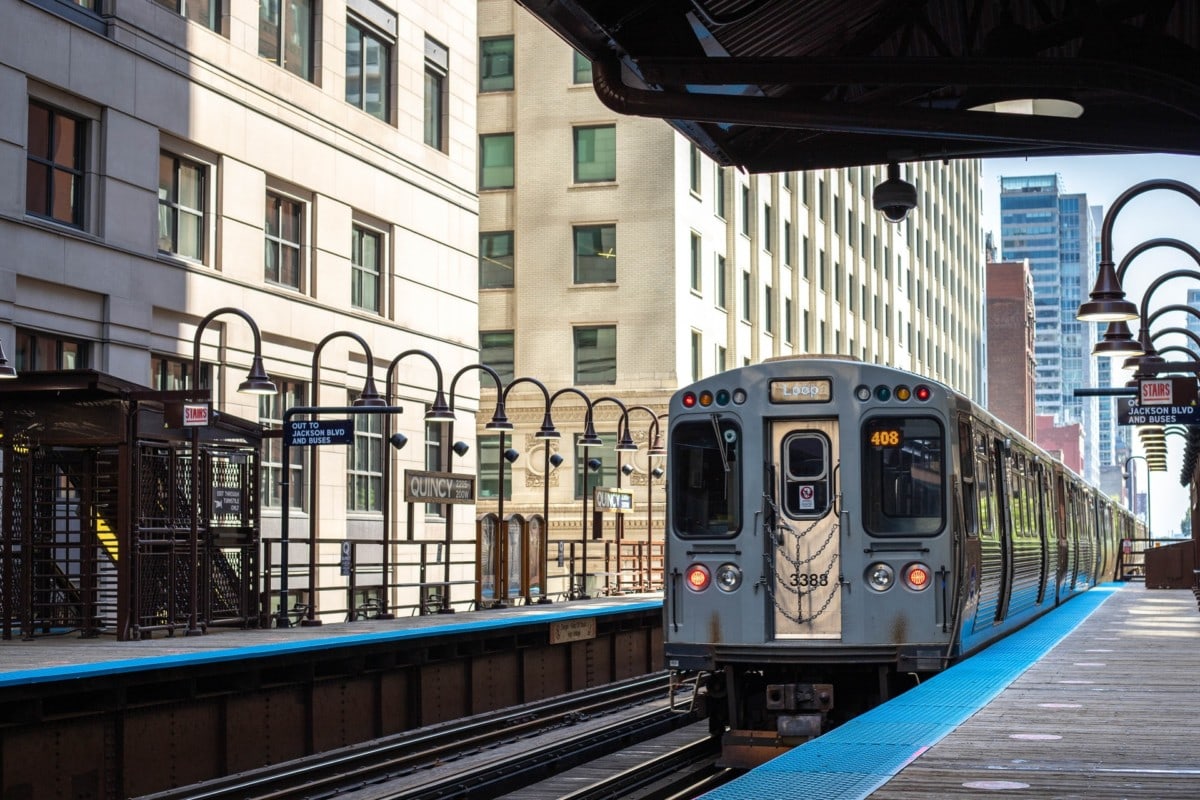 Hidden gems in the Loop neighborhood

As the city center of Chicago, the Loop neighborhood is full of unique things to do. From great eats to high-rises and attractions, the Loop has it all.

For art lovers, check out the Wabash Arts Corridor

Stretching from just north of Harrison Street down to 16th street in between Michigan and State is the Wabash Arts Corridor. It includes dozens of murals hidden on buildings and alleyways from various students of Columbia College as well as visiting and local muralists. There are a variety of cultures, influences, and styles scattered here. If you’ve never checked it out, grab an electric scooter or bike on a sunny day, take a look, and finish the trip off at Aurelio’s on Roosevelt for some pizza. – Bane, Lock Chicago

Need a coffee buzz? Head over to Hero Coffee Bar

Hero Coffee Bar on Jackson and State is an excellent hidden gem in Chicago. Do you want to find Diagon Alley in the Windy City? Look no further than this adorable cobblestone alley that isn’t easy to find – and don’t miss out on the Fairy Godmother latte with honey and lavender. It’s located in one of the oldest buildings in the city, an old stable that survived the great Chicago fire. – Megan, Color & Curiosity 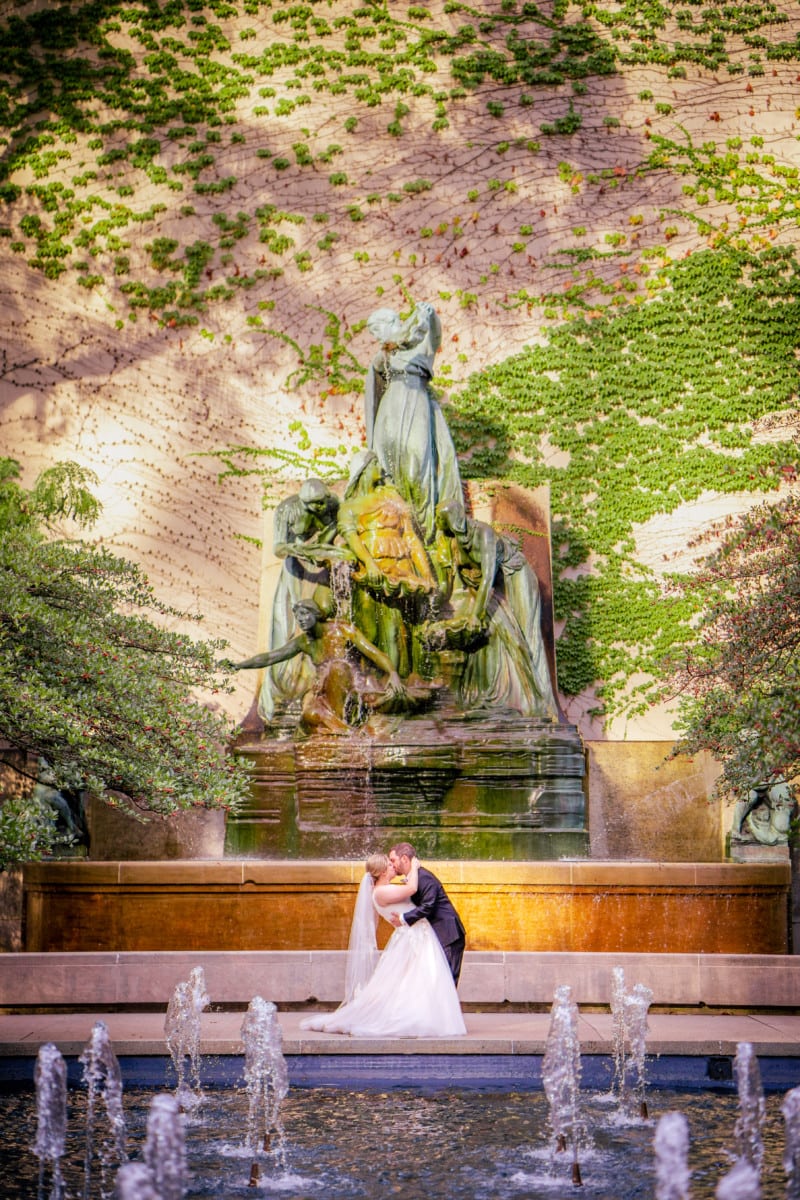 The Chicago Art Institute South Garden is truly a hidden gem. It’s right on Michigan Avenue next to one of the most iconic museums in America, and no one knows it’s there. It’s a stunning, tranquil oasis and transports you from the Midwest to Italy in just a few steps. – Maura, Maura Black Photography

As a former industrial district, the River North neighborhood is now a lively destination for those looking to move. The area has everything a resident needs with many shops and restaurants all within walking distance.

Opt for a late-night cocktail in a speakeasy

A great hidden gem in Chicago is none other than the speakeasy-like lounge and music venue, Untitled. There is something so special about being in River North, walking through the massive doors not knowing what to expect, then walking in to be introduced to the best vibes that are seriously irreplaceable. Try an infamous Manhattan or Old Fashioned cocktail. – Tamika,  Bottle Rocket Media

Be transported to Italy via The Cave

With hand-painted barrel-vaulted ceilings, The Cave is an intimate space with a bespoke aesthetic that makes you feel like you’ve walked into a private lounge in Italy. Mix this with music by their DJs, fine dining, and bubbles served by a very attentive staff, and you’ll find yourself in for a delightful experience – DJ D. Jones, Spark Entertainment Group

A hidden gem in the Wrigleyville neighborhood

Wrigleyville is home to the historic Wrigley Field, the second oldest ballpark in the country. The neighborhood is also full of many unique restaurants, bars, and other hidden gems that are usually filled with locals, even when it’s not baseball season.

Enjoy a local favorite at the Music Box Theatre

Entering the Music Box Theatre on the northside is like being transported back in time. Special events include holiday sing-a-longs, monthly midnight showings of Rocky Horror Picture Show, and screenings of new movies. Plus, they frequently showcase classic films on actual films, which is a mind-blowing movie viewing experience. – Mark, Mark Toland Mind Reader 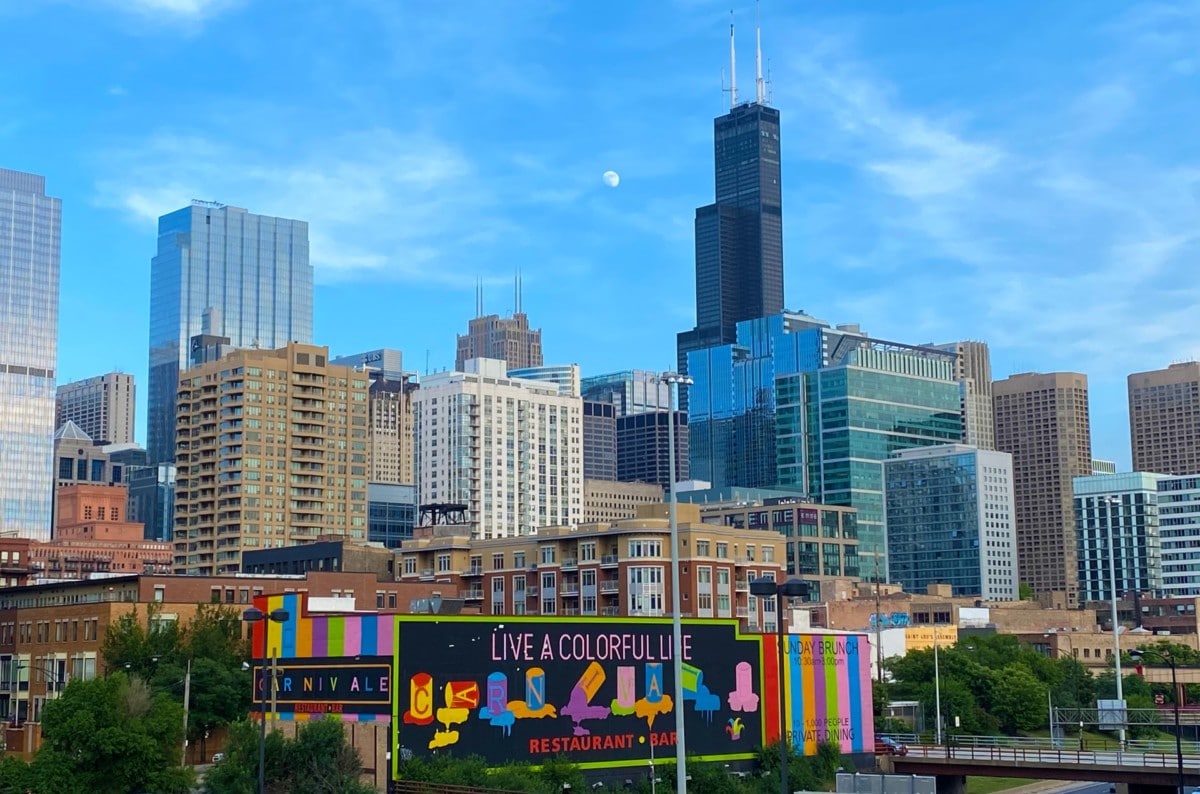 A hidden gem in the Lincoln Square neighborhood

Founded by German immigrants, Lincoln Square brings a bit of Germany to the Windy City. The area boasts independently owned boutiques and specialty shops, plus many restaurants and bars serving traditional German eats.

Get lost in a good book at The Book Cellar

The shelves in The Book Cellar are always stocked with the best reads – from bestsellers to quirky finds. While you’re browsing, you can even sip on a glass of wine from their café. Plus, it’s an excellent spot for connecting with your community. They host the best author events with local and national writers and coordinate various unique book clubs. – Stephanie, Stephanie Storey

A hidden gem in the Portage Park neighborhood

Located on the northwest side of Chicago, Portage Park is Chicago’s largest Polish neighborhood. The area is named for its picturesque park and is home to the National Veterans Art Museum, where you’ll find thought-provoking art created by veterans.

If you are visiting Six Corners in the Portage Park community, you must stop at Hot Dog Box to try their classic and unique hot dog creations. This new addition is run by a father/daughter team and started as part of a business pivot during the pandemic. The space is inviting and family-friendly, with large board games and other tabletop activities. – Amie, Six Corners Association

A hidden gem in the Bucktown neighborhood

There’s always something going on in the Bucktown neighborhood, one of Chicago’s trendiest areas. From excellent coffee shops and cafes to shops and music venues, Bucktown is full of places you’ll want to explore.

Kim, the owner of Red June Café, is amazing and friendly. The staff is knowledgeable and always welcoming. High-quality coffee and food items, and they have a super cute floral painted wall on the outside, so you can’t miss it. – Ashlee, Ray’s Bucktown B & B 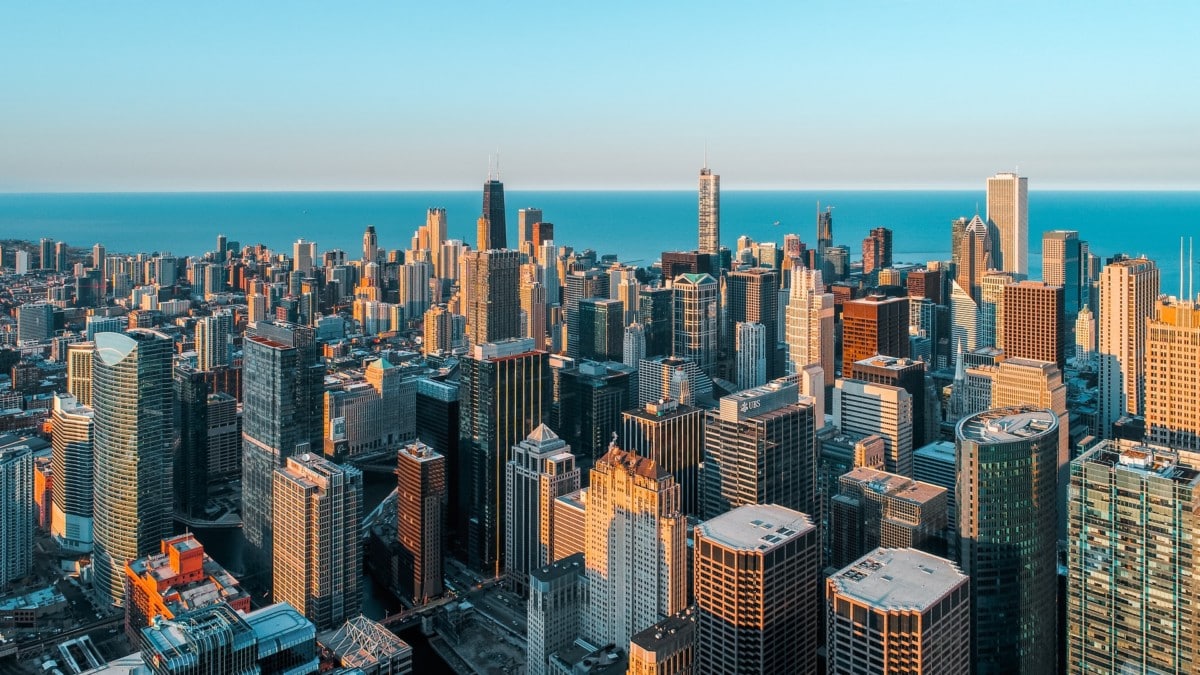 A hidden gem in the Hermosa neighborhood

Situated on the northwest side of Chicago, the Hermosa neighborhood is a cozy residential community. Hermosa is for you if you’re looking for a quiet area close to downtown.

Try a quesabirria at Tacotlan

Tacotlan in the Hermosa neighborhood is something you need to try. One bite of their quesabirria tacos dipped in their Tapatio hot sauce quesabirria ramen bowls, and you’ll be hooked. Bring a friend and $30, and you’ll eat like royalty. – Sean, Number Six with Cheese

A hidden gem in the St. Ben’s neighborhood

Named for the 100-plus-year-old parish at its center, St. Ben’s neighborhood lies on Chicago’s north side and is a great area to escape the hustle and bustle of downtown Chicago. This charming community is full of independent neighborhood haunts you need to check out.

If you want to transport to Germany, this local German, family-owned business is just the spot. Lashett’s Inn is known for its expansive beer menu and the best spaetzle, sauerkraut, and sausages around! Lashett’s has kept its old-world feel and is a mainstay of the St. Ben’s neighborhood. – Amy, Chicago Arts Partnerships in Education

A hidden gem outside of the city

If you’re outside downtown Chicago, don’t worry; there are many hotspots to visit including many shops and restaurants.

The best Greek restaurant on Chicago’s Northwest side is Plateia Mediterranean Kitchen. You have to try the Paidakia; it melts in your mouth. Another great choice is Feta Me Meli –  a hot croissant with baked imported feta with honey, sesame, phyllo, and fig. The restaurant has a great atmosphere, Greek music, an outdoor patio, and attentive servers. – Mircea, Echo Limousine

10 Most Affordable Chicago Suburbs to Live In

Learn What Locals Love About Chicago