Home Prices Up 5.3% in July, Continuing a Trend of Moderating Growth

Sales Rebounded, up 4.1%, as Inventory Declined Just 5.4% from Last Year

San Jose, Seattle and Portland Posted Double-Digit Inventory Increases for the Second Month in a Row

Home-Selling Speed Slowed Dramatically in Washington, D.C. as it Accelerated in Indianapolis and Atlanta

The number of homes for sale in July was down 5.4 percent year over year. This marks the third month of supply declines around 5 percent following 19 months of inventory declines of over 7 percent.

Homes that sold in July went under contract in a median 35 days, three days faster than last year and one day slower than in June. While homes are still selling near a record-fast pace, there are some signs competition is waning. For the first time since March 2015, the share of homes that sold above asking price declined year over year– albeit slightly– from 26.5 in July 2017 to 26.2 percent last month. Twenty-eight percent of homes on the market in July had a price drop, the largest share on record since Redfin began tracking this metric in 2009, and a 3.2 percentage-point increase over last July. It’s worth noting that the share of homes with price drops typically peaks each year in July or August.

For the second month in a row, inventory increased year over year by double digits in San Jose, California, (28.0%) Seattle (27.0%) and Portland, Oregon, (21.8%). These markets also experienced sales declines of 11.9 percent, 6.4 percent and 6.1 percent, respectively. In Portland, homes took a median 15 days on market (DOM) to sell, a full week longer than last July. In San Jose (16 DOM) and Seattle (9 DOM), it took one and two days longer, respectively, for homes to find a buyer this July compared to last year.

Taylor Marr, Redfin senior economist, said, “The Bay Area, Seattle and Portland have been so competitive for so long that buyers and sellers have adjusted to those conditions and may feel uneasy about the changes we’re seeing in the market. After several years of shrinking inventory and unsustainable price growth, I’m encouraged by these changes as a signal that we may be returning to a healthier, more balanced market.”

“I recently listed a gorgeous D.C. home at a price we thought would attract multiple offers the first week, but despite a lot of tours, it took three weeks to receive an offer. That kind of buyer reluctance is becoming more common, so it’s important that sellers are informed about what’s been happening over the past few weeks, instead of aligning their expectations with what happened in April or May.”

While these hot coastal markets are showing signs of cooling, competition is heating up in some smaller, inland metros. In Indianapolis the typical home that sold in July found a buyer in 10 days, 25 days faster than last July. In Atlanta (23 DOM); Rochester, New York (15 DOM); Buffalo, New York (14 DOM); and Knoxville, Tennessee (55 DOM), homes sold more than two weeks faster this year compared to last year.

Jake Johnson, Redfin’s market manager in Indianapolis, said a drastic year-over-year decline in inventory (-27.6%) is causing competition to escalate. “We’re caught in the cycle where sellers are afraid to list because they aren’t sure if they’ll find a home to buy. In popular neighborhoods, homes that would have received two or three offers last year are getting eight to 10. Homes in the $250,000 to $350,000 price range are going under contract within days. Because Indianapolis hasn’t traditionally been a hot market, we’re educating buyers about how the market is changing and how we can craft an offer to win in a bidding war.”

The post Home Prices Up 5.3% in July, Continuing a Trend of Moderating Growth appeared first on Redfin Real-Time. 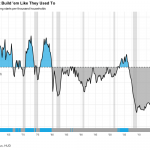