With economic conditions working in favor of homebuyers, REALTORS® reported an uptick in homebuying traffic in March 2019 compared to one year ago, according to NAR’s March  2019 REALTORS® Confidence Index Survey.[1] Low mortgage rate, a record low unemployment rate since 1953,  sustained job creation of more than 2 million per year since 2012, and an increase in real wage growth are all working in favor of homebuyers.

The REALTORS® Buyer Traffic Index increased to 63 in March 2019 (55 in February 2019), the fourth month of sustained recovery after it dipped to a low of 44 in November 2018 when mortgage rates hit almost five percent. But buyers started house-hunting again as mortgage rates started falling in December 2018 when the Federal Reserve put a hold on interest rate hikes for the year and adopted a patient policy stance. As of the week of May 9, the 30-year fixed rate has climbed down to near four percent, to 4.11 percent.[2] The REALTORS® Buyer Traffic Index leads existing and pending home sales by one to two months so the uptick in the March index indicates a stronger market in May, along with the seasonal uptick in homebuying activity. 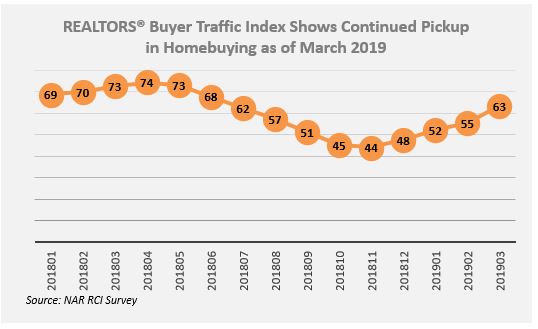 NAR’s Pending Home Sales Index, which is an index of contracts signed, has generally been trending up since December 2018, except for a temporary dip in February, which appears to have been a temporary blip, perhaps due to the government shutdown during December 22, 2018 through January 25, 2019 and adverse weather conditions (e.g., polar vortex, bomb cyclone hurricane) that hit the Midwest and states from Minnesota down to Texas. 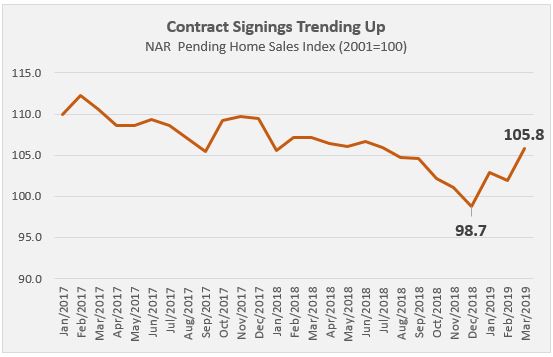 Buyer traffic conditions were stable or stronger during the 3-month period of January—March 2019 compared to the same period one year ago in 47 states and in the District of Columbia. However, REALTORS® reported weaker buyer traffic in California, Connecticut, and West Virginia.  Respondents from California have reported the lingering negative impact of the California wildfires on the supply of and demand for homes in affected areas. However, the lower mortgage rates and decline in prices in CA metros such as San Francisco should make homes more affordable and cause a pickup in homebuying activity in the coming months. Respondents from California and Connecticut also reported that high property taxes and the $10,000 limit on the combined itemized deduction for property taxes, state and local income tax (SALT)— are negatively affecting homebuying. 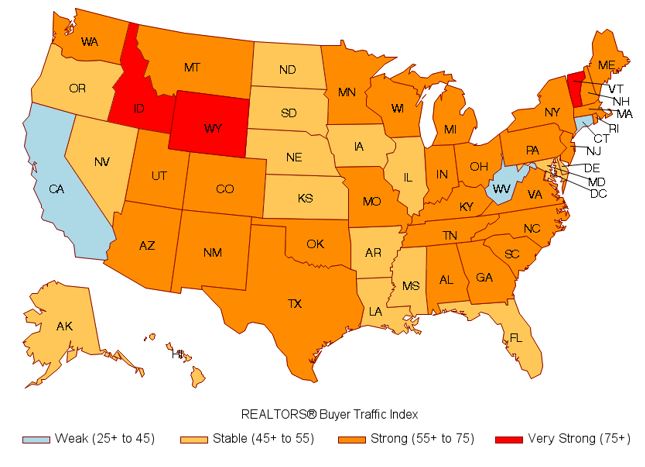 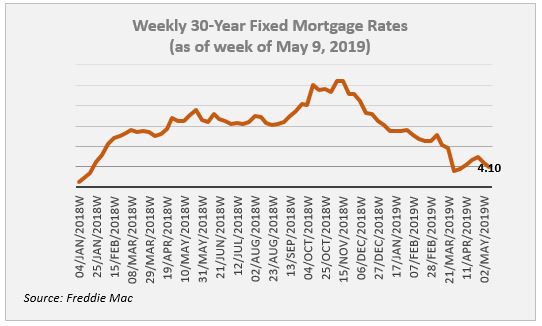 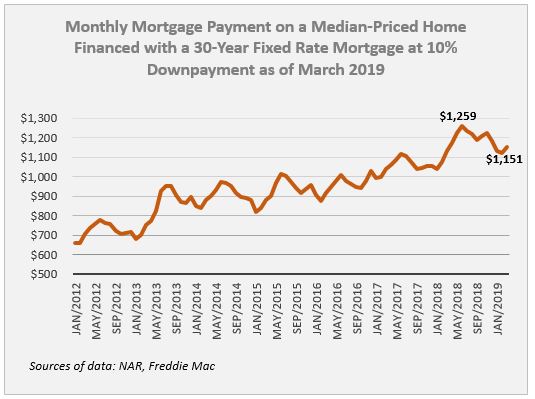 The decline in mortgage rates is not the only positive factor underpinning the pickup in homebuying. Perhaps more important is the strong job and wage growth. The unemployment rate fell to a low of 3.6 percent in April 2019, the lowest since 1953; 2.6 million net new jobs were created as of April 2019 from one year ago; and the number of unemployed fell to 5.8 million from 6.3 million one year ago.  Wages continue to increase at a faster pace than inflation, with average weekly wages rising at nearly three percent in April 2019 from one year ago, ahead of inflation of two percent. Economic conditions are pointing to an increase in homebuying activity, which REALTORS® are seeing on the ground! 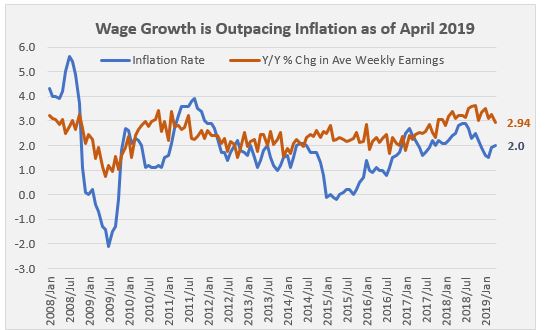 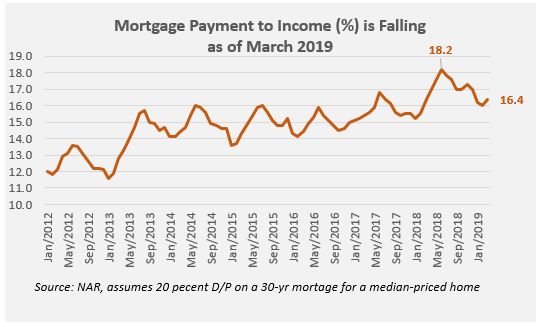 [1]In a monthly survey of REALTORS®, NAR asks respondents “Compared to the same month (January) last year, how would you rate the past month’s traffic in neighborhood(s) or area(s) where you make most of your sales?” NAR compiles the responses into an index, where an index above 50 indicates that more respondents reported “stronger” traffic than “weaker” traffic.  In generating the buyer traffic index at the state level, NAR uses data for the last three surveys to have close to 30 observations. Small states such as AK, ND, SD, MT, VT, WY, WV, DE, and D.C., may have fewer than 30 observations. The index is not seasonally adjusted, so a year-over-year comparison is appropriate. 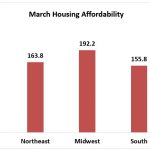 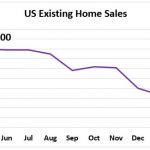