Powered by IBM’s natural language technology, a new earpiece (available now!) is said to be able to translate between seven languages within three to five seconds. It’s hard to think that the real estate industry couldn’t benefit tremendously from technology like this.
Hashtag WhatTookThemSoLong: A new mousepad from Logitech will wirelessly charge a computer mouse.
If you think Apple’s foray into mobile payment services (think Venmo) is a big deal, wait until you read about this.
Android users: the new “Android Excellence” program (in the Google Play store) suggests apps curated by Google’s editorial team.
In March of this year, 10 percent of electricity produced in the U.S. was produced by wind and solar resources. That’s a record that probably won’t stand for very long, and that’s a good thing. 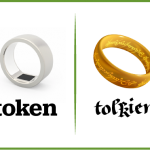