The median sales price of all existing homes sold rose to its highest level in May 2018, to $264,800. This peak price exceeds the housing bubble peak of $230,400 in July 2006. The median sales price of existing homes sold has been trending up (on a year-on-year basis) in the past 75 months since March 2012. This also represents a 71 percent nominal increase from its lowest level in January 2012 of $154,600. However, netting out the effect of inflation, the May 2018 inflation-adjusted median home sales price is at $172,928. This is still 11 percent lower than the inflation-adjusted peak price of $193,781 in June 2005. On an inflation-adjusted basis, home prices have increased 58 percent since February 2012.

An inflation-adjusted measure of house prices provides useful information for both current homeowners and for homebuyers. For current homeowners, a desirable situation is one where home prices are appreciating at a faster rate than inflation, so that they get a positive real return. For homebuyers, a desirable situation is one where home prices are not appreciating too far off from the overall increase in prices (inflation), so that households are not forced to make significant adjustments to their spending behavior just to purchase a home. Moreover, home prices should not be appreciating too far ahead of the rate of increase in income (which is also tied to some extent to inflation), which makes a home purchase unaffordable. 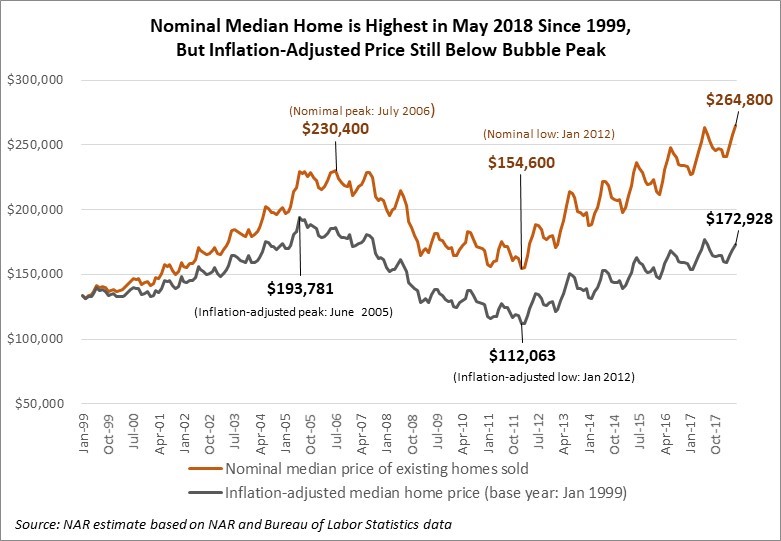 The median sales price of existing homes sold at the nominal and inflation-adjusted levels are still rising, but the pace of appreciation has slowed compared to the double-digit growth rates in October 2012‒ January 2013. Although the May 2018 nominal median home price of $264,800 is a new high, this represents a modest appreciation of 4.9 percent (year-on-year basis) compared to the average price appreciation of 8.5 percent during the bubble period and the 7.0 percent average during this current recovery period.  The inflation-adjusted median home price rose by 2.0 percent in May 2018, also a slower pace of appreciation compared to the 5.7 percent average during the housing bubble period and the 5.5 percent average during this recovery period. This indicates that, nationally, the real estate market during this recovery period has not overheated to the same intensity as that of housing bubble period of January 2012–July 2006. 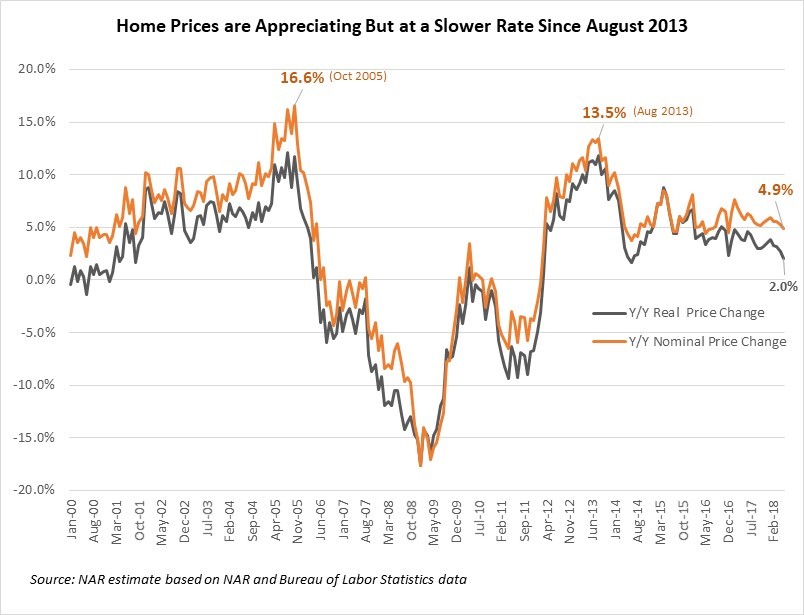 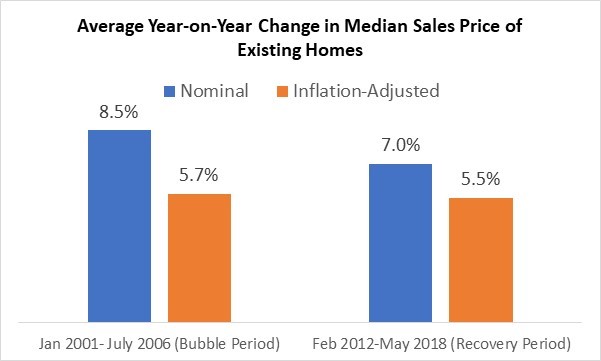 The pace of price appreciation has started to taper off as home prices have become less affordable, along with interest rates on the rise. Home prices have been rising at a faster pace than income, making a home purchase less affordable.  As of 2017, the median sales price of existing homes was up 40 percent compared to the annual average in 2012, while incomes (measured by weekly earnings) were up by only 12 percent. 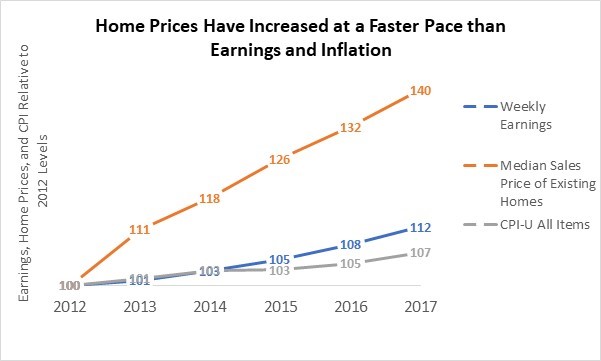 Interest rates are still at historically low levels, though they are on the rise, as monetary policy is expected to tighten in response to rising inflation.  The 30-year fixed-rate mortgage has increased to 4.62 percent during the week of June 14 compared to 3.91 percent nearly one year ago. A one-percentage point increase in mortgage rates increases the monthly mortgage by $119 (or $1,426 annually) for a borrower making a 20 percent down payment and by $143 for a borrower making a 3.5 percent down payment (or $1,720 annually). For some borrowers, this additional cost can mean the difference between buying or renting.

In summary, nominal home prices are above the peak seen during the bubble years, but the inflation-adjusted price is still below the housing bubble peak. Moreover, while home prices are still increasing, the pace of price appreciation is slowing, as demand is adjusting to the higher price and rising mortgage rates. The trends indicate that the pace of price appreciation during the current recovery period is not likely to reach the intensity of the housing bubble period on a national scale. 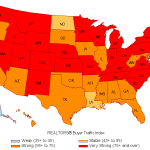