No Breakout in Home Sales Despite Good Economy

The economy is quite strong. Job gains for 91 consecutive months have brought the unemployment rate to its lowest level since the year 2000. The latest unemployment rate of 3.8% in May corresponds to 155 million Americans with jobs and only 6.1 million without one and still searching. A very rare event is occurring in the economy as well: the total number of job openings exceed the number of unemployed today. Theoretically, the unemployment rate could be zero, if those unemployed had the required skill sets and were willing to move the locations where there are job openings. At the depths of the recession 8 years ago, there were over 15 million people unemployed and only 2 million job openings.

The tight job market is forcing employers to compete aggressively over the sparse number of those still without a job or by trying to recruit workers away from other firms.  The average hourly wage rate reached $22.59, which is an increase of 2.8%, the strongest gain in nearly a decade. The retail trade sector is offering one of the bigger wage bumps by way of a 4.4% gain to an average hourly pay of $15.93. For business owners with HELP WANTED sign on the window, keep this in mind. The wages of construction workers are also outpacing the average pay growth with a 3.6% gain to reach $27.50 per hour.

In addition to the wage growth, the total net worth of the country has been successively hitting new highs with each passing quarter. Right before the Great Recession, the total net worth of all households combined was $66 trillion. It then plunged to $55 trillion as home values and the stock market corrected. Today, net worth is likely to have surpassed $100 trillion (it was $98.7 trillion at the end of 2017) as both home prices and the stock market are essentially setting new highs. 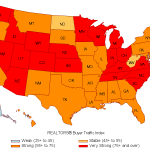 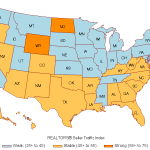