Out of The Blueprint, TenTen to downtown 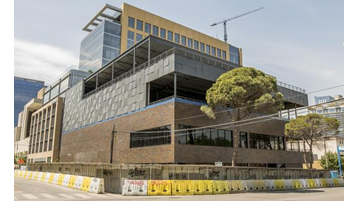 The second Austin-area location of The Goodnight, a combination bar-and-bowling hangout, is planned for the second floor.

An upscale cocktail lounge called Mayfair is set to open on the third floor late 2018.

The fourth floor will be an event venue, and there could be a naming rights opportunity for sponsors interested in attaching their brand to the space says developer The Goodnight Group.

The Blueprint stands out on a stretch of West Sixth St. mostly occupied by low-rise former warehouses that have been converted into trendy bars and eateries.