The chart below shows buyer traffic conditions in November 2017–January 2018 compared to conditions one year ago, according to the  January 2018 REALTORS® Confidence Index Survey.  Except in two states, REALTORS® reported that buyer conditions were “stable” (unchanged) to “very strong” compared to conditions one year ago, including in the District of Columbia (unchanged).[1]  The states with the strongest buyer traffic are Washington, Idaho, Nevada, and Utah. Respondents from Texas and Florida, states which were hit by hurricanes Harvey and Irma, generally reported “strong” buying activity compared to one year ago. On the other hand, REALTOR® respondents from Alaska and West Virginia respondents generally reported “weak” buyer traffic compared to one year ago, and this may be related to the effect of the slump in oil prices since 2015, though oil prices have started to firm up again in 2017 as OPEC cut its oil production. 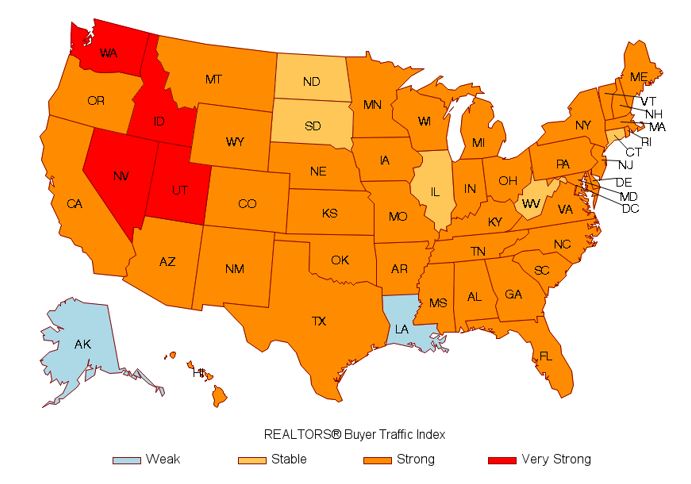 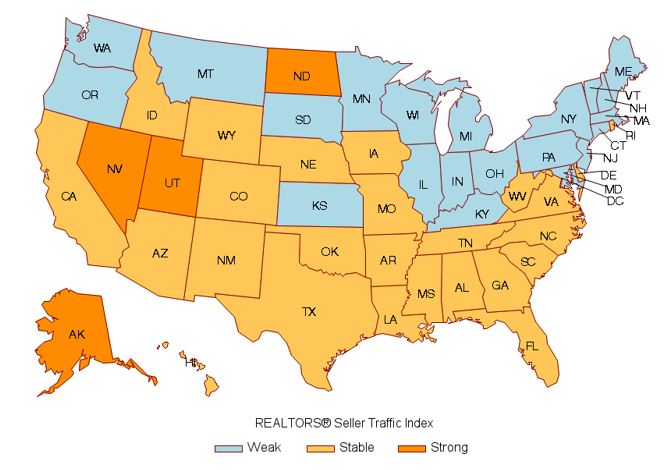 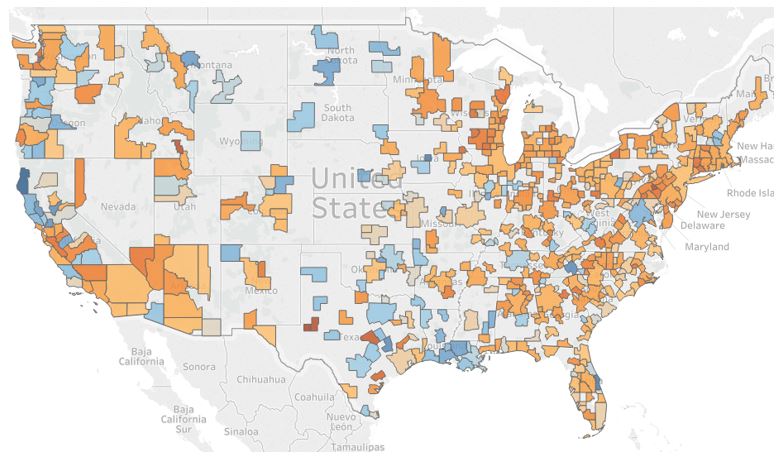 Nationally, the REALTORS® Buyer Traffic Index registered at 69 (66 in December 2017; 63 in January 2017), while the REALTORS® Seller Traffic Index was at 44 (47 in December 2017; 41 in January 2017). An index above 50 indicates that more respondents reported stronger than weaker conditions compared to one year ago, so the data indicates that homebuying demand continues to outpace supply. 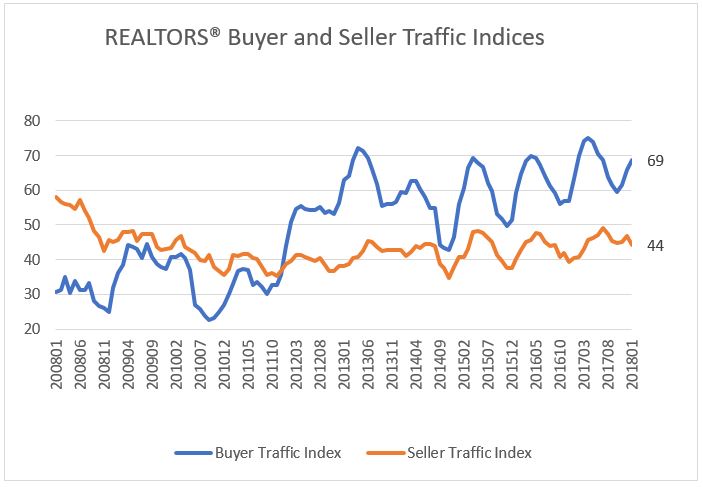 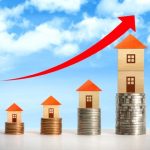