Redfin Survey: 15% of Respondents Sold Their Home or Did Not Buy Last Year Because of Worry Over Immigration Policies

From November 1 to December 6, 2017, Redfin commissioned a survey of 4,270 U.S. residents in 14 metropolitan areas who bought or sold a home in the past year, attempted to do so, or planned to do so soon. The goal was to better understand the perspectives and experiences of people who were recently in the market to buy or sell a home.

This is the first in a series of three reports Redfin will issue based on the survey, focusing on results related to politics and society. Subsequent reports will focus on results about the economy, affordable housing and technology’s effect on the way people buy and sell homes.

15% of respondents sold their home or did not buy because of restrictive immigration policies and proposals.

Eight percent of respondents said they sold their home in the last year because they were worried they wouldn’t be able to stay or work in the U.S. much longer. Seven percent did not purchase a home for the same reason.

“I’ve seen buyers finally get offers accepted, only to cancel the contracts,” said Gabriella Stwart, a Redfin agent in Bellevue, Washington. “We’re having conversations with professionals working at large companies who are eager to sell or not buying because their visas are expiring or close to it and might not be extended.”

The survey results reveal that housing markets in certain parts of the country are more likely to be affected by immigration policy. Among respondents in the Los Angeles area, 32.7 percent said they sold or did not buy a home because they were worried they wouldn’t be able to work or stay in the country much longer. In Baltimore, 18.5 percent said the same, as well as 16.8 percent in San Francisco.

18% of millennials who bought a home moved to a community where they were the political minority.

These results suggest that millennials may be more tolerant of political diversity. Younger people are also less likely than other age groups to be married with children, making cross country moves easier.

Forty-seven percent of millennials who bought a home last year said their employer lets them work remotely most of the time, 6 points higher than Gen X and 16 points higher than Baby Boomers. Asked how their employer’s remote work policy affected their decision on where to move, these millennial buyers most commonly said they prioritized better weather (19%), more affordable homes (17.8%) and lower taxes (16.9%).

“Red states like Arizona and Texas where we’re seeing high levels of incoming migration from the coasts may turn purple someday soon, thanks in part to millennials on the move,” said Nela Richardson, Redfin chief economist. “As young people leave their comfort zones in search of affordable housing, the result will be a less politically polarized country over time.”

37% of people of color felt they may have been discriminated against when trying to buy a home, down from 43% in May.

Fewer people of color who purchased a home, or tried to do so, said they felt that a seller was less eager to work with them because of race than in our May 2017 survey. In our year-end survey, 37 percent of African American, Arab American, East/South Asian American, Latino/Latina, and Native American respondents who bought or tried to buy a home in the last year said they felt that sellers or their agents were less eager or may have been less eager to work with them because of their ethnicity or race, compared to 43 percent in May.

“The two data points we have about the perception of discrimination in housing reveal just a snapshot of what amounts to a short moment in our country’s long history of racial inequality in housing, and change in the actual incidence of such discrimination is likely to happen only slowly over many years,” said Nela Richardson, Redfin chief economist. “It’s more likely that that the trend we see in this snapshot reveals an aberration last year around the contentious Presidential election, when racial tensions and anxiety about discrimination were heightened. However, when it comes to where people can live, work and go to school, the idea that more than a third of people of color buying a home still don’t believe that their money is as good as anyone else’s is a massive problem.”

Redfin contracted SurveyGizmo to field a study between November 1st and December 6th, 2017 of 4270 people from the general population who indicated they had bought or sold a home in the past year, tried to buy or sell a home in the past year or plan to do so this year. The survey targeted 14 major metro areas (Austin, Baltimore, Boston, Chicago, Dallas-Fort Worth, Denver, Los Angeles, Phoenix, Portland, Sacramento, San Diego, San Francisco, Seattle and Washington, D.C.

The post Redfin Survey: 15% of Respondents Sold Their Home or Did Not Buy Last Year Because of Worry Over Immigration Policies appeared first on Redfin Real-Time. 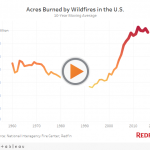 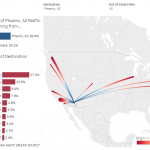