As expected, mortgage rates have crept up from below 4 percent in late 2017 to greater than 4.5 percent in June for an average 30-year fixed-rate mortgage. But few homebuyers are halting their searches.

In May, Redfin commissioned a survey of more than 4,000 people who had bought or sold a home in the last year, attempted to do so, or planned to do so soon.

Among the more than 1,300 respondents who planned to buy a home in the coming year, just 5 percent said they’d call off their search if rates rose above 5 percent. Twenty-four percent of buyers said such an increase would have no impact on their search. These results are consistent with those from similar surveys Redfin commissioned in May and November of 2017.

“Homebuyers are well aware that higher mortgage rates means higher monthly payments, but mortgage rates remain very low, historically, and buyers will make compromises,” said Taylor Marr, senior economist at Redfin. “Most of the pressure buyers are feeling is from competition for a very limited number of homes for sale. The fact that such a small share of buyers will scrap their plans to buy a home if rates surpass 5 percent reflects their determination to be a part of the housing market.”

Here’s how buyers said they would react if mortgage rates were to rise above 5 percent:

Redfin contracted SurveyGizmo to field a study between May 1 and 18, 2018 of 4,264 people from the general population who indicated they had bought or sold a home in the past year, tried to buy or sell a home in the past year or plan to do so this year. This report focused on responses from the 1,315 people who indicated they plan on trying to buy a home in the next 12 months. The survey targeted 14 major metro areas (Austin, Baltimore, Boston, Chicago, Dallas-Fort Worth, Denver, Los Angeles, Phoenix, Portland, Sacramento, San Diego, San Francisco, Seattle and Washington, D.C.).

Comparisons were made using results from similarly commissioned surveys conducted by SurveyGizmo in May and November 2017. 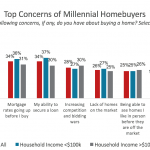 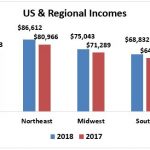