For 25% of Americans, telecommuting increases after a move.

With unemployment at the lowest level in decades and wages stagnant, the chance to telecommute is allowing U.S. workers to move to more affordable areas, while maintaining their salaries. Of those who do move to a new metro area, 1 in 4 work remotely more frequently after relocating, according to a new survey conducted by Redfin.

“The job market is very tight and employers want to hold on to people, so companies are much more willing now to allow workers to move,” said Redfin chief economist Daryl Fairweather. “Plus, technology has enabled employers to let staff work remotely in a cost-efficient and productive manner.”

Of all eligible survey respondents, more than half (51.1%) work remotely sometimes or always after their move, compared with just 44% who worked remotely before the move. 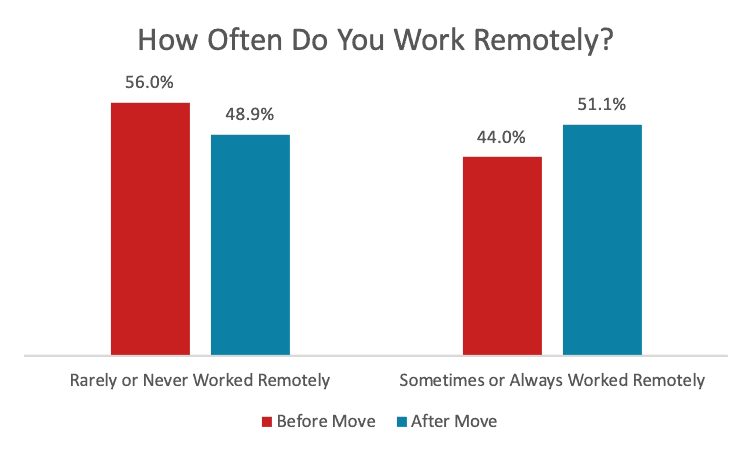 One way employers may be battling salary increases and supporting retention is by offering employees the ability to work remotely instead of higher wages, Fairweather said. For employees, the chance to work remotely allows them to move to a more affordable place while maintaining their salary.

Survey respondents listed varying reasons for packing up their lives. The most common primary justification was more affordable housing (25.7%). In second place came proximity to family/partners (21.2%), followed by retirement (17.9%). 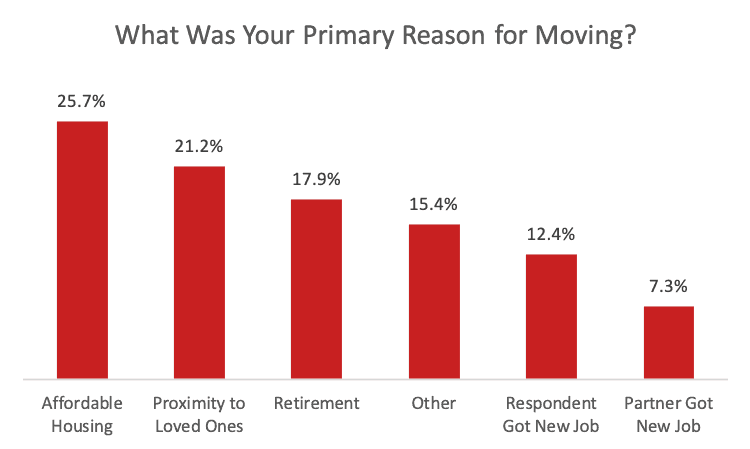 While only a quarter of participants move for affordability, almost 60% said their ability to afford non-housing expenses and leisure activities improved after their relocation.

About 1 in 7 respondents said they wouldn’t have been able to move without the ability to work remotely. Of people who moved specifically for affordability reasons, a slightly higher share said they couldn’t have relocated without remote work, indicating that remote work has enabled workers to move to areas with more affordable homes.

The most common metros respondents migrated away from for affordability reasons were the Bay Area, Los Angeles, and Seattle, while the most popular metros people moved to for affordability were Phoenix, Sacramento, CA and Portland, OR.

In the fourth quarter of 2019, 26% of Redfin.com home searchers looked to move to another metro area, up from 25% during the same period of the prior year, according to a Redfin report from February. That tied the all-time high for the national share of home-searchers looking to relocate that was set in the third quarter of 2019. Phoenix, Sacramento and Las Vegas saw the highest net inflows. 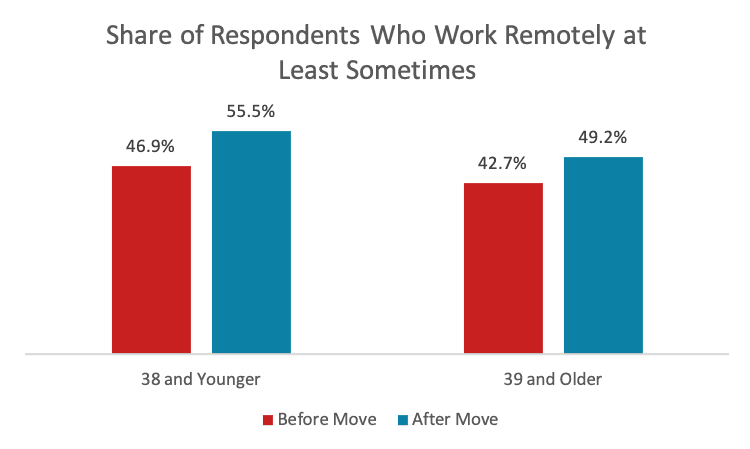 Redfin conducted a survey in December 2019 of 272 U.S. residents who indicated that they either moved to a new metro area within the past year or have plans to do so within the next year. All respondents were asked about why they moved, where they moved to and from and how remote work played into their relocation. About 75% of people surveyed resided in Los Angeles, San Francisco, New York, Seattle or Boston.

For more information about the survey and its findings, contact press@redfin.com.