Robots are Starting to Do Showings

A company called Zenplace in San Francisco is using robots to help its agents conduct showings. When people arrive at the unit, they’re greeted by what amounts to an iPad on a mobile stand that leads them around, but it’s personalized; it’s the agent’s image and voice that people see and hear. Other companies are coming out wirh their own versions of this.

It’s a good question whether this type of automation will take off. As people get used to buying goods at automated stores in which everything is done with your phone or credit card and no employees are around, it’s feasible mobile iPads will do the trick at showings.

Whether you like the idea or not, it’s a trend that’s poised to hit your industry. There are other tech trends you’ll be faced with whether you like them or not. One is a kind of virtual tour that’s more immersive than what you get by just wearing goggles. You get an additional tactile component, because you’re wearing gloves with sensors. Now you feel the door handle when you open the refrigerator as well as see it in multiple dimensions.

Will this be the norm six years from now? Who knows, but now that the genie’s out of the bottle, it’s not likely to get put back in.

REALTOR® Magazine spent a few days at CES in Las Vegas two weeks ago and brought back coverage of all types of tech innovations coming to real estate. CES stands for Consumer Electronics Show and it’s the big showcase each year at which companies try to wow people with what the’re cooking up for us.

You can learn more about CES and also about real estate robots in the latest Voice for Real Estate video. The video also looks at something the U.S. Department of Labor did a few weeks ago that could eventually be important to you because it promises to get the real estate industry one step closer to setting up association health plans (AHPs) for independent contractors.

The agency proposed adding “working owner” to the definition of employer for purposes of setting up AHPs, which would enable sole proprietors and small business owners to ban together for insurance under the large group market, which could make coverage available more cheaply than under the small group market. There remain a lot of hurdles, but this was a crucial step in the right direction.

The video also looks at the three-day federal government shutdown and what could happen to your pipeline of homes sales if there’s another one in a few weeks, which could happen since the short-term budget law expires in early February. If your buyers are applying for FHA-backed financing, they would probably be okay, although processing might take a bit longer. But if they[re buying a new house in a flood area, they might not be able to get flood insurance, and that would mean a delay in  closing. 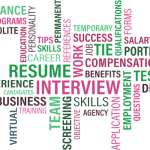 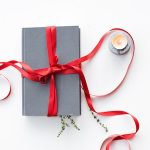