SB-827: a Win for Affordability or Just a California Dream?

If you’ve ever lived in one of California’s major cities besides San Francisco without a car, you may have noticed that life on local public transportation isn’t all that convenient. Add in the competition and added expense of finding housing along an already limited transit system, and you’ve got a pretty good argument for moving to the suburbs.
However, Californians seeking an urban lifestyle that relies on walking and public transit to get around could be in luck soon.
In a state that remains dominantly reliant on cars for its residents to get around, development around major transit stops hasn’t flourished the way it has in cities like New York and Boston. The new California bill SB-827 seeks to change all of this.
Though San Francisco is already California’s most walkable city, its Senator Scott Wiener is introducing a bill that would enact sweeping changes for development in transit-rich areas in his home city and throughout the state.
The bill intends to free up strict land use controls and residential zoning restrictions in urban California neighborhoods that would allow developers to build larger buildings and do so faster with far less red tape. California needs more housing, and Wiener’s bill aims to provide it around transit hubs, where it can be developed with the smallest impact on traffic.
If passed, SB-827 would facilitate development of countless homes with immediate access to transit. And homes with easy access to transit come with added value. Redfin found that one extra point of Transit Score, a measure of transit accessibility, increases the value of a home by $2,040 on average, and $4,845 in San Francisco.
So what would this look like in action? For transit-rich metro areas throughout the state, it would establish a required minimum height (45-85 feet depending on street width) for new buildings that sit on land adjacent to transit corridors. For San Francisco in particular, SB-827 would up-zone nearly the entire city. The bill would also end parking minimums, making way for skyscrapers around all of California’s subway stops, and other select major avenues. The bill’s passage could positively impact neighborhood vitality, walkability and potentially increase property values for existing homeowners.
If this all sounds too good to be true, it might be.
Some say the bill would be a huge victory in the fight for affordability, but Redfin chief economist Nela Richardson warns against this assumption.
“I would like to see a bill like this succeed, but that doesn’t mean it’s an easy solution.  It’s unlikely that local interests will allow the bill to pass, but even if it does get approval, it’s not a slam dunk that this will be a victory for affordability,” she said. “For instance, builders may choose to develop luxury homes near highly demanded transit-friendly locations. Unfortunately, building without guidelines hasn’t historically created affordable housing.”
Despite the exciting changes some envision if the bill passes, many local homeowners are likely to revolt against it, and strongly. New zoning laws and the increased density the bill would create cause major concerns for risk-averse homeowners. Renters won’t be happy either with concerns about tear-downs and evictions. In a broader sense, opponents of the bill also criticize its precedent of the statehouse strong arming local restrictions.
Though SB-827 paints a pretty picture of the future, those seeking a walkable transit-powered life outside of San Francisco might be California dreaming for now.
The post SB-827: a Win for Affordability or Just a California Dream? appeared first on Redfin Real-Time. 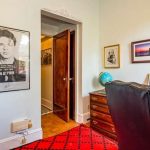 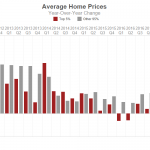