Smart Phones Cost How Much Now? The Answer, And More, In Five For Wednesday

Pricing for the iPhone 8 hasn’t been announced, but many expect it to meet or exceed the close-to-$1000 cost of the Galaxy Note 8.
This is pretty freaky: the frequency range at which voice assistants such as Siri and Alexa listen for commands is far wider than humans can hear; that means hackers can control your voice-supported devices and you wouldn’t even know it.
The U.S. House of Representatives just approved a bill that will make it easier for car companies to test autonomous vehicles. This is good news unless…
…the folks telling us not to get too excited about the near-future of autonomous vehicles are right.
Following the devastation caused by Hurricane Harvey, drones are being used to assess damage to homes, office buildings, roads, and more. (And a reminder that 100% of all funds collected by the REALTORS® Relief Foundation go to disaster relief causes. Donate here.) 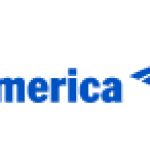