Home prices increased 7.8 percent year over year to a national median sale price of $280,500 in January. Sales were down 7.9 percent annually as the ongoing inventory shortage showed no signs of ending. The number of homes for sale in January dropped by 14.4 percent, the largest year-over-year decline in 28 consecutive months of falling supply.

The typical home that sold in January found a buyer after 53 days on the market, six days faster than January 2017. The percentage of homes that sold above list (19.2%) and the average sale to list price ratio (97.8%) were both up slightly compared to January of last year, setting the stage for a spring market that could be even more competitive than last year.

“Sales volume is typically lowest in January, so while sales fell further than normal, it is not a major cause for concern,” said Redfin senior economist Taylor Marr. “Redfin agents in high-tax states reported that some buyers were hesitant in November and December given the uncertainty around tax reform, which passed in late December. This uncertainty contributed to the drop in January home sales. Potential move-up buyers are now reassessing whether it makes sense to list their homes in the face of higher mortgage rates and less favorable tax treatment for their next home. Some buyers have determined lower deductions may be offset by other tax cuts, but those tax cuts won’t hit buyers’ paychecks for a couple months.”

Redfin agents report eagerness among buyers to purchase a home before mortgage rates inch up further and prices rise any higher– if they can find a home they want to buy.

“Many buyers are concerned about interest rates, but the biggest driver of this market is inventory, not rates,” said Redfin Washington, D.C., agent Joe Krupsaw. “None of my clients have said they’ll change their plans to buy if rates increase. I think when rates hit 4.5 percent we’ll see some buyers reassess their budgets and what they can afford, but they won’t stop looking for a home.”

For yet another month, San Jose was the fastest and most competitive market in the country. The typical home found a buyer in 12 days, 30 days fewer than last January. San Jose homes sold for an average of 9 percent over the asking price, which is the highest sale-to-list price ratio Redfin has recorded in that metro area.

“Buyers in San Jose have shown a complete disregard for recent comparable offers and are coming in swinging in order to win a home,” said Redfin Silicon Valley agent Kalena Masching. “It has gotten to the point where buyers are submitting preemptive offers that are so good it’s not worth the seller to wait for an official offer deadline or the first open house.”

The Redfin Real-Time Housing Market Tracker is a monthly analysis of home prices, competition, sales volumes and inventory levels across the markets that Redfin serves nationwide. The analysis is based on data from the Multiple Listing Services of which Redfin is a member. The monthly data may change after publishing as additional real estate transactions are recorded. 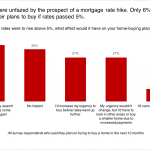 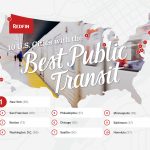