The 10 Fastest-Growing Cities in Illinois

When you think of Illinois, you probably think of McDonald’s, Route 66, and Abraham Lincoln. Often referred to as “The Land of Lincoln” and “The Prairie State,” around 12.7 million people call Illinois home. If you are looking to make a move to Illinois but don’t know what cities to consider, we’ve got you covered. We put together a list of the fastest-growing cities in Illinois that saw the largest population increase from 2017 to 2021. From Schaumburg to Stonecrest, keep reading. One of these cities may just be your next home. 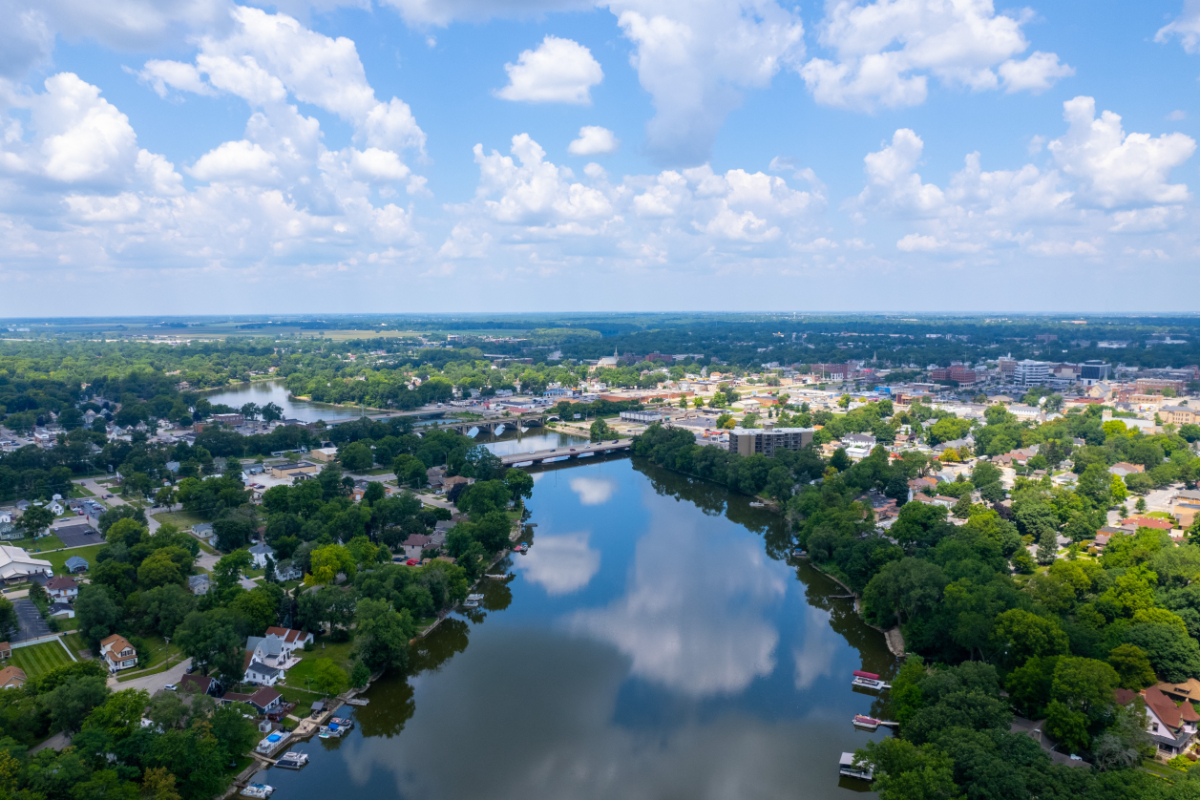 Taking the first spot on our list of the fastest-growing cities in Illinois is Schaumburg, a scenic Chicago suburb with a small-town atmosphere. The city currently has a population of around 77,100, which is an increase of 4% from 2017.

There are many reasons why people are moving to Schaumburg. The city has great parks like Bison’s Bluff Nature Playground, Olympic Park, and Prairie Park.Residents can also spend the day at Spring Valley Nature Center & Heritage Farm or catch a show at Al Larson Prairie Center For the Arts. There are also many unique restaurants like Weber Grill Restaurant, Seasons 52, and Bacowka Restaurant. Regardless of your interests, there’s something for you in Schaumburg.

Known for its cultural and arts scene, Skokie, IL is the second fastest-growing city in Illinois. Skokie saw a 4% increase in population to its current population of around 66,450.

There are countless exciting things to do while living in Skokie such as playing sports at Laramie Park, Lorel Park, and Lockwood Park, enjoying a delicious meal at EJ’s Place, Libertad, and Dengeos, or watching a show at North Shore Center for the Performing Arts in Skokie and Skokie Theatre.

Evanston, IL is best known for being the home of Northwestern University. There are many exciting things to do while living in Evanston. If you want to grab a bite to eat at a local favorite check out Bluestone, Tapas Barcelona, and Peckish Pig. Be sure to take a walk through one of the countless parks like Lovelace Park, Dawes Park, and Penny Park. Lastly, be sure to catch a show at Evanston SPACE, Nichols Concert Hall, and The Virginia Wadsworth Wirtz Center. 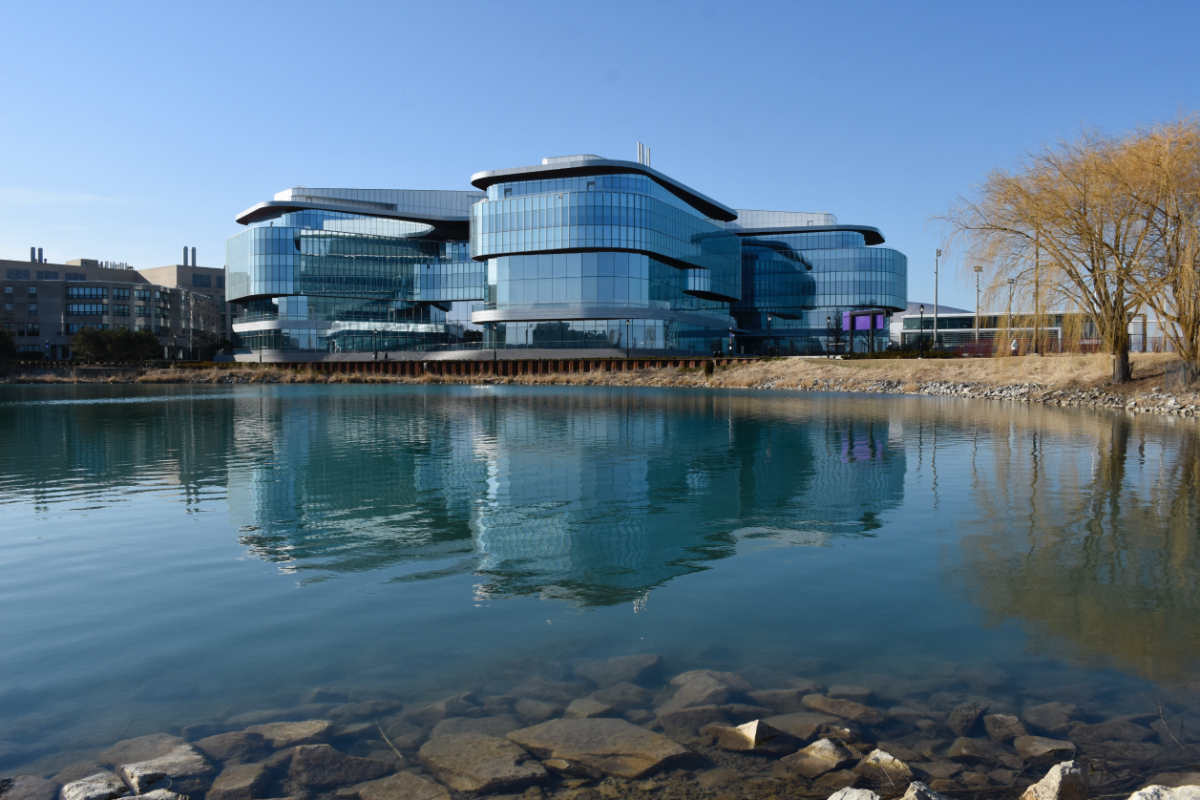 The home of the first McDonald’s restaurant, Des Plaines, IL clocks in at number four on our list. Des Plaines’s current population is about 59,500, which is a 2% increase since 2017.

There are a lot of fun activities to do while living in Des Plaines, from playing sports at Lake Park, Prairie Lakes Park, and Arndt Park to grabbing a quick bite at Giacomo’s Ristorante, Via Roma, and Beacon Tap.

If you’re looking for a great place to live, consider moving to Oak Park. The city was once the home of Frank Lloyd Wright and features a lot of Victorian-style architecture. It is the fifth fastest-growing city in Illinois. Oak Park saw a 2% increase in population since 2017 and currently has around 53,250 residents.

Wondering what’s there to do in Oak Park? You can watch the sunset at Lindberg Park, Fox Park, and Andersen Park, visit the Ernest Hemingway Birthplace Museum and Wonder Works Children’s Museum, watch a show at the Madison Street Theater, or eat a delicious meal at The Little Gem Cafe, Cooper’s Hawk Winery & Restaurant, and Citrine Cafe.

Sixth on our list is Oak Lawn, IL which is known for its diverse population, many parks and forest Preserves, and abundance of shopping and dining options. There are many exciting activities to do while living in Oak Lawn, such as trying delicious food at The Barrel Club, Francesca’s on 95th, and Les Brothers Restaurant, exploring a museum such as the Children’s Museum in Oak Lawn, or setting up a picnic at Memorial Park or Dillon Park.

Oak Lawn currently has a population of nearly 57,100, which is a 2% increase.

Considering moving to Joliet? Known as the “City of Stone ” because of the many limestone quarries that are found in and around the city, Joliet has a population of around 150,400, which is a 2% increase since 2017.

You may be wondering what there is to do in Joliet. From visiting the Joliet Area Historical Museum to relaxing at Pilcher Park Nature – there’s something for everyone in Joliet. Be sure to taste the local cuisine at Juliet’s Tavern, The Reserve, and Metro Grill & Bar, and afterward, catch a show at Rialto Square Theatre and The Forge.

Eighth on our list is Elgin, IL, which is known as the “City of Festivals.” Every year, the city hosts a number of different festivals that celebrate a variety of different cultures and traditions. Elgin also has a historic downtown area which is home to many different shops and restaurants. It saw an increase of 2% to its current population of nearly 114,000.

If you want to know what’s there do in Elgin, look no further than activities such as Lords Park, Wing Park, and Festival Park and venues like The Hemmens Cultural Center, ECC Arts Center, and Children’s Theatre of Elgin. Make sure to check out local favorite restaurants Elgin Public House, Old Republic Kitchen + Bar, and Alexander’s Cafe for a taste of what the city has to offer, and later on visit Elgin History Museum and Elgin Public Museum. There is something for everyone living in Elgin. 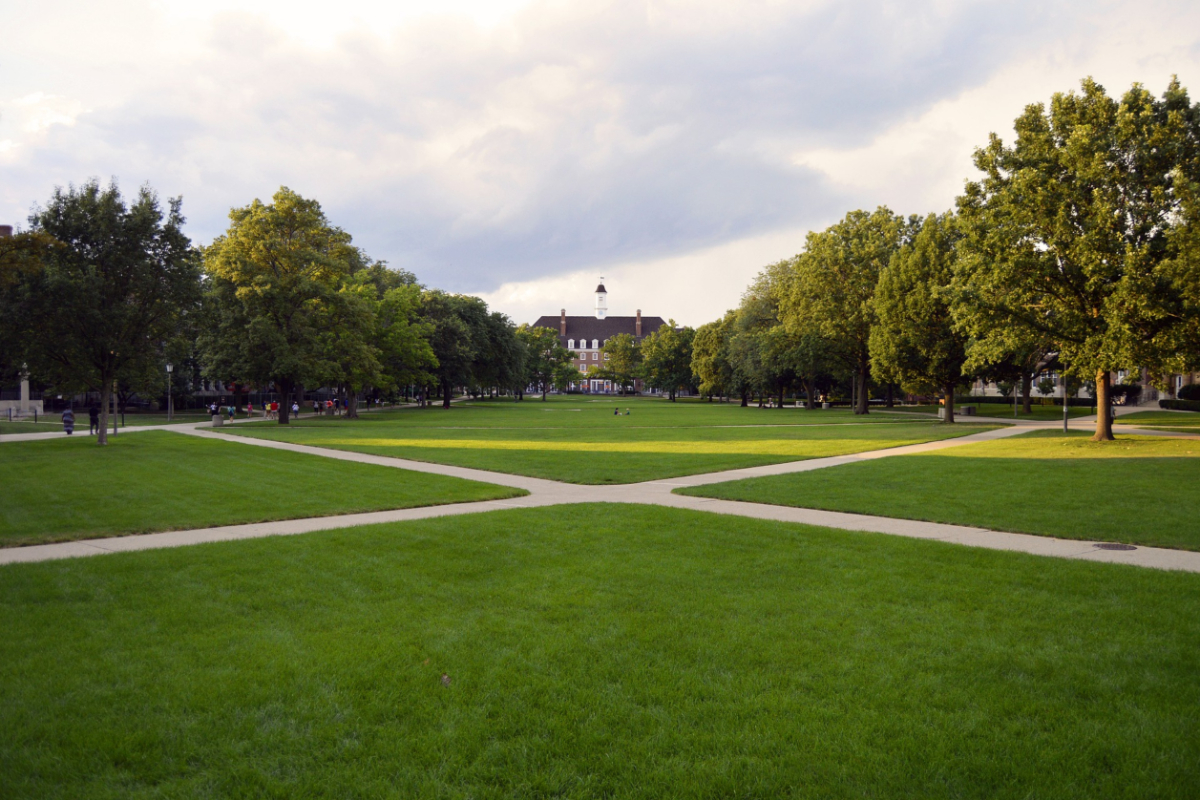 Known for its close proximity to Chicago, excellent school district, and friendly community atmosphere, Mount Prospect, IL is the ninth fastest growing city in Illinois. Nearly 55,550 residents call this city home, which is a 1.58% increase.

Trying to figure out what it’s like living in Mount Prospect? Well, there are many fun things you can check out. You can admire nature at Robert T Jackson Clearwater Park, River Trails Park, and Meadows Park. If you are a foodie, be sure to pay a visit to Emerson’s Ale House, Blackfinn Rnadhurst Grill, and Avanti Cafe.

At number ten is Champaign, IL. Champaign is home to the University of Illinois at Urbana-Champaign. The city is known for its nightlife, especially on Green Street. The population of Champaign is around 89,150, which was a 1.45% increase. .

There is no shortage of fun in Champaign. From parks like West Side Park, Centennial Park, and Hessel Park to museums like Krannert Art Museum, there is so much to check out. If you want to grab a bite to eat, pay a visit to Big Grove Tavern, Seven Saints, and Ko Fusion. Afterward, you can catch a show at The City Center and Virginia Theatre.

Methodology: Population growth was calculated over a 5-year span (2017 vs. 2021). Only cities with a population of over 50,000 were used, as anything smaller is considered a town. Population data sourced from United States Census Bureau. Median home sale price data from the Redfin Data Center during August 2022. Average rental data from Rent.com during August 2022.