The 10 Fastest-Growing Cities in Indiana

Looking to move to Indiana? “The Hoosier State” is best known for its basketball history, motor racing, and farmland. With nearly 6.7 million residents calling this state home, you may just find yourself joining the masses. If you are struggling to figure out what city to call home, we’ve got you covered. We created a list of the fastest-growing cities in Indiana, which saw the largest population increase from 2017 to 2021. From Noblesville to Columbus, keep reading to see what cities made the list. 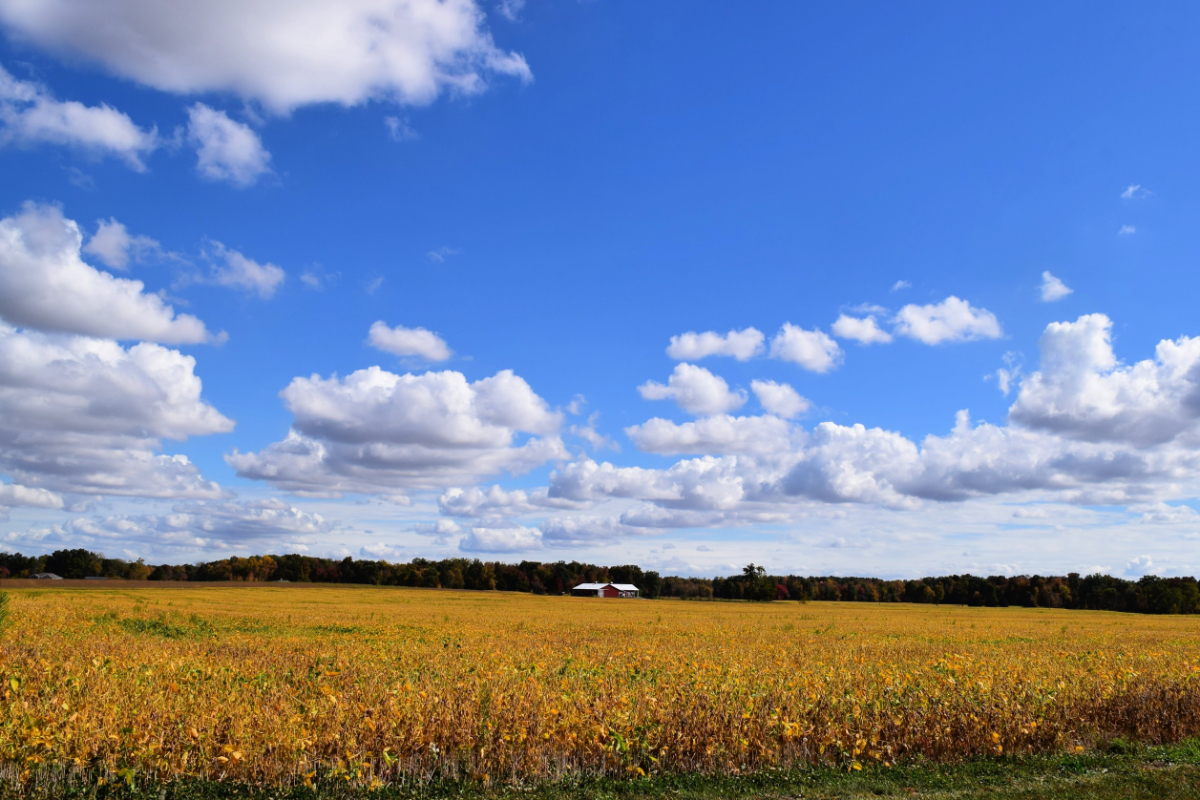 Taking the first spot on our list is Westfield, IN, which is a northernmost suburb of Indianapolis. The city currently has a population of around 50,650, which is an increase of 28% from 2017.

There are many reasons why people are moving to Westfield, including the abundance of wonderful parks like Quaker Park, Macgregor Park, and Asa Bales Park. While in the city, locals can also find many diverse restaurants, including The Italian House on Park, Grindstone on the Monon, and The Mill Tavern.

Noblesville, IN is well known for its historic downtown, many parks and trails, and a large number of antique shops. The city is also home to several annual events, including the Noblesville Farmers Market and the Noblesville Street Fair. Noblesville is the second fastest-growing city in Indiana. It saw a 15% increase in population to its current population of around 70,950.

There are a handful of great things to do in Noblesville, such as playing sports at Dr. James A. Dillon Park and Finch Creek Park, enjoying a delicious meal at Grindstone Public House, Aspen Creek Grill, and Chuy’s, or watching a show at Ruoff Music Center.

Greenwood, IN is best known for its large and historic homes and quaint downtown area. If you want to know what it’s like living in Greenwood, grab a bite to eat at a local favorite check out The Yard Cafe, Valhalla Sandwiches, and Baranof Restaurant. Afterward, you can stroll through one of the numerous parks like Old City Park. Lastly, be sure to catch a show at Greenwood Performing Arts Center.

Greenwood, IN saw a 13% increase in population and has a population of around 64,950.

Fishers, IN takes the fourth on our list of the fastest-growing cities in Indiana. Fishers is a vibrant and developing city that has received national recognition for livability and entrepreneurship. The city saw a 10% increase to its current population of nearly 101,200.

There are many great activities to do while living in Fishers, such as checking out Roy G. Holland Memorial Park, Billericay Park, and Cumberland Park and grabbing a quick bite at Paterson’s, Sahm’s Restaurant, and City Barbeque.

Median sale price: $270,000
Average rent for a 2-bedroom apartment: $1,237
Columbus, IN homes for sale
Columbus, IN apartments for rent

Thinking of moving to Columbus? The city is best known for its unique architecture, which includes thousands of architectural gems located all throughout the city. Columbus’s population increased by 7% to around 50,600 residents.

Want to know what to do in Columbus? Try one of these activities: going for a jog at Mill Race Park, Clifty Park, and Freedom Field, checking out the artwork at Atterbury Bakalar Air Museum, watching a show at the Mishawaka or Midway Tavern, or eating delicious food at Amazing Joe’s Grill, Taku Stead House, and Henry Social Club. 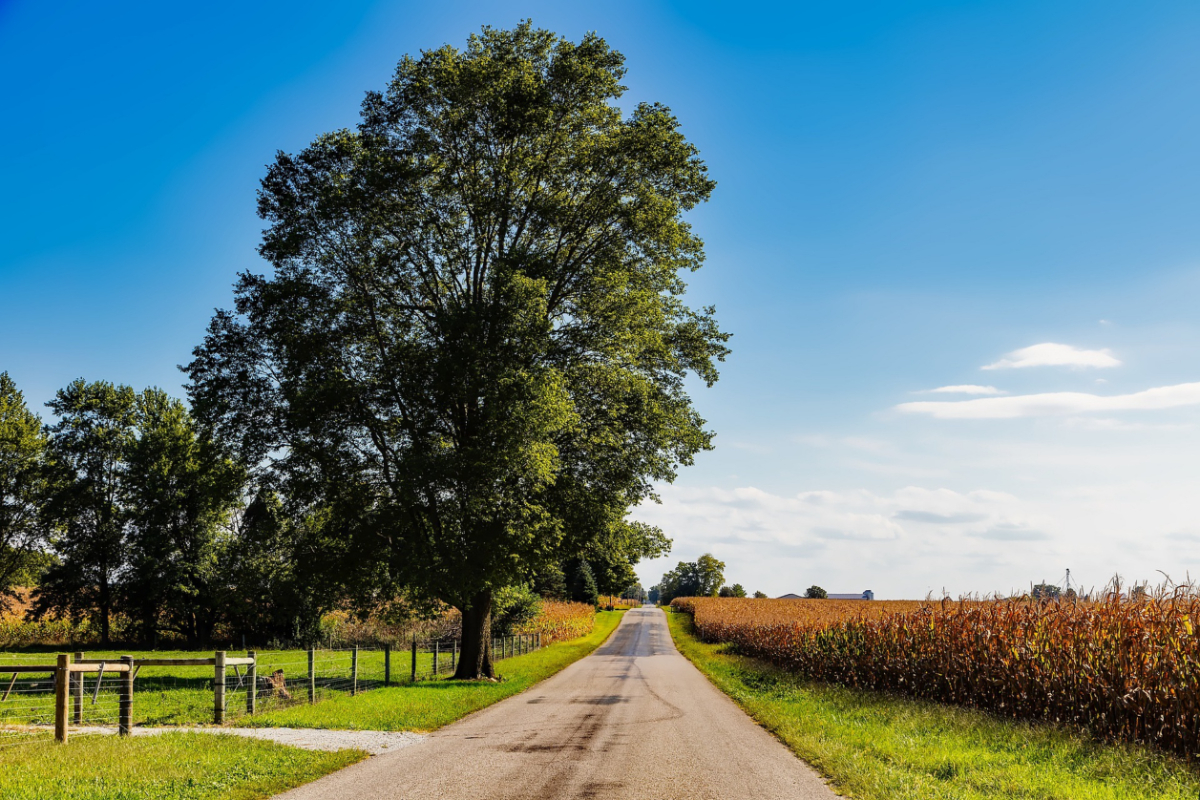 Coming in at sixth, Jeffersonville, IN is best known for its scenic views of the Ohio River and its proximity to Louisville, KY. You’ll find a lot of unique activities in Jeffersonville, such as eating at a local restaurant at The Red Yeti, Pearl Street Taphouse, and Parlour, visiting a museum including the Howard Steamboat Museu and Vintage Fire Museum, setting up a picnic at Bob Hedge Park, Warder Park, and Chapel Lake Park, or catching a show at Jeffersonville Riverstage.

Considering moving to Mishawaka, IN? The city is known for its riverfront parks, growing downtown, and many festivals. It is also home to the University of Notre Dame. Mishawaka has a population of around 51,100, which is a 4% increase.

You may be curious about what it’s like to live in Mishawaka, IN. There are many things to do, from relaxing at Battell Park, Central Park, and Merrifield Park to eating at Evil Czech Brewery and Public House, Doc Pierce’s Restaurant, and Papa Vinos Italian Kitchen.

Median sale price: $501,000
Average rent for a 2-bedroom apartment:$1,808
Carmel, IN homes for sale
Carmel, IN apartments for rent

Carmel, IN comes in at eighth on our list and is best known for its many roundabouts. The city has been adding roundabouts since the 1990s, and there are now more than 100 in Carmel. It saw an increase of 3% to its current population of around 100,800.

If you’re curious to know what activities you can do in Carmel, IN, be sure to check out one of the many great parks such as Flowing Well Park, Founders Park, and Carey Grove Park, and venues like The Center for the Performing Arts, Booth Tarkington Civic Theatre, and The Cat. Be sure to swing by local favorite restaurants Charleston’s Restaurant, Muldoon’s on Main, and Bub’s Burgers & Ice Cream for a taste of what the city has to offer. Afterward, visit the Museum of Miniature Houses and Other Collections. There is something for everyone living in Carmel.

Referred to as the “City of Firsts,” Kokomo was the first city in the United States to install electric street lights and the first to use rolling mill technology to produce steel. It is the ninth fastest growing city in Indiana. The city is home to around 59,700 residents, which is a 3.17% increase.

Wondering what it’s like living in Kokomo? Well, there are many fun things you can check out. You can admire nature at Highland Park, Foster Park, and Jackson Morrow Park. If you love to try new restaurants, be sure to check out Choo Choo McGoo’s, Half Moon Restaurant & Brewery, and Windmill Grill. If you are looking to check out the arts and entertainment scene,  make sure you pay a visit to The Kokomo Country Palace and Seiberling Mansion.

At number ten is Elkhart, IN. Elkhart has a rich history in the RV and musical instrument manufacturing industries. There was a 3.01% in population to its current population of nearly 54,000.

There are a lot of activities to do in Elkhart, from exploring parks like Island Park and Studebaker Park to checking out museums like the Hall of Heroes Superhero Museum and National New York Central Railroad Museum. If you want to eat some of the best cuisines in Elkhart, be sure to check out Cappy’s Northside Tavern and Restaurant, The Vine, and Chubby Trout. Later on, you can watch a show at The Lerner Theatre and Five Star Dive Bar.

Methodology: Population growth was calculated over a 5-year span (2017 vs. 2021). Only cities with a population of over 50,000 were used, as anything smaller is considered a town. Population data sourced from United States Census Bureau. Median home sale price data from the Redfin Data Center during August 2022. Average rental data from Rent.com during August 2022.