A city with many nicknames including “The Big Apple,” “The City That Never Sleeps,” and “The Empire City,” New York, NY is home to around 8 million people living across 5 boroughs. With so many places to visit, sites to see, delicious eats, and events and activities happening throughout the city, it’s hard not to fall in love. So, if you’re considering moving to New York and renting an apartment in Gramercy Park, or just want to know a little bit more about what it’s like to live in New York City from a local’s perspective, this article is for you. We reached out to New York City locals to get their take on why they love the city so nice, they named it twice. From the diversity to the cityscape, read on to see what they had to say. 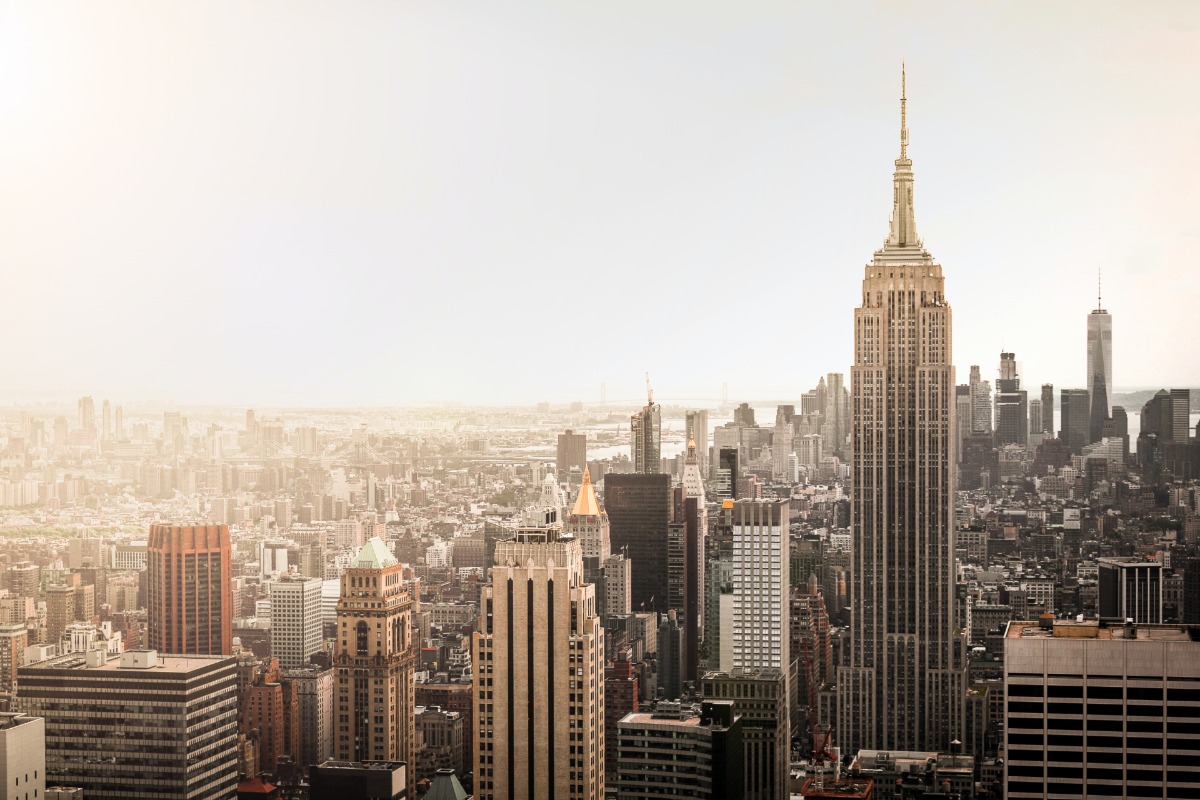 The many TV and movie locations

New York City is home to a number of television and movie film locations. Some notable shows and movies that take place in New York City include Inventing Anna, YOU, King Kong, West Side Story, 30 Rock, and Law & Order, just to name a few. Many of these shows and films feature iconic buildings like 30 Rockefeller Plaza, 281 Park Avenue South, and the New York County Courthouse.

“Our favorite thing about NYC is the countless TV and movie locations scattered all over the city. There are tours where you’ll go behind the scenes of your favorite shows and movies with tour guides who are local actors and actresses who have appeared on TV and movie sets in New York,” shared On Location Tours.

New York City is far and away a foody city. In any neighborhood you stumble upon, you’ll be able to find iconic eats and hidden gem dive spots – all of which are sure to please your appetite. “We love New York City for its food and its diversity, shares Ahoy New York Food Tours. “We love how you can find Chinese, Italian, French, Spanish, and more foods all in a single NYC block. We also love that you can get food from street vendors, small specialty shops, or huge restaurants from celebrity chefs and the stories behind the people making it.”

“My personal favorite is Thai Villa located in the Flatiron District,” adds Nicole Neissany, Founder of Wear She Wanders. “The decor is beautiful, the drinks are unique, and the food is delicious. Be sure to try their Curry Puff appetizer, Cashew Nut entree, and The Agave with the Dragon tattoo cocktail.”

There are many great neighborhoods to grab a bite such as Astoria, Flushing, Chinatown, Williamsburg, West Village, Greenpoint, and Upper East Side. But one area that people rave about is the vegan and middle eastern restaurants in East Village.

Li & Me in NYC share, “The vegan food scene in The East Village is spectacular. Some of my favorite, must-try spots are Lady Bird, Sestina, and Double Zero, but I would be remiss if I didn’t also mention Coletta in Gramercy Park.” “I love that there’s amazing food on basically every block in the city. The East Village is packed with these cool Middle Eastern restaurants. How could you ever get bored,” added OhSo Fashionably Late.

New York City has a prominent skyline filled with towering skyscrapers in the Financial District and Midtown Manhattan neighborhoods. The skyline is defined by buildings like the Empire State Building, One World Trade Center, Chrysler Building, One Vanderbilt, and 30 Hudson Yards.

Wings Air Helicopters loves the unique New York City cityscape that they get to show off to their passengers every day. “The iconic Manhattan skyline is recognizable to almost everyone in the world and passengers are simply in awe when flying over it in our helicopters. Their reactions of pure joy and amazement are why we come to work every day.”

For a unique view of the cityscape be sure to check out Brooklyn Bridge Park in Dumbo, a unique photo spot in New York City; one of the many observation decks like Top of the Rock or One World Observatory, Hoboken, NJ, or a helicopter tour.

Dreams in Heels recommends paying a visit to “locations such as Domino Park in Brooklyn, Gantry Plaza State in Queens, Dumbo and Brooklyn Heights Promenade” for some of the best views of the city for free. 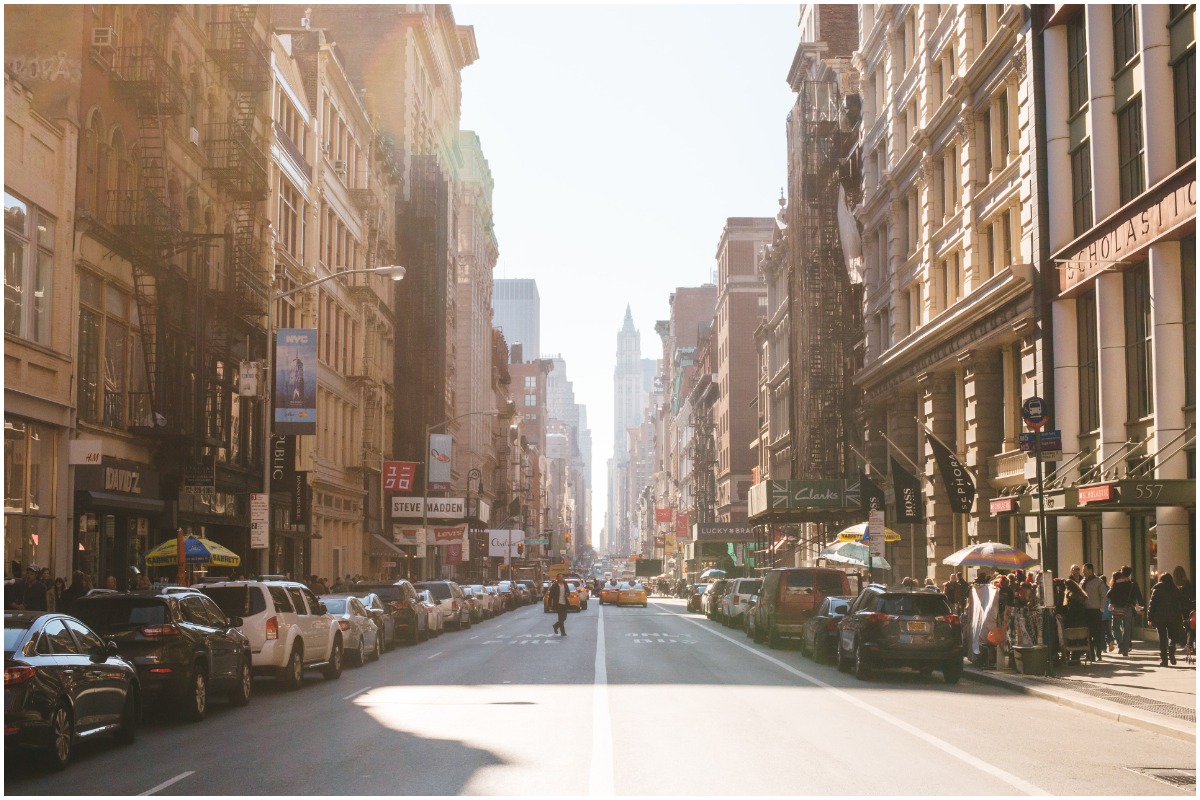 The Flower District is a hidden gem located in New York’s Chelsea neighborhood that even many locals don’t know about. Here you can find everything from florists to gardening supplies to artists and bouquet makers.

“What I love most about NYC is the Flower District which is like a welcoming oasis,” shared Giorgos Mouratidis of Stasher.com. “If you’re in the area in the morning, it’s a good idea to ‘stop and smell the roses.’”

The history of New York started in 1624 when the Dutch settled along the Hudson River and established the colony of New Amsterdam. It’s history can be found in some of the buildings and monuments that stand today like Trinity Church, The Dakota, St. Patrick’s Cathedral, San Remo, and the Flatiron Building. Today, New York is a city known for its opportunity, arts, culture, and a city to chase your dreams.

“I love how New York’s rich history can be uncovered in the antique shops and flea markets across the city,” shares Pretty in the Pines. “It is amazing that I can find something at the Grand Bazaar on the Upper West Side that may link back to the early history of New York but be a classic staple in my home.” 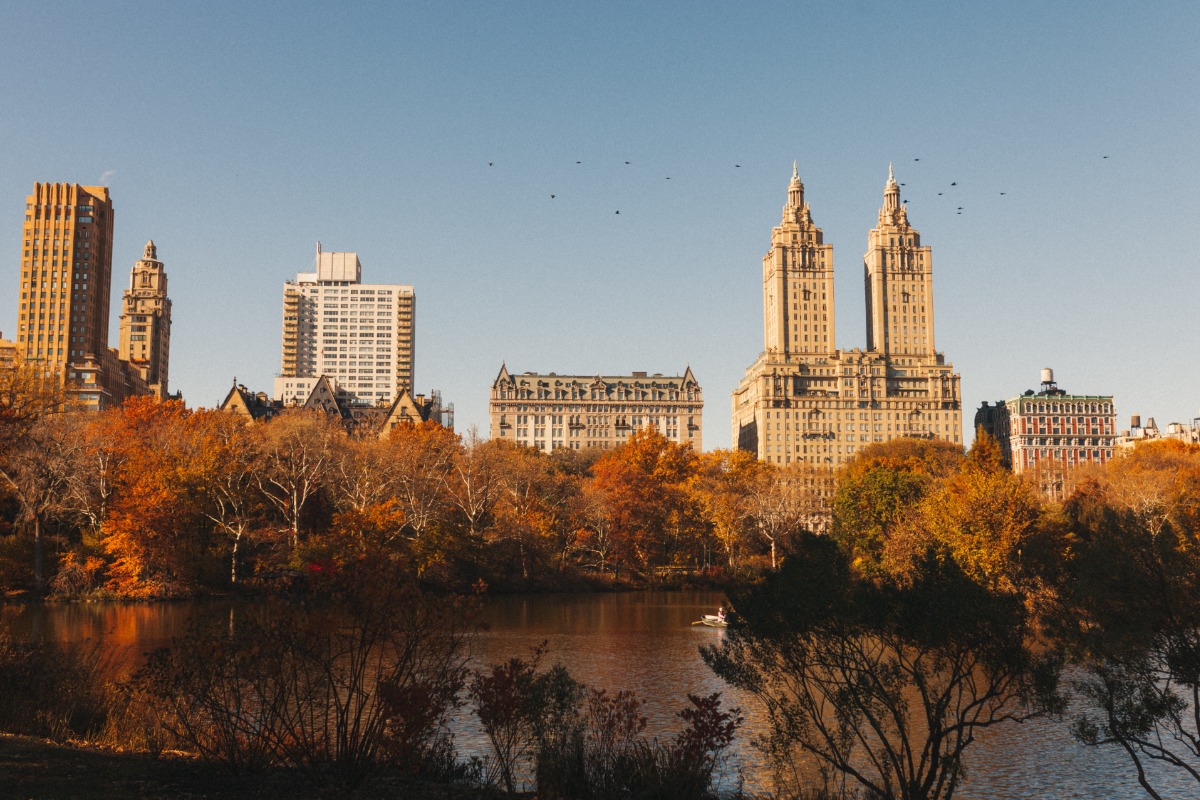 New York City is known as “The Melting Pot” for its diversity in people, language, cultures, and arts.

“We love NYC for its incredible diversity – the languages, cultures, music, and especially the food,” raves Manhattan Walking Tour. “We feel lucky that we can eat in a new country every day, learn about how these dishes were created, and why they are imported directly from the families that own these amazing restaurants. From learning how to eat your first soup dumpling, to trying a bite of your first khachapuri, food brings people together on so many different levels.”

Thesqua.Re also shares that the stories of inclusivity all across New York City provide hope and power. She boasts, “The moment we step into the city, we step into a home away from home, and that precisely makes it so special. The diversity of New York City in its pizzas, people speaking over 800 languages, sexualities, cultures, excellent theater, and the iconic NYC cheesecake make us fall harder & harder in love with the Big Apple.”

Being the ultimate place of discovery

No matter where you go in New York City, there is always something to discover. From flea markets in Brooklyn to delicious food options in Queens, the possibilities of finding something new are endless.

“I love that New York City is the ultimate place of discovery. You can walk for hours and discover new restaurants and shops that will become our favorite. That’s how I discovered Levain Cookies,” notes Next Level Wardrobe.

“Something I love about NYC is that each day you can visit an area of the city that’s completely different from another,” adds Every Steph. “Make sure to add Brooklyn to your New York itinerary. For the perfect day out, head to the Brooklyn Bridge in the early morning, visit the Dumbo and Williamsburg neighborhoods, and stuff your face at the Smorgasbord open-air food market.”

When describing her perfect day in New York City, Jennifer Henry-Novich of Just Add Glam shares, “No matter what your vibe, you can find exactly what you’re looking for and your type of people. My perfect Saturday in New York includes stopping at Maman for coffee and a delicious pastry while catching up with a friend, taking a walk down SoHo side streets while doing some window shopping, and wrapping up the day with date-night dinner at West Village’s The Mary Lane, an amazing restaurant with incredible food and craft cocktails.”

Living Alone in an Apartment? Top Tips for How to Thrive on Your OwnFeatured Post, renting, Renting a Home