The cost of building regulations

By admin
Posted March 29, 2018
In Uncategorized
The cost of building regulations2018-03-292018-03-29https://survey1inc.com/wp-content/uploads/2017/12/survey1-logo-e1510688119150-1.pngSurvey 1 Inchttps://survey1inc.com/wp-content/uploads/2017/12/survey1-logo-e1510688119150-1.png200px200px
0
Luis Torres
​​​The City of Houston has proposed new regulations for home construction (500-year flood plus two feet) in response to Hurricane Harvey. Local governments need to be aware that modifying homebuilding regulations influences the amount, location, and type of residential development.
More regulation is sometimes regarded as a less expensive solution than fixing a city’s infrastructure problems. It’s also viewed as a solution that can be paid for by the private sector.​ However, Houston’s public works department reports that 70 percent of homes in the 100-year flood plain did not flood. So current regulations could actually be working, meaning the problem has more to do with infrastructure.
Building regulations come with economic implications. For example, they can lead to higher construction costs and time delays that restrict the ease of building houses. This can affect housing supply. In addition, cost increases are passed on to the consumer, making homes less affordable.
Regulations also create an incentive to produce more custom homes rather than to build in bulk.
When discussing solutions to Houston’s recurring flood problems, policymakers should note which areas are most impacted. While researching our latest Tierra Grande article, “Imperfect Storm,” we found the highest proportion of housing damage occurred northeast of downtown in economically disadvantaged neighborhoods. These regions consist primarily of existing homes, suggesting that new building regulations may have little impact on the most vulnerable areas.
Also, many residents there might have a difficult time financing housing modifications, such as physically elevating homes, to comply with proposed building codes. As a result, they could be forced to move. 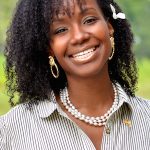 Quiz: Is Your Follow-Up Broken?Uncategorized