The Once and Future King

Redfin CEO Glenn Kelman published the below on Linkedin on April 20, 2018.

The LinkedIn editors asked me to respond to this question for an email newsletter called the Weekly Rundown:

Why do recruiters and hiring managers almost everywhere ask for years of experience in a certain job field or industry and overlook the overall work experience, volunteer experience and life situations? How are we supposed to gain the experience without being given the opportunity?

It isn’t just recruiters and hiring managers. It’s everyone. People mostly see you in the narrowest way possible, based on your past instead of your future, based on your race and your gender, on your clothes and the size of your nose. Nobody wants to believe you can change, because then we’d have to believe we could change too.

In this way, people are like the flowers that Georgia O’Keefe spent her whole life painting. She said that nobody sees a flower, really, because it is so small that it takes time to see, when no one has time. We barely see one another.

So you’ll spend your life being dismissed, overlooked, put in the corner, stuffed in a category or a cliche until you grab people by the lapels to make them see you for what you could be. This constant lapel-grabbing is galling and exhausting and it often backfires and it should be unnecessary, but the alternative is being confined within others’ expectations forever.

Growing up as a suburban white male, others’ expectations have mostly worked in my favor. I did well in school. But then, for reasons I don’t have the time to get into here, I decided to futz with myself just to see what that felt like, and to leave a regular job to become a bicycle messenger. For the first time in my life, I stopped being seen. Office workers looked at me as if I were dangerous, if they looked at me at all.

My resume then said “bike messenger,” and I refused to take it off. I had rendered myself nearly unemployable, so when I decided to go into software, I had to focus people on what I could become, not what I’d been. I thought of this as turning myself into an arrow, narrowed to a single, violent point — the job that I wanted — where my only relevant trait was where I was going.

I applied for the worst jobs in the field I wanted to enter, software. I expressed absolute conviction about my future. I wrote crazy cover letters. I took crazier chances in the interviews. Eventually I got very, very, very lucky. What I had going for me was my grades, my race and my gender, and a reservoir of confidence and privilege that still let me see myself in the way I wanted to be seen.

Even when, as a bike messenger, I was being chased down the stairs by the dog of someone who didn’t want to be served legal papers, I’d say the same thing to myself over and over again: “the once and future king!” When I called my twin brother at night to ask him what would become of me, he’d repeat that refrain, “the once and future king!” And that’s what I’d like to say to you too, now, whether you’re a future king or a queen or someone in between.

The post The Once and Future King appeared first on Redfin Real-Time. 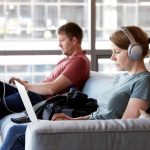