The Problem With Gentrification

I live in a bustling neighborhood in Chicago called Boystown, the city’s best-known gay enclave, with a plethora of bars, shops, and other businesses tailored for the LGBT community. Having moved to Chicago a little more than five years ago, I’m always taken aback when natives tell me, “You wouldn’t have wanted to live in Boystown 40 years ago.” It’s not hard to guess that they’re referencing the neighborhood’s pre-gentrification days, when the demographics of residents looked much different than the nearly-all-white faces you see on the streets today.

I’m also reminded of the common quip that “when the gays move in, gentrification isn’t far behind.” It’s also not hard to guess that “the gays” typically means white people—who just happen to be attracted to the same sex—with greater financial means.

Boystown could be an additional case study covered in Peter Moskowitz’s book, How to Kill a City: Gentrification, Inequality, and the Fight for the Neighborhood, which examines how gentrification has improved areas of Detroit, New Orleans, New York, and San Francisco—but also displaced entire communities to make room for richer, whiter residents. Gentrification, no doubt, has its positives, which Moskowitz makes no attempt to ignore. But its negative effects, namely pushing poorer minorities to the fringes of cities and raising real estate prices so high that neighborhoods become exclusive to the wealthy, largely go ignored.

How to Kill a City shines a light on how local governments often make decisions, such as funding affordable housing projects and investing in schools and businesses, for economic purposes, not for the betterment of residents. Moskowitz points out that in post-Katrina New Orleans, for example, many saw the storm’s aftermath as a chance to “revitalize” poor communities that were devastated. But the rebuilding, coupled with changes to city services, ended up disadvantaging the poor. New, higher-end housing priced many residents out of their own neighborhoods.

In some ways, the book challenges people such as community leaders—which include real estate professionals—to take up the cause of housing equality in the absence of more thoughtful governmental policy. So take a look at your own city’s history, and pay attention to how neighborhood changes have affected those who reside there. Is gentrification, despite its ability to make neighborhoods more attractive, killing your city? 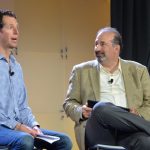