Otherwise known as “The Big Peach,” living in Atlanta means you’ll be in a city with abundant green space, award-winning restaurants, and decades of rich history. Here are the top reasons to move to Atlanta, in no particular order, and why you should make this vibrant city your new home. 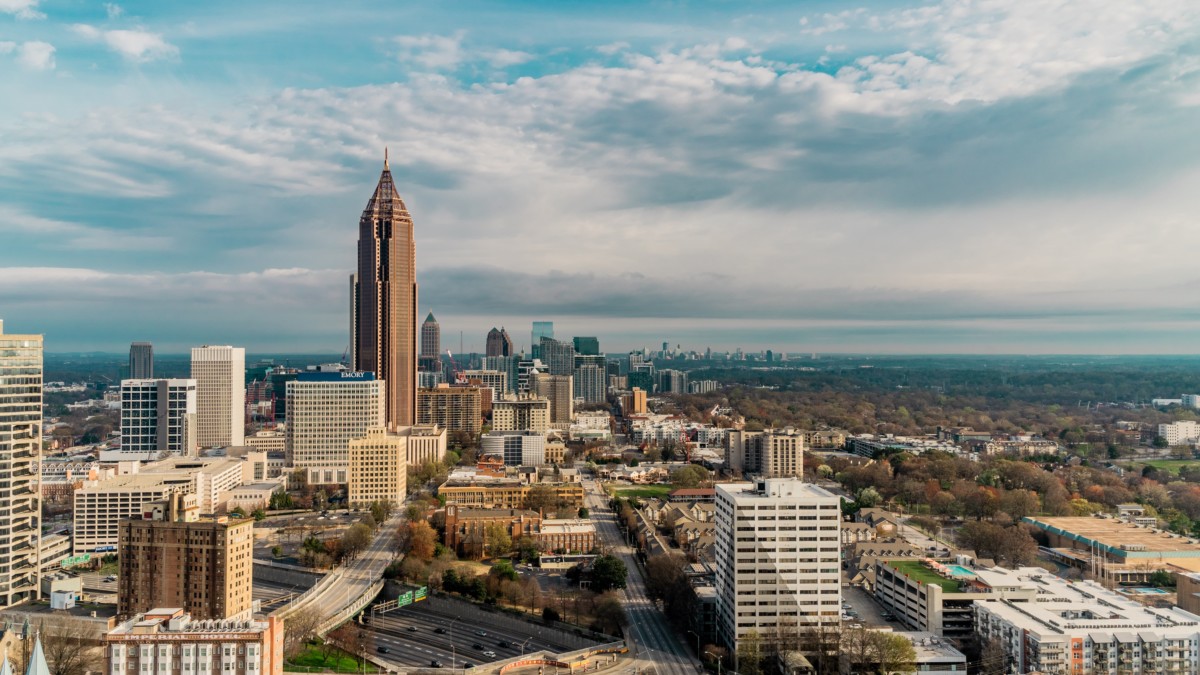 Atlanta has no shortage of beautiful neighborhoods. From Buckhead and Grant Park to East Atlanta and Virginia Highland, Atlanta’s neighborhoods are diverse in geography, architecture types, general price points, and demographics.

Despite Atlanta being such a large city, it is pretty affordable compared to other cities across the country. What’s more, Atlanta offers perks that most large cities will never be able to provide – such as readily available and even free parking spaces – which can contribute to inexpensive living. The median sale price of homes in Atlanta is $402k, slightly below the national median sale price of $412k. The Atlanta housing market is considered somewhat competitive, with a Compete Score of 58 out of 100.

Atlanta has an impressive and diverse dining scene, offering everything from fine dining restaurants and sushi places to taco shops and burger joints. Check out the Farmer’s market for some fresh veggies and sandwiches, or go to the world’s largest drive-in, The Varsity. There are also so many BBQ joints to choose from. Every neighborhood has fantastic dining options, but some of the top districts include West Midtown, Inman Park, Old Fourth Ward, and Decatur.

Atlanta also offers some pretty great attractions. It’s home to the High Museum of Art and fantastic events and festivals year-round, ranging from film to pop culture. Be sure to check out the Dragon Con and the Atlanta Film Festival. Atlanta is also called the “city of murals” and is home to some of the best street art, with impressive creations adorning exterior walls throughout the city.

A great perk of living in Atlanta is the weather. While the city does experience all four seasons, the winters are moderate and don’t see much snowfall, and temperatures rarely reach freezing. While summers in Atlanta are hot and humid, seeing high temperatures of 88 degrees in July, extremely uncomfortable temperatures aren’t typical. Also, Atlanta gets over 200 days of sunshine per year.

Atlanta is home to some terrific parks for residents to enjoy, such as Piedmont Park, Woodruff Park, and Stone Mountain. You can also walk, bike, rollerblade, or scooter along the Atlanta Beltline. Attend concerts at the Tabernacle, the Fox Theatre, Variety Playhouse, and City Winery. Support local businesses and shop at Ponce City Market. View masterpieces at the High Museum of Art and visit the Georgia Aquarium, the only aquarium in North America home to whale sharks and manta rays.

Whether you’re a history buff, a food connoisseur, a thrill-seeker, or simply enjoy the outdoors, there’s something for you. Check out the Chattahoochee River National Recreation Area, go river rafting and kayaking, and embark on other nature-filled activities just minutes beyond Atlanta’s perimeter.

Atlanta has beautiful and expansive parks within the city limits. Chastain Park and Freedom Park are a couple of the largest outdoor areas in the city. Centennial Olympic Park, Historic Fourth Ward Park, and Piedmont Park are charming green spaces equipped with picnic areas, walking and cycling trails, playgrounds, community gardens, dog runs, and fishing areas. The oldest park in the city, Grant Park, gives residents access to numerous facilities, including a farmer’s market, playgrounds, and tennis courts. Atlanta is also known for the large number of trees within the urban setting. In fact, it’s often referred to as a city in the forest.

Methodology: Median home sale price data was pulled from the US Housing Market resource during April 2022.

10 Most Affordable Atlanta Suburbs to Live In