“Large, expensive, luxury homes are taking up a bigger share of the homes that are selling, which is driving a high growth rate for the median sale price,” said Redfin chief economist Daryl Fairweather. “Remote work is increasing demand from affluent people, while middle-income people are more often expected to do their jobs in-person, and many have been affected by furloughs and shutdowns.”

We will continue to track changes in sellers’ asking prices, which tend to precede trends in overall home price growth. Even as sales continue to experience a typical seasonal slowdown, real estate remains firmly in seller’s market territory.

“Sellers that are just getting into the market are seeing they can set their asking price a little higher than what they may have expected because inventory is so low and the buyer pool is still growing,” explained San Antonio Redfin real estate agent Jim Seifert. “Homebuying demand is still really strong, which has really pushed multiple offers to a whole new level. You’re not going to see prices go down right now.” 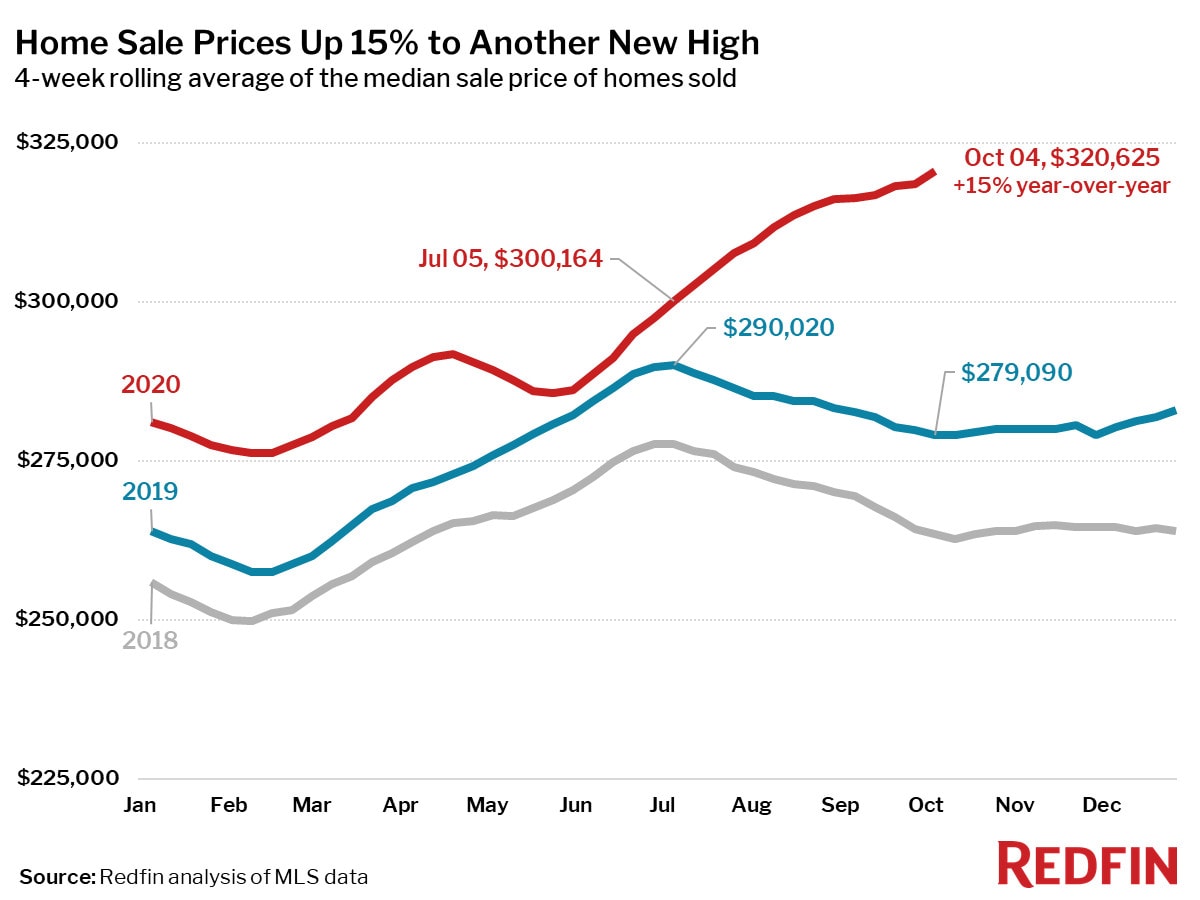 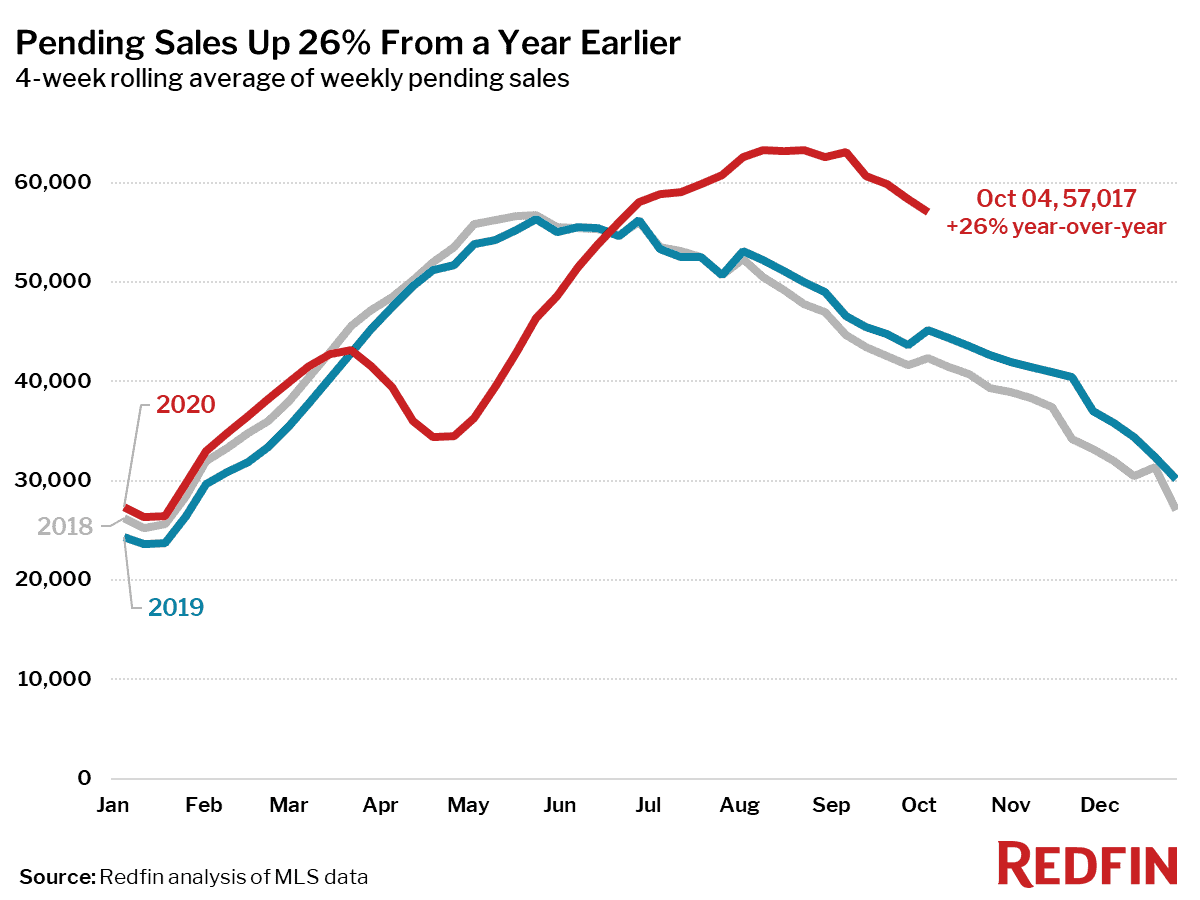 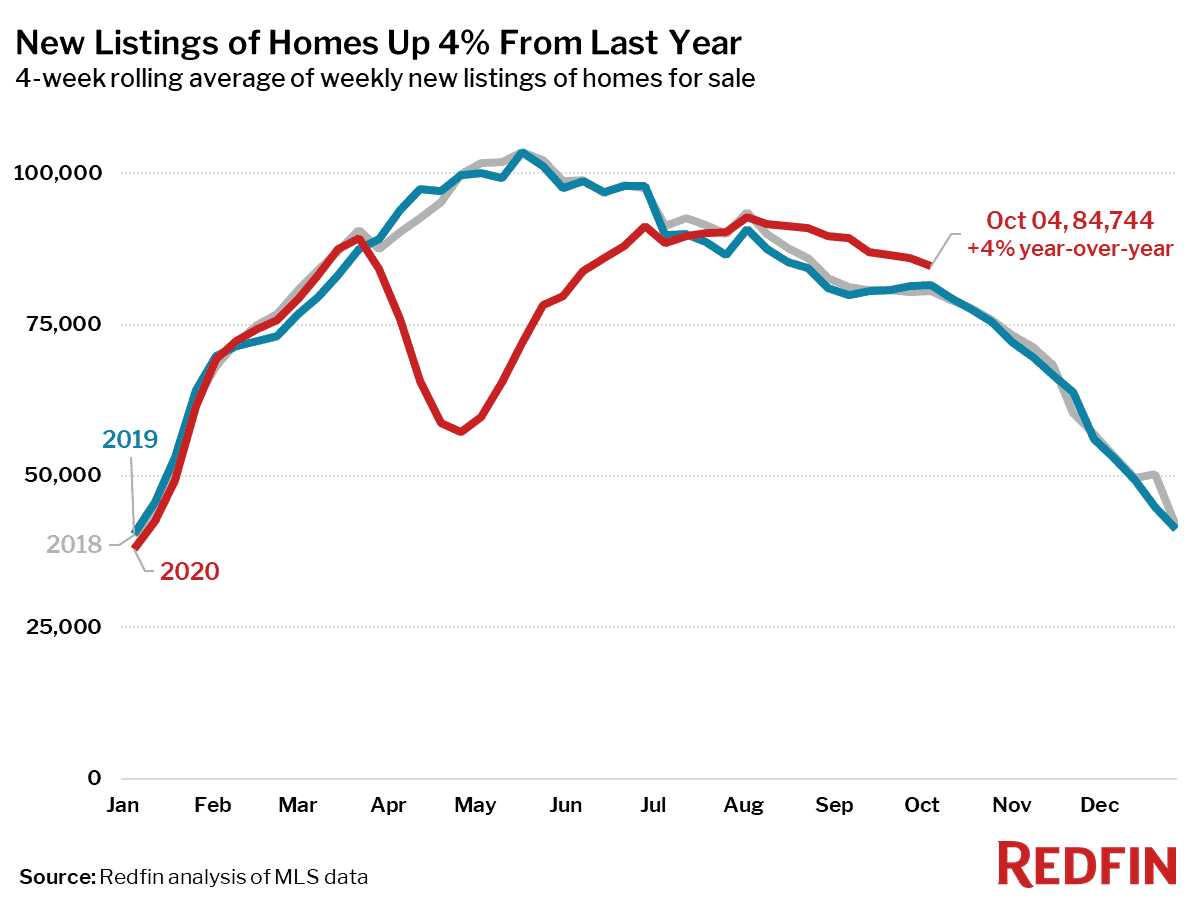 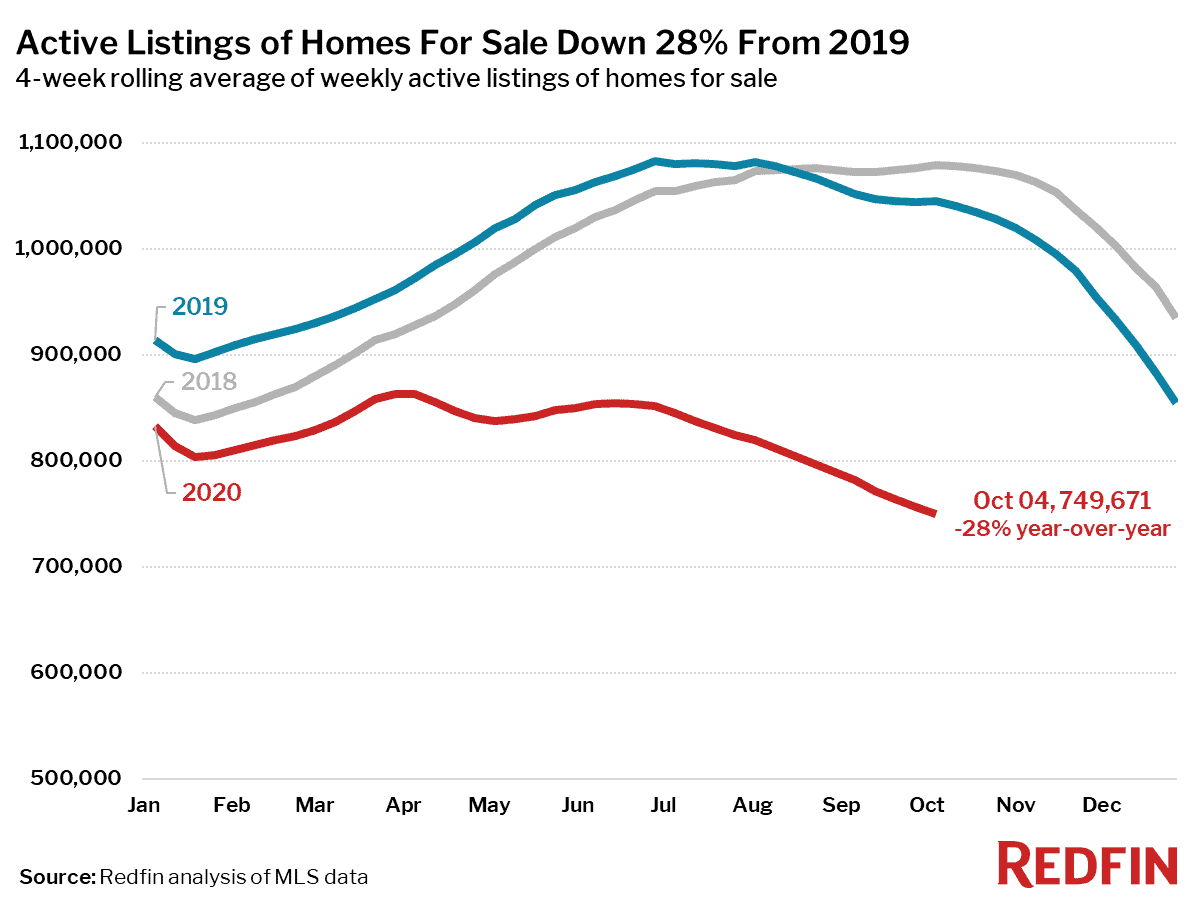 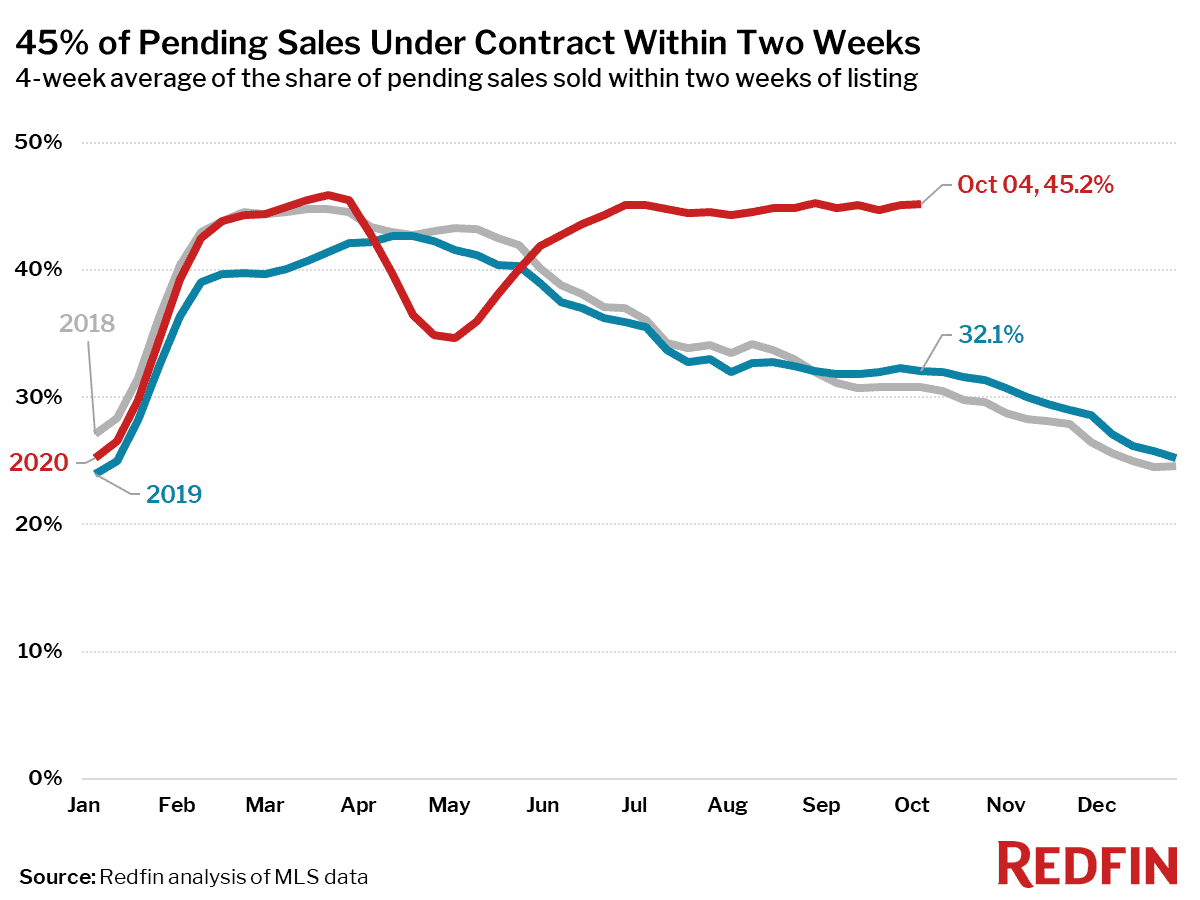 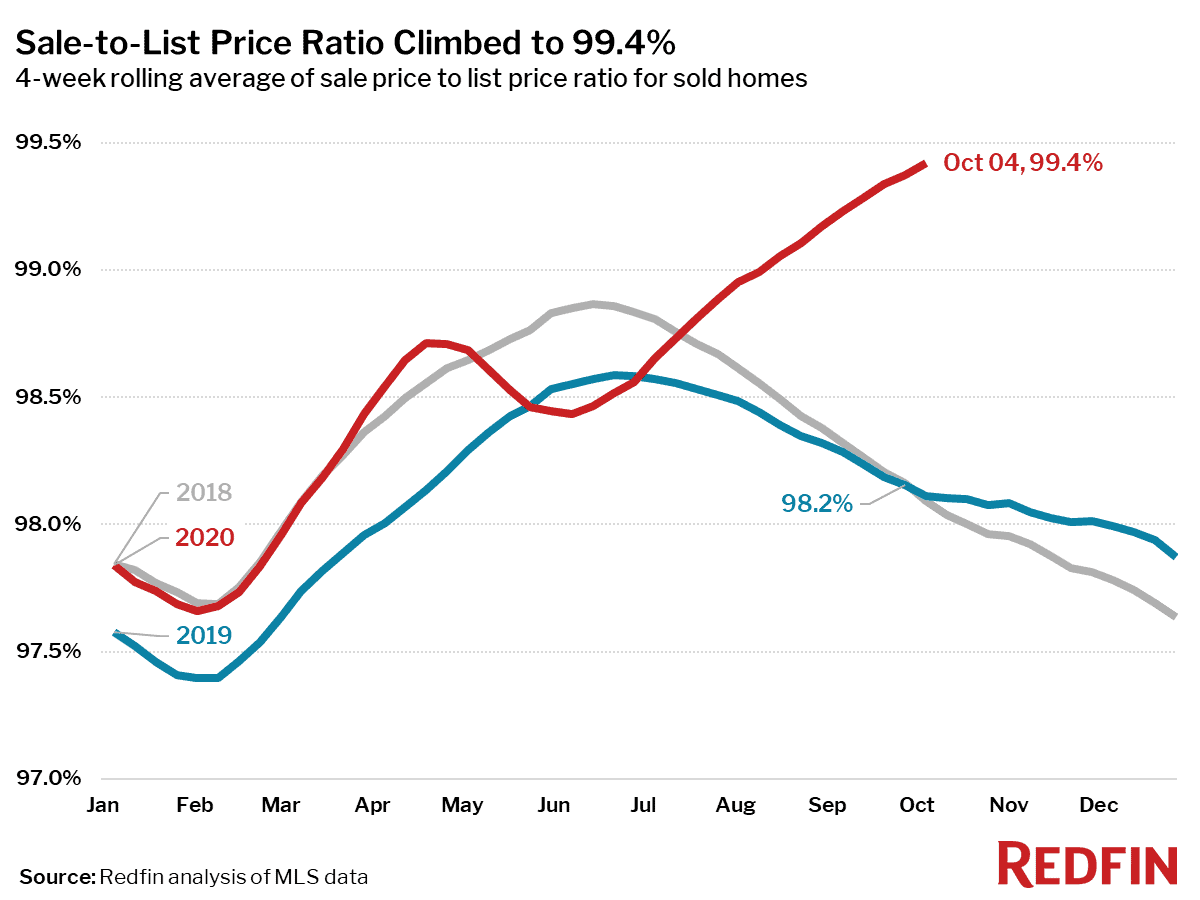