Wake Up Call for the Development Industry

When I’m working on stories for REALTOR® Magazine, it’s not uncommon for my interview subjects to offer supplemental reading that might help round out my reporting. But rarely am I told that a book could change my thinking entirely on a given subject. So when the Incremental Development Alliances’ John Anderson (whom I interviewed in preparation for this piece on how real estate pros can become small-scale developers) used that kind of language to recommend Arthur C. Nelson’s Reshaping Metropolitan America: Development Trends and Opportunities to 2030 (Island Press, 2013), I took notice.  “It’s a red pill book,” Anderson said, referencing the method Morpheus uses to eject Neo from his false reality in the 1999 movie, The Matrix. “Once you understand that, it changes everything.” 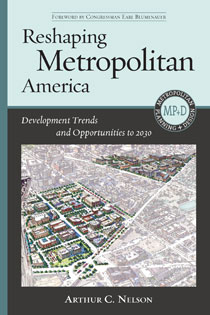 Looking at the short paperback, it seemed innocuous—more like an obvious choice for background on a story about real estate development trends than anything else. And the funny thing is, Nelson doesn’t use any data or sources that you and I don’t hear from all the time. The Census, Pew Research Center, the National Association of REALTORS®… these are all experts we’re comfortable with, saying things we’ve heard before. But then, his conclusion is pretty red-pill radical (emphasis mine):

“By 2030, one-quarter to one-third of America’s 143 million households will want the very kinds of options provided in mixed-use, amenity-rich, transit-accessible options that commercial corridors and nodes can provide. Because about 10 million households have those opportunities now, the nation will need to increase its supply by at least 25 million to meet demand in 2030. In effect, if all new homes built in America between 2010 and 2030 were built in those locations, demand for this option would still not be met.”

This demand is good news, but Nelson also points to “an oversupply by tens of millions of homes on conventional lots, mostly in the suburban fringe and exurbs” that might lead to breaking up McMansions into multifamily units and the transformation of less-connected housing developments into slums, if they are not carefully reimagined. That could spell disaster for real estate professionals working in suburbs where planners aren’t seriously considering the potential of this coming demographic shift.

Nelson offers pretty convincing evidence of why this will likely be the case, again backing up his assertions with well respected studies and solid numbers. I highly recommend you buy yourself a copy (or borrow it from the NAR library, as I did), if for no other reason than it’ll offer further convincing of the points my sources raise in the January/February magazine piece for why you yourself should get into the small development business. After all, most of today’s developers are not building the types of housing that will be in demand over the next 10 years of your career. Why not profit from that while also helping buyers get what they really want?

But aside from all that, I wanted to point out one passage that my self-indulgent, Gen Y brain couldn’t help but dwell on. Nelson kicks off an analysis about why we millennials want to live in the same “mixed-use, amenity-rich, transit-accessible options” that he predicts will be so scarce:

“…Gen Y will prefer downtowns, suburban centers, and mixed-use neighborhoods with housing options that are close to destinations. The irony, of course, is that Gen Y people mostly grew up in isolated, single-use suburban subdivisions.”

This was really the only place where I remember disagreeing with Nelson, though my argument doesn’t undermine his basic thesis. I believe my experience with the suburbs is a big part of why I live in a city now, and I think many of the people I know of the same age would agree with me. Across the board, younger generations tend to be pretty adept at pointing out the flaws of their predecessors. And as Nelson lays out the multitude of reasons why our baby boomer parents will have to leave the suburbs in their senior years (a lack of mobility, homes are too big for them to care for, etc.), he misses the most emotional reason for many millennials moving back into the city: Because we grew up in the suburbs, we’re uniquely positioned to see their long-term drawbacks as our parents age. 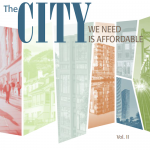 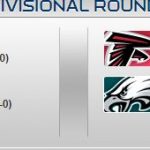