What I learned from 100 homeowners facing foreclosure in 2009

I’m Daryl Fairweather, and I’m thrilled to join Redfin as chief economist and contribute to Redfin’s mission of making home buying and selling easier. I will be leading the housing market research team to produce and publish analyses that help consumers better understand the housing market.

In 2009, as a researcher for the Federal Reserve Bank of Boston, I interviewed more than 100 homeowners who were facing foreclosure. I asked them an array of questions to uncover the causes of the housing bubble and subsequent crash. I asked them about their financial situation leading up to the housing crash, and whether they experienced a job loss or unforeseen medical expense. I asked homeowners about the terms of their mortgage. I quizzed them on their financial literacy and asked them hypothetical questions, like “would you rather have $100 today or $110 dollars a year from now?” Every homeowner I spoke with wanted to pay their mortgage, wanted to keep their home, and desperately wanted help. In fact, most were still sending in payments even when they were already in default. These homeowners wanted to do the morally right thing. One woman I interviewed pleaded that I speak with her bank about renegotiating the terms of her mortgage, so she could avoid foreclosure, but all I could do was refer her to a hotline.

Listening to homeowners and learning about the individual and economic consequences of their choices made me want to learn more about how people’s choices shape our economy, and what can be done to improve people’s choices and ultimately people’s lives. That experience led me to pursue a Ph.D. at the University of Chicago where I specialized in behavioral economics. I didn’t think I would end up studying economics or human behavior when I first started my undergraduate studies at MIT. I thought I was going to follow in my grandmother’s footsteps and study engineering. My grandmother, Norma Merrick Sklarek, was the first African American woman to be a licensed architect in New York in 1954. She also became the first in California in 1962 and remained the only African American woman architect in California until 1980. She directed the construction of the U.S. Embassy in Tokyo from 1976-1978, and Terminal One of Los Angeles International Airport from 1980-1985. She was my role model and always encouraged me to study math and engineering. But, when I started at MIT, I fell in love with economics and the way it uses math and statistics to model and predict human behavior. After receiving my bachelor’s degree in economics, I still wanted to learn more, so I continued on to graduate school at the University of Chicago.

At the University of Chicago, I was mentored by Richard Thaler, the “Father of Behavioral Economics” and 2017 Nobel Prize winner. I assisted him in teaching MBA students about how to understand the sometimes irrational behavior of customers, employees, and managers. Thaler’s groundbreaking work in the ‘80s and ‘90s proved people behave in predictably irrational ways. Before that work, economists assumed that prices were determined by rational people who perfectly understood the consequences of their choices. Behavioral economics takes a more realistic view of how people actually make choices and incorporates psychology into our understanding of the economy.

The housing market is a perfect example of how psychology affects the economy. For most people, buying a home is the biggest financial decision they will make in their lifetime, and yet traditionally, homebuyers have no experience and limited information or education on the process or the market. Emotions play a large role in real estate. Sellers often have an emotional attachment to their homes, and feel like their home is special and deserves a better price than what the market dictates. In a heated market, buyers can feel pressured to win, and may overbid on a home for fear of missing out on their dream home. When home buyers and sellers are educated about the housing market and how the home buying and selling process works, they are less likely to fall victim to their emotions.

Redfin was built on the conviction that consumers should have access to as much knowledge as possible about their local housing market, so they can make the best decisions about home buying or selling. Redfin’s unique brokerage model enables its agents to be full-time consumer advocates, there to help buyers and sellers through the process, and provide guidance on when to walk away from a deal and when it’s time to move quickly. Because Redfin agents spend the majority of their time serving customers instead of generating leads, Redfin agents are more knowledgeable about what’s going on in the market. Additionally, Redfin agents earn salaries and bonuses based on customer satisfaction, so they are rewarded for doing what’s best for the customer, and not what will earn the highest commission. This is why I decided to join Redfin, because Redfin is making home-buying and selling easier, more transparent, and more favorable to consumers.

As Redfin’s chief economist, my aim is to help people make even better decisions about buying and selling homes. I’ll study our data on home purchase transactions, and I’ll work closely with Redfin agents across the country to understand the behavior and mindset of homebuyers and sellers. I am excited to dive into Redfin’s unique data to understand how people’s behaviors shape the housing market. For example, if one home in a neighborhood has to drop its price, how does that affect their neighbor’s decision to sell or stay? As another example, through Redfin’s comprehensive surveys, I plan to explore how people’s emotions, like fear during uncertain political times or exuberance after the home team’s Super Bowl win, affect their decision to commit to buying a home? I am also interested in how we can predict changes in the housing market earlier by looking for early signals, like which online listings people view and which views result in home tours and bids. My research using Redfin’s unique data sources will inform my perspective on the current and future state of the housing market, and it will inform Redfin on how to best serve our customers to help them make the best possible home-buying and selling decisions.

The post What I learned from 100 homeowners facing foreclosure in 2009 appeared first on Redfin Real-Time. 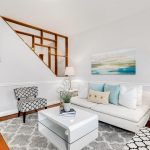