Professional appraisals are the foundation on which stable real estate markets are built, so ensuring appraisers are able to do their jobs to the best of their ability is vital to the industry. That’s why a report from the federal government on appraisal quality is welcomed. The Federal Housing Finance Agency found that appraisals ordered by appraisal management companies, AMCs, are no more likely to be overvalued than appraisals ordered directly by the lender.

“The results indicate no clear evidence of any systematic quality differences between appraisals associated and unassociated with AMCs,” the FHFA report says.

AMCs are entities that enable lenders to maintain an arm’s length distance between them and the appraiser. They’ve been a part of the industry for decades but it wasn’t until after the mortgage crisis about a decade ago that their use became a big part of the industry. That’s because the Federal Housing Finance Agency entered into an agreement with the state of New York to encourage their use for Fannie Mae and Freddie Mac transactions. Once their use in New York was set, Fannie and Freddie extended it to all of their transactions, making the use of AMCs a national policy. Later, their use became even more standardized by the federal government.

NAR takes the position that AMCs are one way to encourage appraiser independence.

The FHFA’s report is a top segment in the latest Voice for Real Estate news video from NAR. The video also looks at the upcoming General Data Protection Regulation from the European Union. The rule takes effect later this month and while most web companies have been aware of the rule for a while, for many people it comes as a surprise and they wonder if it’s something they have to concern themselves with. The short answer is, they probably do. That’s because the E.U. has said it plans to enforce it across the board, which means it could try to take action against a company even if it’s American and caters to Americans.

Under the rule, anyone who resides in the European Economic Area is entitled to certain privacy rights. Thus, if you have a website and a European resident comes to it to, say, browse listings, you can’t put a data-tracking cookie on their computer without getting their permission upfront. Right now, that permission is implied and they have to choose to opt out. So, this rule flips current U.S. practices on their head. Instead of them opting out, you have to ask them to opt in.

The rule requires other things as well, but, bottom line, expect to make changes to how you track people who come to your site.

You can expect lawsuits once the E.U. tries to enforce the rule in the United States, but separate from that, large web operations that want to cater to as many people as possible are probably going to make the changes regardless of what the E.U. does. Eventually, that will change the standard in this country.

The video also looks at the latest home sales figures, which are up, despite persistent inventory shortages, and an upcoming webcast NAR is hosting to let people know what REALTORS® will be talking to members of Congress about when they come to Washington for the 2018 Legislative Meetings later this month. There are four talking points: indexing some tax reform provisions to inflation, reauthorizing flood insurance, improving Fair Housing, and protecting net neutrality. 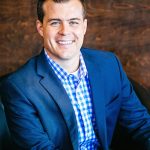 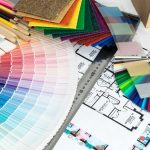 Story Ideas: Creating a Color Scheme for a Whole HouseUncategorized