Will Cities Save Net Neutrality? Will 2018 Be Green Tech’s Breakout Year? (Plus Three More Items in Five for Wednesday)

Net neutrality has been repealed on a federal level, but many web users continue to clamor for an open internet. There’s one possible solution that’s gathering steam: cities could build their own internet networks, and run them as public utilities.
Electric vehicles, clean home power, battery storage backup, and more: some think 2018 is the year green tech is going to begin making a huge impact..
Admit it: you’ve used navigation apps to find neighborhood routes and escape highway traffic. The town of Leonia, New Jersey isn’t too keen on that, and they’re doing something about it.
The likelihood of future embarrassment for all most Americans is now lower, as the Library of Congress is no longer archiving every Tweet.
Depending on how long you’ve been using computers, or how deeply you’re interested in them, you may or may not remember the Lisa OS, Apple’s first entry into GUI computing. For its 40th anniversary, it’s being released as open source software. Very cool, very geeky. 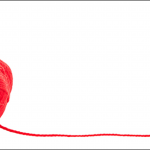