On the global front, the past year has experienced an improvement in economic conditions. It was not long ago that developed economies were grappling with economic weakness, as central banks reached for unprecedented negative interest rates to stem the declines in output. However, from the midpoint of 2016, world economies have regained their footing and have pressed toward higher ground.

Global economic output increased as 75 percent of the world economy experienced accelerating growth this past year. The International Monetary Fund’s projections for the growth of global economies calls for 3.9 percent advanced in both 2018 and 2019.

The economic gains were most noticeable across Europe, where the anxiety sparked by the 2016 United Kingdom referendum decision to leave the European Union gave way to a more tempered outlook. The Asian region also recorded positive economic performance, as Chinese growth picked up a slight tailwind. In the Americas, economic trends underscored a rising global tide, with the United States and Canada posting solid economic gains. Central and South American economies took more moderate paths. Canada and Mexico remained engaged in renegotiating the North American Free Trade Agreement with the US during the year.

With the backdrop of rising economic conditions, international commercial real estate transactions moved sideways. Total global sales volume for investment properties totaled $873.3 billion in 2017, according to Real Capital Analytics, on par with the prior year. However, sales of development sites jumped 39 percent year-over-year, adding an additional $674.5 billion to global volume.

In the US, large cap investment sales reached $463.9 billion in 2017, a seven percent drop from 2016 levels, based on RCA data. International investors remained active in U.S. commercial markets, however their market share returned to historical levels, accounting for 11 percent of total volume.

In contrast to the large cap commercial market transactions reported by RCA (aggregated at $10 million and above), most REALTORS® who specialize in commercial real estate managed investment deals averaging less than $2.5 million per deal, frequently located in secondary and tertiary markets.  The Commercial Real Estate International Business Trends 2018 focuses on this significant segment of the economy and real estate markets.

Based on data from a national survey, REALTORS® were active in cross-border commercial real estate transactions during 2017. With the rising profile of smaller capitalization markets, 18 percent of survey respondents reported closing an investment sale involving international clients. 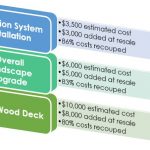 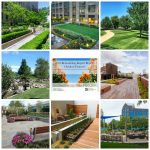