Books in Brief: Lighting the Path to Housing Equality

No matter how passive it may seem, reading is an activity. It can be an acknowledgement, a political act, an act of remembrance—and at its best, it’s often all three wrapped into one.

April 11, 2018 will mark 50 years since President Lyndon B. Johnson signed the Fair Housing Act into law. So much has changed since then, and yet so much hasn’t. Here at the Book Scan blog, we’ve been commemorating this anniversary by reading and reviewing books (specifically, the ones that appear on the National Association of REALTORS®’ list of reading material that touches on this subject).

But we wanted to invite our readers to join in the commemoration as well. Check out the list below (and our linked reviews, where available). Pick out a book, see if it’s available in the NAR library or your local library or bookstore, and take in this moment with the help of the written word. Let me know if we’re missing anything on this list. And stay tuned for more reviews of these books in the coming months from NAR staffers and members. 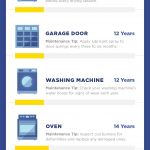 How Long Do Common Household Items Last?Uncategorized
Selling a House in 2018 Can Cost More than $18,000Uncategorized