In the monthly REALTORS® Confidence Index Survey, the National Association of REALTORS® asks members who reported about their most recent sale for the month “Did the buyer pay in cash, without financing the home?” 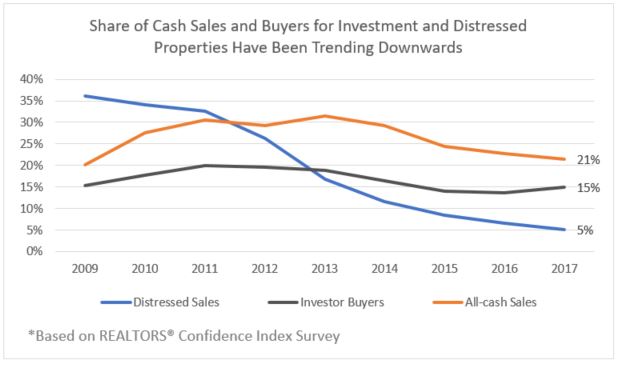 Cash sales have declined dramatically in Arizona, California, Florida, Georgia, Illinois, and Michigan since 2012 as the share of distressed sales have also fallen.[3]

In Florida, cash sales continue to account for a large share of sales, at 33 percent (though this is still lower than the 51 percent share in 2012) even as the share of distressed sales has declined to five percent in 2017 (57 percent in 2012). One reason may be that Florida has a larger fraction of international buyers in Florida relative to other states. During the period August 2016-July 2017, international buyers accounted for 15 percent of Florida’s sales, 72 percent of which made an all-cash purchase. Nationally, foreign buyers accounted for only five percent of sales during the period April 2016–March 2017.

In New Jersey, cash sales made up 23 percent (25 percent in 2016). New Jersey follows a judicial foreclosure process, so distressed properties still comprise a larger fraction of sales, at 12 percent in 2017.

Illinois also follows a judicial process, so there are still relatively more properties going through the foreclosure process, with distressed sales making up seven percent of sales in 2017. 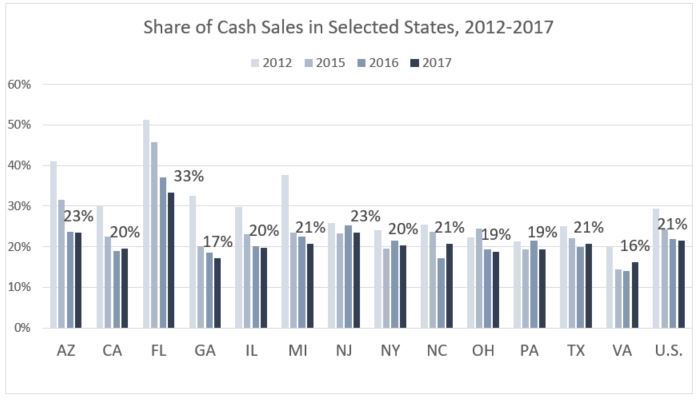 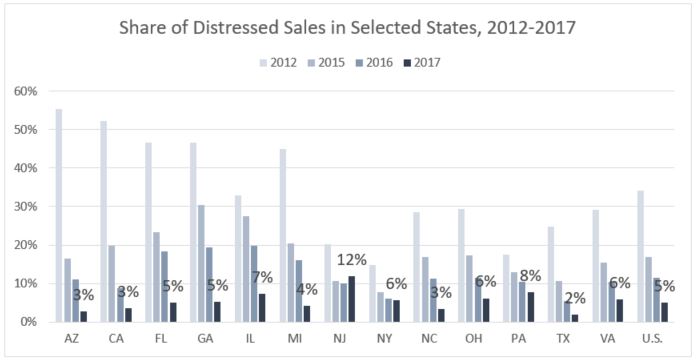 [2]NAR’s 2017 Home Buyers and Sellers Report (HBS) reported the share of first-time buyers at 34 percent. The HBS report is survey of homebuyers who purchased the home for primary residence, while the NAR RCI Survey is a survey of REALTORS® who reported sales for primary and non-primary residential use of the buyer. 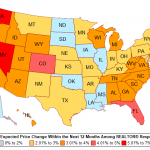