In a monthly survey of REALTORS®, the survey asks “Think of your most recent sales contract in the past 3 months that was either closed or terminated. Please explain how the deal concluded.” 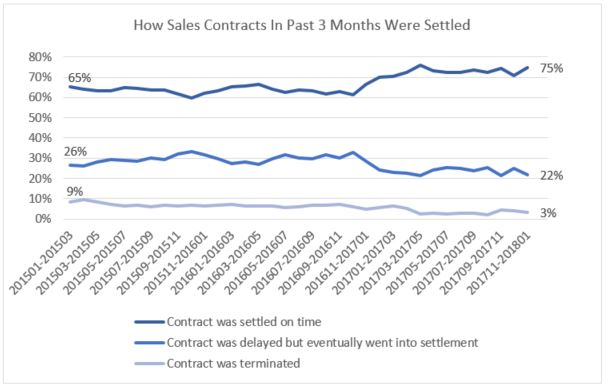 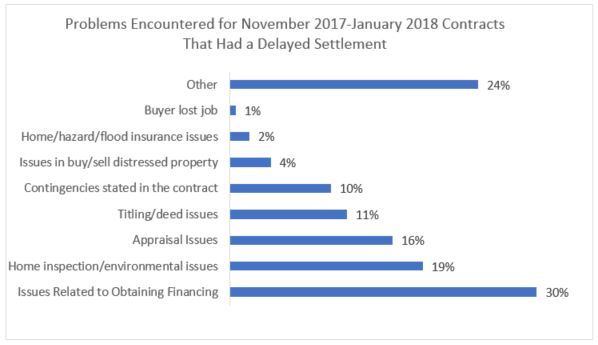 Cases of delay related to appraisal appears to be declining since the second half of 2017, when appraisals accounted for 26 percent of delayed settlements. The decline in appraisal issues may be related to the introduction of Fannie Mae and Freddie Mac of their appraisal-free mortgage program for purchase loans which both GSEs launched on September 1, 2017.  However, there are certain conditions for appraisal-free home purchase mortgage applications. Both GSEs require a loan-to-value ratio of up to 80 percent and the loan application must have passed the automated underwriting platforms (Desktop Underwriter© for Fannie Mae[1] and Loan Product Advisor© for Freddie Mac.[2] The loan is only for single-family residences, either primary or secondary residence. 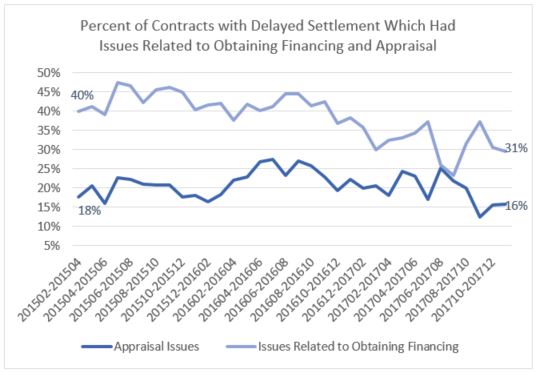 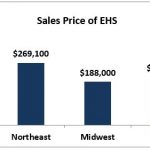 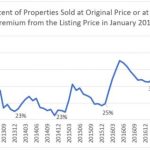