Foreign Buyer Residential Purchases Decline to $121 B, According to NAR 2018 International Survey

Foreign buyers purchased $121.0 billion of existing homes from April 2017—March 2018, a 21 percent decline from the past period’s level, according to NAR’s recently released 2018 Profile of International Activity in U.S. Residential Real Estate.[1],[2] Foreign buyers accounted for eight percent of the $1.6 trillion existing home sales during the same period, a decrease from the 10 percent share during the previous 12-month period.[3] 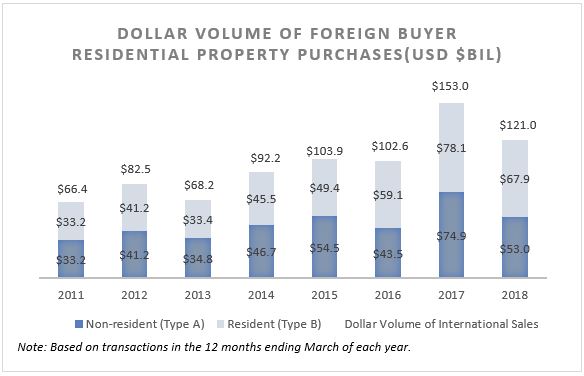 Measures in number of units purchased, the number of purchases declined to 266,800, a six percent decline from the level during the prior period. 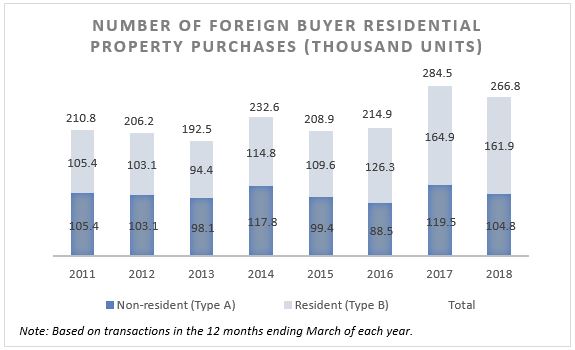 Like domestic buyers, foreign buyers faced higher prices and fewer homes for sale[4], especially for homes below $250,000. Foreign buyers who tend to purchase at the lower price segment— such as those from Canada, Mexico, and the United Kingdom —significantly declined. However, foreign buyers who are more able to afford properties at the higher price segment —such as those from China and India — did not appear to have been significantly deterred in purchasing residential property. For the sixth consecutive year, buyers from China were the top buyers, purchasing $30.4 billion worth of residential property, followed by buyers from Canada ($10.5), United Kingdom ($7.3), India ($7.2), and Mexico ($4.2). 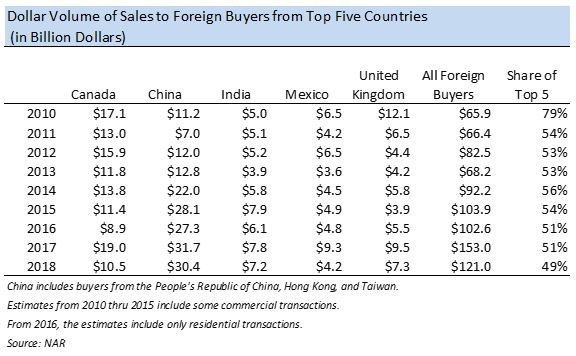 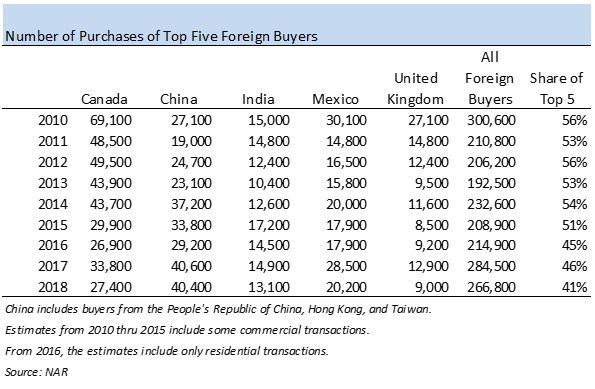 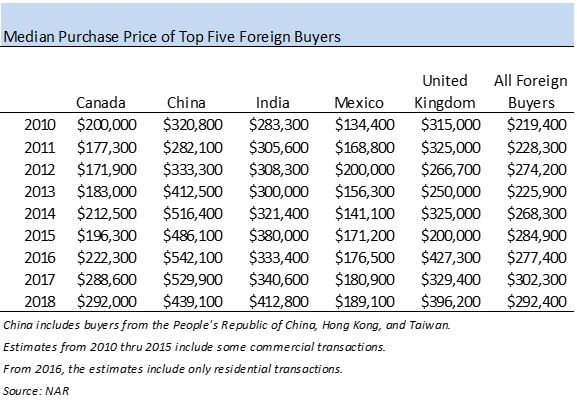 [2] The term international or foreign client refers to two types of clients: Non-resident foreigners (Type A) who are non-U.S. citizens with permanent residences outside the United States, and who typically purchase property as an investment, for vacations, or other visits of less than six months to the United States; Resident foreigners (Type B) who are non-U.S. citizens who are recent immigrants (in the country less than two years at the time of the transaction) or temporary visa holders residing for more than six months in the United States for professional, educational, or other reasons. 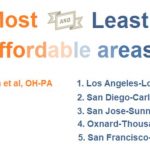 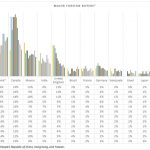