How much of my income goes towards housing?

With rates rising and home price growth starting to slow, I started to consider how much income is used towards housing in this current economic climate. Mortgage rates are trending upwards to near the highs of 2011 at 4.98 percent, home prices are still rising but at a slower pace, and the median income has been steadily rising although an even more modest pace than house prices. These factors go into how much of a person’s income goes towards housing expenditures and whether housing is a burden for potential homebuyers. This blog will highlight some of the factors and show states and regions where housing is less of a financial burden.

Home prices since 2000 started to outpace incomes but started to turn towards the end of 2007, until home prices plummeted during the Great Recession. In 2008, incomes grew making it favorable for potential homeowners to buy a home. It took home prices about 4 years to recover, beginning in 2012. Around 2014 home price growth began to bloom and once again, prices started to outpace incomes. This pace has continued until recently, as home price growth has slowed making owning a home affordable. As of the second quarter of 2018, family incomes have increased by 52 percent since 2000, while housing prices have increased by 95 percent, or nearly doubled the level in 2000.

Payment to Income and Mortgage Rates

Let us look at the amount of money homeowners had to commit from their income to be able to afford a home. In 2000, when interest rates were 7.90 percent, homeowners had to spend about 19.6 percent of their income to be able to afford a home. In 2006 when rates were around 6.50 percent, homeowners had to spend 22 and up to 24 percent of their income on a home. In the wake of the Great Recession in 2009-2010, mortgage rates started to fall, so the share of income that went to paying a mortgage declined. In 2013 when rates were down to 3.47 percent, the mortgage payment on a median priced home was 11 percent of the median family income, putting less pressure on household incomes. Since that time rates have continued to decline, much to the benefit of potential homeowners. Anything above 30 percent is considered burdensome on households, but below that range would be typically affordable. On a regional level, the West requires a higher portion of your income, which has eclipsed the 35 percent mark. The Midwest, being the most affordable region, requires the least percentage of median family incomes. The Midwest started around 15 percent and, at times, dipped below 10 percent and is currently hovering back around 15 percent.

A ratio between 2.5 and 4 is normal and healthy price to income ratio for the housing market. As of August 2018, the median price of existing homes sold was 3.5 percent of the median family income. The Harvard University Joint Center for Housing Studies (JCHS) produced a map showing the US home price to income ratios. The ratios range from under two to over eight. As the map below illustrates, costal markets have much higher ratios, indicating significantly higher home prices compared with incomes. The West Coast region has affordability issues, with several areas posting ratios above eight, including San Diego, Los Angeles and the San Francisco metropolitan area. Small pockets in the Northeast reach above five, mostly clustered around New York City and Boston. The Miami/ South Florida Region also posts low affordability. In comparison, The Midwest region has ratios in the 2-3 range, in line with historical averages. 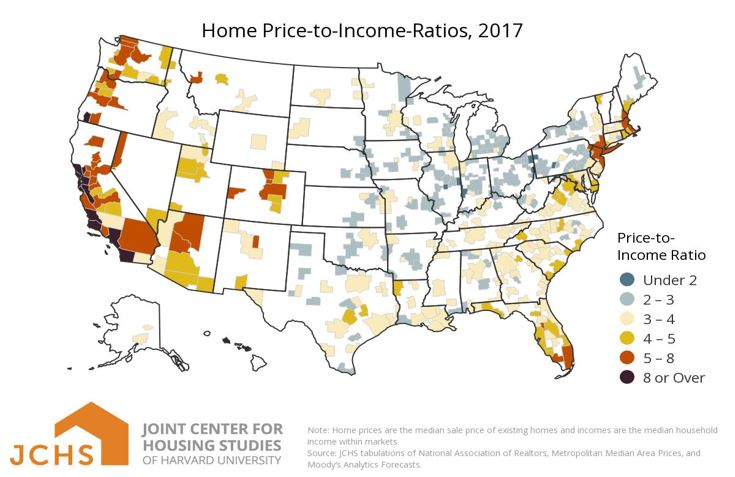 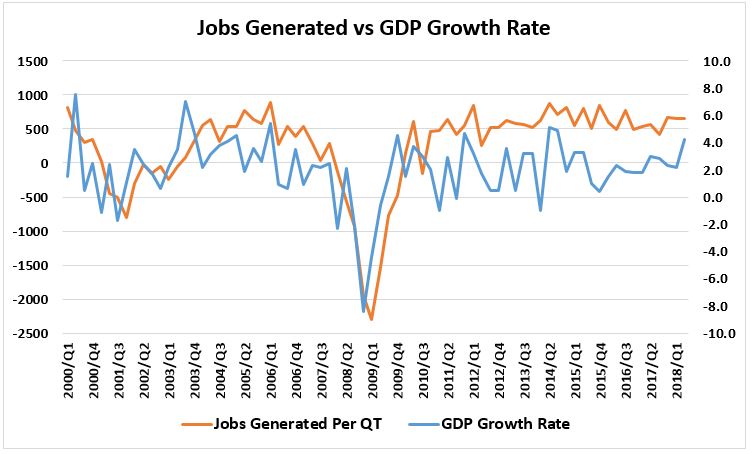 The Gross domestic product (GDP) has hovered around 3 percent and has had to withstand the tech bubble, wars and several crises. In 2009, both jobs and GDP took a dive but rebounded the following year. GDP and jobs have grown solidly after the Great Recession. Unemployment has been below 6 percent ever since 2014, which is good for economic progress and potential homebuyers.

Even with rising rates and higher home prices, potential homebuyers have plenty of reason to join the market. Real Estate is still affordable in several states and regions. The job market is strong, GDP is at a healthy level and consumer confidence is high. New homes and existing inventory figures are now improving, although still modestly, but the increase in inventory is helping tame price growth. 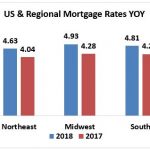 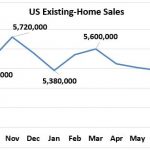