Federally backed home loans from the Rural Housing Service have been called one of the the government’s best kept secrets because buyers can get safe, affordable mortgage financing in areas where few other loan options are available. The underwriting requirements are considered both strong and reasonable, and, maybe most important, homes that wouldn’t be eligible for loans by conventional lenders are often eligible under the federal program. That’s because RHS recognizes that in rural areas, houses are not always built to meet the needs of suburban or urban buyers. The agency’s old name—Farmers Home Administration (FmHA)—says a lot about where the agency is coming from.

That’s why it’s significant that the U.S. Department of Agriculture, which oversees RHS, undertook a reassessment of what constitutes a rural area. That assessment was just completed and in about two months—June 4—a new map of rural areas takes affect. When it does, some areas that used to be considered rural are no longer considered that. One example is Ashburn, Va. Like so many areas in Northern Virginia, it’s being swallowed up by the D.C. metropolitan area. It’s now another suburb.

That means households who might struggle to get financing to buy a home can no longer count on direct or guaranteed loans from RHS. They’ll have to find conventional financing or maybe try FHA.

The good news for buyers in many of these new suburbs is their choice in lenders has probably increased along with the area’s population. In other words, maybe RHS is less needed now, because conventional lenders have moved in to take advantage of the area’s growth. But every area is different. There are probably a number of areas where the choice in lenders hasn’t kept up with growth, so the RHS loans will be missed.

In any case, it makes sense to learn if your area has been affected. The latest Voice for Real Estate news video from NAR talks about this and walks you through how you can see the status of your area.

The video also looks at some things FEMA is doing to encourage growth in private flood insurance options. Thanks in large part to a new consumer advocate in the Federal Emergency Management Agency, the agency said it will allow homeowners to drop their federal coverage and get private coverage instead without incurring any penalty. Prior to this change, you couldn’t do that. You had to keep your federal coverage even if you found cheaper or better private coverage. That consumer advocate, by the way, is there in large part thanks to NAR, which made sure it was part of flood insurance reform legislation that passed a few years ago. We’re now seeing the benefits of that.

In another change, insurance companies that offer the federal coverage can now also offer a private alternative. Again, that wasn’t allowed before. There are a few more improvements like that. The video walks you through them.

Also in the video is an update on competition in the real estate industry. You might recall that it was 10 years ago that NAR and the U.S. Department of Justice entered into an agreement to make sure virtual office websites (VOWs) are treated the same as brick and mortar brokerages in obtaining MLS data to share with people. That agreement expires later this year and the first of two workshops was held in Washington looking at the state of competition today. NAR Associate General Counsel Ralph Holmen (retired) participated in that workshop and made the point that the VOW business model wasn’t a big part of the market 10 years ago and is even smaller today, in part because it involves creating a client relationship with people who want to look at listings on your site. For many brokerages, it’s easier just to offer up listings without having to set up that client relationship first. NAR has said it doesn’t plan to change its VOW policy when that DOJ agreement expires.

The video also excerpts from the NAR Broker Summit that was held in Nashville earlier this month and also introduces a monthly video series NAR is launching for the year, Fair Housing Focus. The video is part of NAR’s recognition of the 50-year anniversary of the Fair Housing Act. 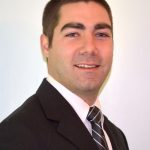 How to Win the Deal in a Seller’s MarketUncategorized