NAR identifies metro areas with the highest deficit in home construction,, as well as those areas where the housing supply appears to be sufficient to meet the demands of home buyers. The Monthly Housing Shortage Tracker is an index, which compares how many permits are issued relative to the number of new jobs. The higher the index the greater the housing shortage since it shows that more jobs have been created relative to the number of new homes constructed. Based on the historical average, two permits are issued for every new job. However, the highest value for the index in August was 14.8 in the New York metro area. This means that for every 15 new jobs a single-family unit is permitted. In contrast, a single-family unit is permitted for every new job in the Houston metro area.

The “usual suspects” are at the top of the list. It is noteworthy that, among the top ten metro areas with the most severe housing shortage, seven are located in California.

The visualization below allows you to see how many permits are issued for every new job for 178 metro areas. Click on a metro area on the map and see the number of permits issued and new jobs created in the last three years.

Comparison to a Year Earlier

[1]The average was calculated based on the indices of these 178 metro areas. 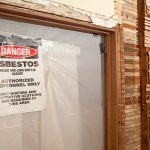 Watch for Asbestos When Renovating Older Homes: You May Be at RiskUncategorized
Keller Williams Closes Q2 With Record-Breaking ResultsUncategorized