“The economy expanded at a respectable rate of 2.3% in 2017. That’s a good comeback considering a very weak start of only 1.2% growth in the first quarter.

The housing market performed reasonably well last year with decade highs in new and existing home sales. But housing construction still did not fully get back to historically normal levels. Only 1.2 million housing units were constructed compared to the historical average of 1.5 million starts a year. This underproduction is the principal cause of the ongoing housing shortage, and why the economy did not fully get back up to 3% GDP growth possibility last year. Even in the private business sector, spending for equipment and software soared, but not for commercial building constructions.

For 2018, the tax cuts that go into effect will provide a lift, and GDP growth of 3% is likely. But to have even faster expansion, along with strengthening wage and income gains, real estate construction has to significantly ramp up and show robust gains. Liberating small-sized community banks from big-bank regulations will permit more construction loans, and could get us back to historical average conditions for construction. This would in turn lead to a spectacular gain of near 4% GDP growth in 2018.” 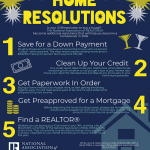