Locals Share the Top Places to Take Pictures in Philly

Philadelphia is known as the “City of Brotherly Love” and the home of the Philly cheesesteak. The city is full of historic and eye-catching attractions, making it the perfect backdrop for impeccable photos. We teamed up with local residents to find the best places to take pictures in Philly. s So whether you’re renting an apartment in Philly, considering living in the city, or just passing through – be sure to check out these picture-perfect places. 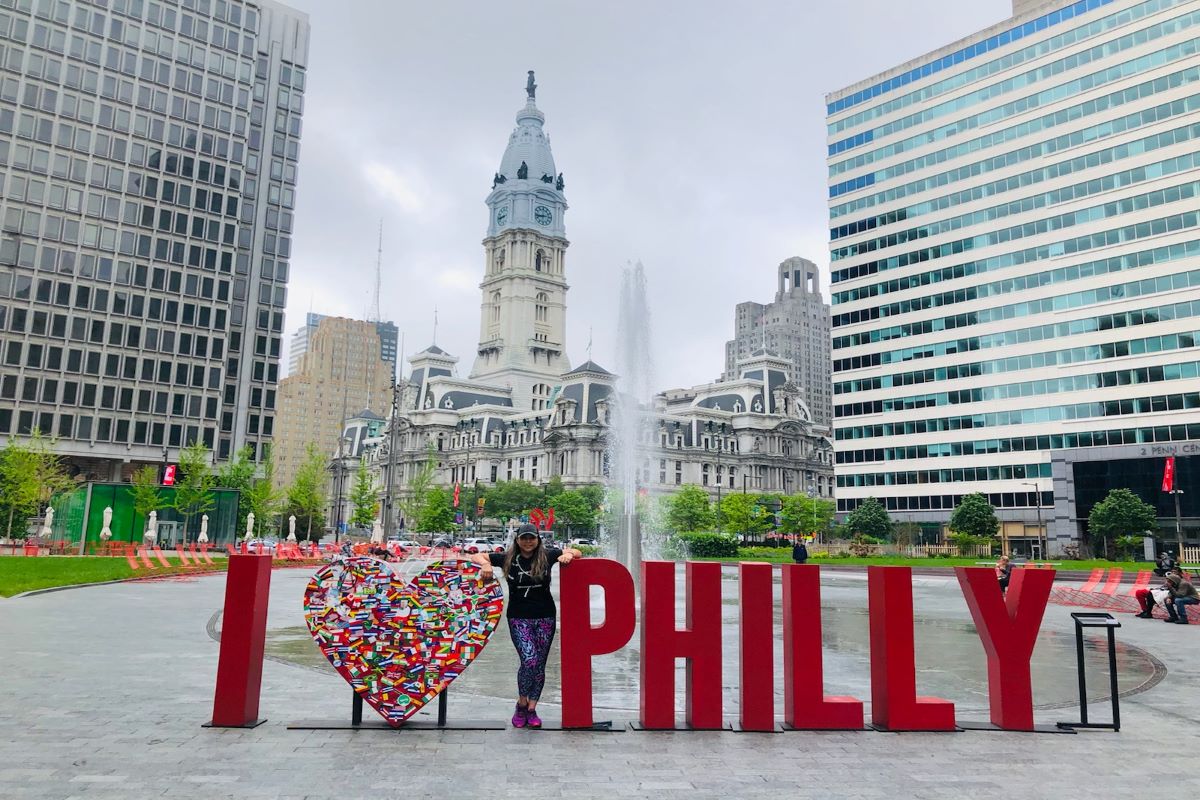 Few locations are as iconic and picturesque as the Philadelphia Art Museum. While it’s best known as the setting for an iconic scene in the movie Rocky, there is so much more to the museum that makes it a perfect backdrop for photos according to photographer Carolyn Clement and Michael Gazaleh of City Running Tours.

“Few things are more Philly than the Art Museum with its famous steps and Rocky statue,”  says Clement. “But did you know that located behind the museum many beautiful places are waiting to be explored? The Azalea Gardens, Sculpture Garden, Waterworks, Kelly Drive, and Boathouse Row are among my favorite locations for family photoshoots and they are all within minutes of each other. I love the Art Museum and Azalea Gardens because no matter my client’s home decor, we can find a background to compliment everyone’s aesthetic.”

The Old City Historic District is known for historic landmarks like Independence Hall, where the Declaration of Independence was signed, and the Liberty Bell. The architecture and attractions make it a prime spot for photography. “My favorite place to shoot in Philadelphia is Old City,” says Jajhira Herbert of  Jajhira Photography. “The area has a slower vibe than Center City, so walking around to view all Old City has to offer is fun and easy. Old City is also versatile, there are so many backdrop options to choose from that you can really have fun when styling yourself or your clients.”

This location is a favorite for Philly pictures due to its proximity to City Hall and other local landmarks. “Every Philadelphian local has witnessed tons of bridal parties, graduates, and groups of friends taking photos in the middle of S. Broad Street in front of City Hall,” says Matt from City Food Tours. “This iconic spot showcases one of Philadelphia’s most gorgeous buildings in the background; City Hall was constructed in 1871, and is the world’s largest fully-masonry building. 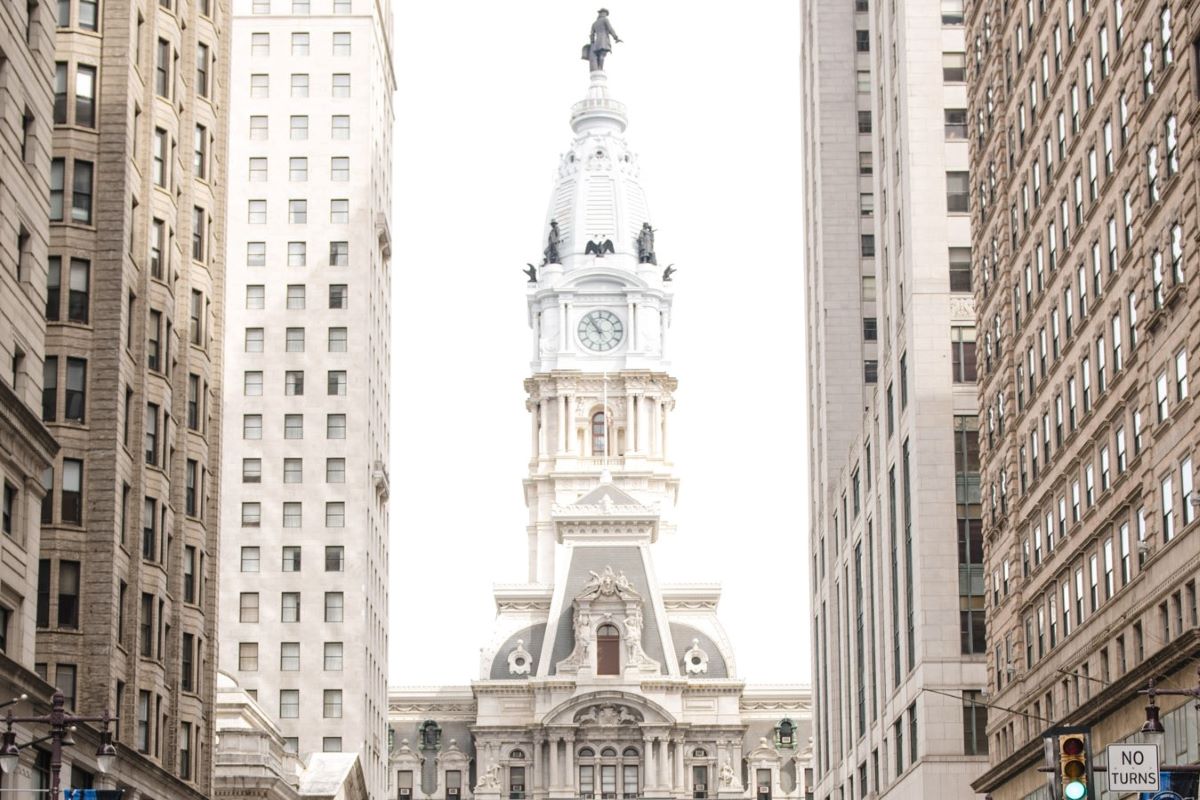 Lori from RingShot Photography also recommends taking photos by City Hall. “This location embodies all that is Philadelphia with cars driving by on either side and cheering for our couples by honking in celebration,” she says. “Besides the Historic Liberty Bell, City Hall is one of the most unique, impressive, and recognizable structures in our city as it is topped with the iconic statue of Philadelphia founder William Penn. It is also the largest municipal building in the United States.”

If you’re a fan of old-school architecture, the Merchants’ Exchange Building in Old City is a perfect place to take pictures in Philly. The building was constructed in the 1830s as a centralized exchange building during a period of economic growth in the city.

“My favorite photo op in Philadelphia is in front of Old City Philadelphia’s Merchants’ Exchange Building,” says photographer Amber Dawn. “As a wedding photographer located in the Philly area, it’s one of my favorite spots to recommend to my couples for their engagement photos. This historic landmark, full of old-world charm, is a must-see, featuring a rounded marble facade and soaring pillars, all surrounded by cobblestone.”

This landmark began operating in 1871. It was built to replace the city’s original naval yard which began in 1776 and was the first naval shipyard in the United States. “The Philadelphia Navy Yard is a great American landmark that has been transformed into the most successful commercial redevelopment of a former military facility in the country,” says Jackie Hall of PIDC Philadelphia.

“Visitors can come to the Navy Yard between sunrise and sunset and enjoy the history, architecture, ships, public art, parks, and beautiful waterfront, and take the self-guided walking tour which offers endless photo opportunities. One of our favorite photo ops is of the USS John F. Kennedy, located at 16th Street at the river, a supercarrier and the last conventionally powered carrier built for the U.S. Navy.”

Philly’s Magic Gardens are home to various works of art from around the world. Located on South Street, the gardens feature both indoor and outdoor displays. “It’s a really cool and unique spot to check out when visiting,” says Nancy Sevilla of the Fancy Nanc-ista blog. “It’s a mural marvel. From old bicycle wheels to glass, they built the gardens entirely from recycled materials. You can weave down different rows and stairs in the gardens, much like a maze. Each object in the installation is unique, and no two objects are alike.” 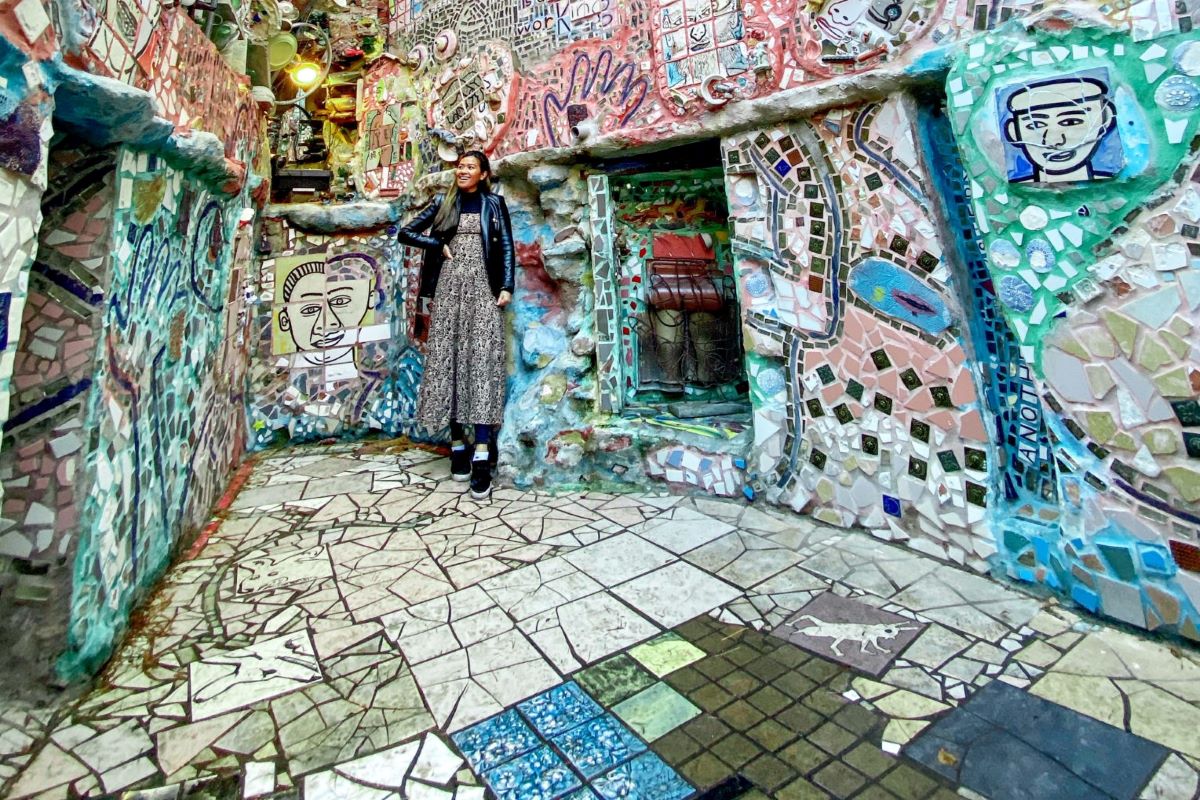 Wildlife enthusiasts will enjoy taking photos at Wissahickon Creek, which empties into the Schuylkill River and runs through Fort Washington State Park. It’s a great spot for Philly pictures in a natural setting. “There are so many beautiful locations, you can choose between woods, creeks or open fields, even historic houses,” says photographer Amber Johnston. “It’s perfect for weddings, engagements, family photos, and headshots. Being in nature puts everyone at ease and helps create beautiful, fun, and natural photos.”

The unique, colonial-era architecture of Addison Street creates a picturesque backdrop for any photo. “It’s a very quiet and cute typical narrow Philly street that has string lights on all year round, says photographer Alexa Nahas. “I’ve done tons of different shoots there from proposals to maternity, and family photos. The lights are nicest in the winter with bare trees but every season transforms this street into a cute urban haven. From cherry blossoms in spring, lush greenery in summer, and autumn leaves lining the street in the fall, it shines all year long.” 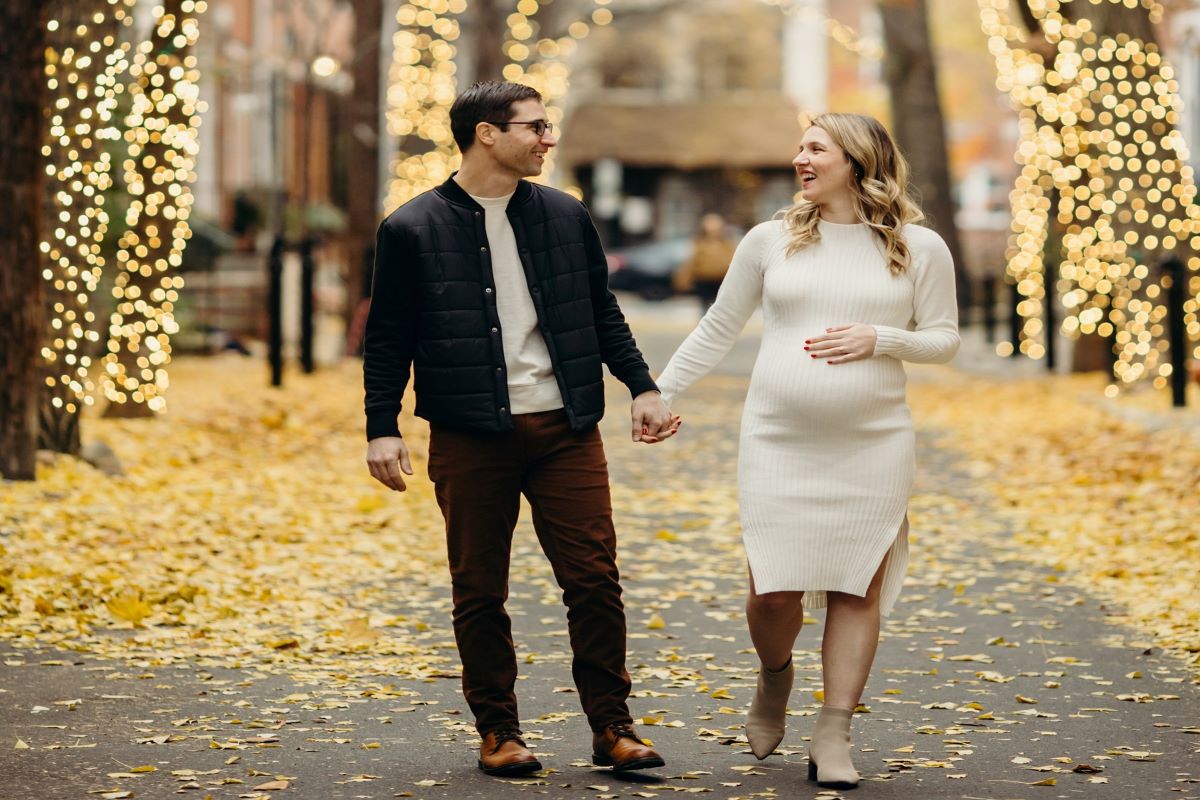 For a scenic view of downtown Philadelphia, go to Cira Green, an elevated park in West Philly’s University District. It spans 1.25 acres and also overlooks the Schuylkill River. “Cira Green is a happening spot for locals and tourists,” says photographer Matthew McMasters. “Located on the top of a 12-floor building, not only does it have a spectacular view of the city but a concession stand, movie nights, and music. It’s a pet-friendly spot so you can bring your dog.”