Minneapolis, Portland and Chicago are the Most Bikeable Cities of 2018

Minneapolis, Portland and Chicago are 2018’s best cities for cycling according to the updated Bike Score® rankings by Redfin. Bike Score, a tool by Redfin company Walk Score®, rates locations based on several factors including access to bike lanes, as well as road connectivity and hilliness. With the latest rankings, Bike Score ratings have been added to 1,831 new cities and more than 10,000 new neighborhoods.

“Among the biggest improvements made to Bike Score was adding OpenStreetMap infrastructure data, enabling us to identify bike paths, bike lanes and sharrows in thousands more cities and neighborhoods across the United States,” said Matt Lerner, Walk Score co-founder and Redfin’s senior vice president of product and design. “OpenStreetMap data is fueled by a community of people who know the roads and paths better than anyone, which makes this update the most accurate measure of bikeability that we have ever created.”

“As both a mayor and a bicyclist, I place a high priority on sustainable and inclusive transit,” said Minneapolis Mayor Jacob Frey. “Our greenway, our nationally-renowned parks, and our city’s commitment to creating streets safe for everyone have helped make Minneapolis a national model for bike and pedestrian embracing infrastructure. This first place finish is a testament to our collective commitment to the Minneapolis model for meeting the transportation, safety, and environmental demands of the 21st century.”

Portland had the biggest increase in its Bike Score, moving up 9.2 points from 2015 to 81.2 this year. In 2016, the Portland Bureau of Transportation (PBOT) received funding to create a system of bike lanes, bike crossings and neighborhood greenways that connects neighborhoods to the downtown area with commuter safety in mind. PBOT remains committed to keeping the city’s bike network in good structural shape and continually expanding as part of its 2030 Bicycle Plan.

“Portland has some of the best bike infrastructure in the world—and it’s only getting better,” said Portland Mayor Ted Wheeler. “A high Bike Score isn’t just important because it highlights our world-class bike infrastructure, but it speaks to the livability, environmental sustainability and connectedness of our city.”

After Portland, Seattle, WA had the next-biggest Bike Score increase, up 7 points from 2015 to 70 this year. The emerald city moved from 13th place in 2015 to 6th place in 2018 thanks to the Seattle Bicycle Master Plan. As part of the plan, Seattle has added several off-street trails, neighborhood greenways and protected bike lanes to help riders pedal around the city as an additional mode of commuting.

Many cities lost points because Bike Score no longer counts unmarked road shoulders as bike lanes. Cities like Kansas City, MO (-8.5), Atlanta, GA (-8.5) and Las Vegas, NV (-8.0) saw their Bike Score ratings decrease significantly because their roads do not have painted lines or signs indicating that there are protected bike areas. This change was made because, without a designated area to ride, cyclists are at elevated risk of interfering with traffic. Other cities that posted similar declines were Nashville,TN (-7.4) and Arlington, TX (-6.3).

To see how your home, neighborhood or city stacks up, search walkscore.com or Redfin.com.

The Bike Score algorithm calculates a score based on four equally weighted components: bike lanes, hills, destinations and road connectivity and bike commuting mode share. The bike lane score is based on bike lane infrastructure from OpenStreetMap. Bike lane infrastructure currently includes all on and off street bike lanes/paths but does not include infrastructure such as bike parking, bike sharing, etc. To calculate the “hilliness” of an area we look at the steepest grade within a 200 meter radius of the origin. A grade of 10% – 2% is given a score of 0 – 100. Our data source is the National Elevation Data set from the USGS. To measure destinations and road connectivity we use a modified version of Walk Score which measures the network distances to a diverse set of amenities and calculates connectivity metrics such as average block length and intersection density. For bike commuting mode share, we create a 1 km moving window over the census tract level data and normalize bicycle mode share from 0 – 10% to a score between 0 – 100. For a more detailed Bike Score methodology, click here.

The post Minneapolis, Portland and Chicago are the Most Bikeable Cities of 2018 appeared first on Redfin Real-Time. 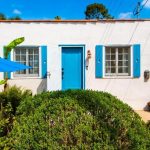