A renovated Mid-century home situated in the historic Racquet Club Estates neighborhood of Palm Springs hit the market today for $665,000. Built in 1959 by the Alexander Construction Company, the home is one of 2,200 houses that helped propel Palm Springs into an enclave of mid-century modern architecture. In 1963, the three-bedroom, two-bath property caught the attention of late actress Debbie Reynolds, who reportedly purchased it for her parents Raymond Francis and Maxene Reynolds. Debbie’s children, Todd and Carrie Fisher, were five and seven years old at the time and are said to have visited their grandparents at the home often.

Though it’s changed hands three times since then, the home’s mid-century modern features, like post-and-beam ceilings and clerestory windows, have been beautifully preserved.

The most recent owners, Josh and Leigh Anne, started looking for a vacation home in 2015. They live in Los Angeles and wanted a mid-century modern home in Palm Springs that would be a quick drive away. Unfortunately, finding one that retained its original mid-century modern details was more difficult than they’d anticipated, as many homes in that area were totally redone in the 80s. After a year of searching, the couple purchased the home and was ready to give it the TLC it needed.

“My wife and I fell in love with the home’s architecture and idyllic surroundings,” said Josh. “It had that original character that it would have back in 1959 and that’s what we were looking for. And the location was great for us. It’s a quick two-hour drive from LA, so we could pack our bags, take our dog and be transported into this awesome desert oasis.”

The home now has an updated kitchen, complete with quartz countertops, glass tile backsplash and stainless steel appliances. The couple also remodeled both bathrooms, and gave the interior and exterior fresh coats of paint.

Polished concrete floors help keep the home cool in the summer and easy to clean when guests enter and exit to use the pool. The home also has a new front door, HVAC system, tankless water heater and pool heater, in addition to other upgrades.

The house sits on a 10,000-square-foot lot and features a sparkling pool, drought-tolerant landscaping, including palm trees and an orange tree, and grass in the backyard. It sits directly across from Victoria Park and is just two miles from downtown Palm Springs.

Want to see the home in person? Book a tour here or come by one of our open houses, set to debut during the buzz of Palm Springs’ annual Modernism Week on Tuesday, Feb. 20 and Wed. Feb 21. Check Redfin for exact times.

The post Palm Springs Mid-Century Modern Home Once Owned by Debbie Reynolds Can be Yours for $665K appeared first on Redfin Real-Time. 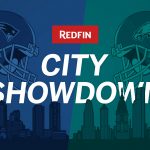