The chart below shows buyer traffic conditions in October–December 2017 compared to conditions one year ago, according to the  December 2017 REALTORS® Confidence Index Survey. Except for four states, REALTORS® reported that buyer conditions were “stable” (unchanged) to “very strong” compared to conditions one year ago.[1] Respondents from Texas and Florida, states which were hit by hurricanes Harvey and Irma, generally reported “strong” buying activity compared to one year ago. On the other hand, Alaska, North Dakota, Louisiana, and West Virginia respondents generally reported “weak” buyer traffic compared to one year ago, and this may be related to the effect of the slump in oil prices since 2015, though oil prices have started to firm up again in 2017 as OPEC cut its oil production. 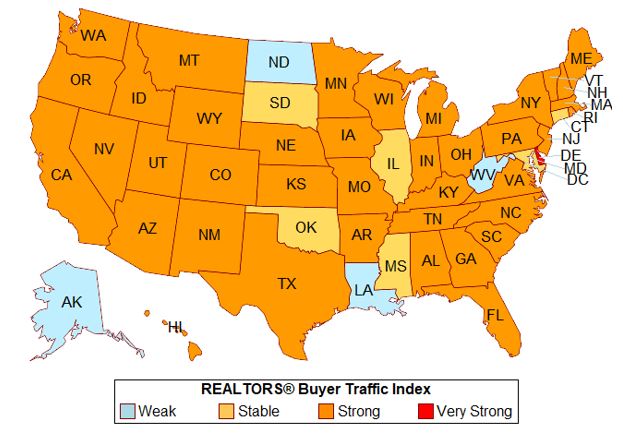 Supply conditions in October –December 2017 is improving but supply is still tight, with only 26 states having seller traffic conditions that are “stable” (unchanged) or “strong” compared to conditions one year ago.  Most of the states with stable or improving seller activity in October-December 2017 are in southern area of the United States. 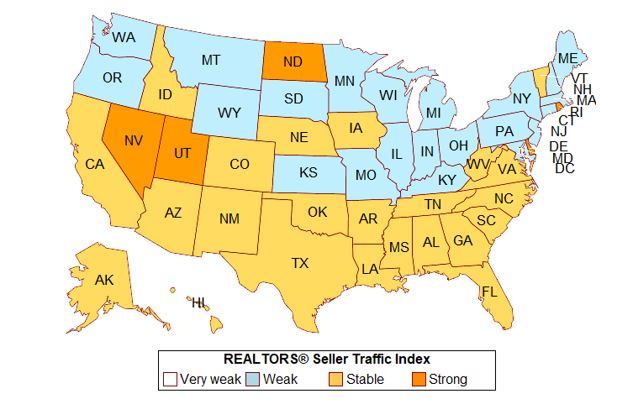 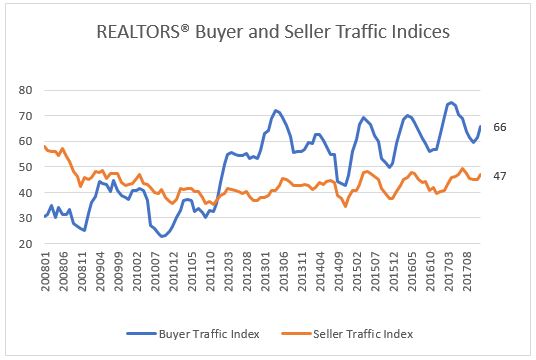 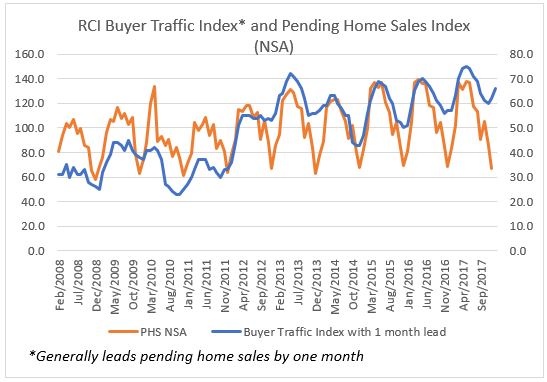 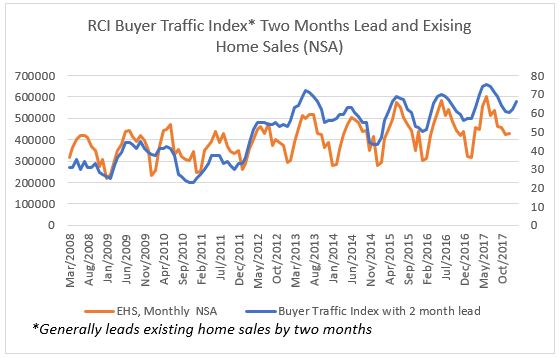 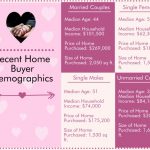