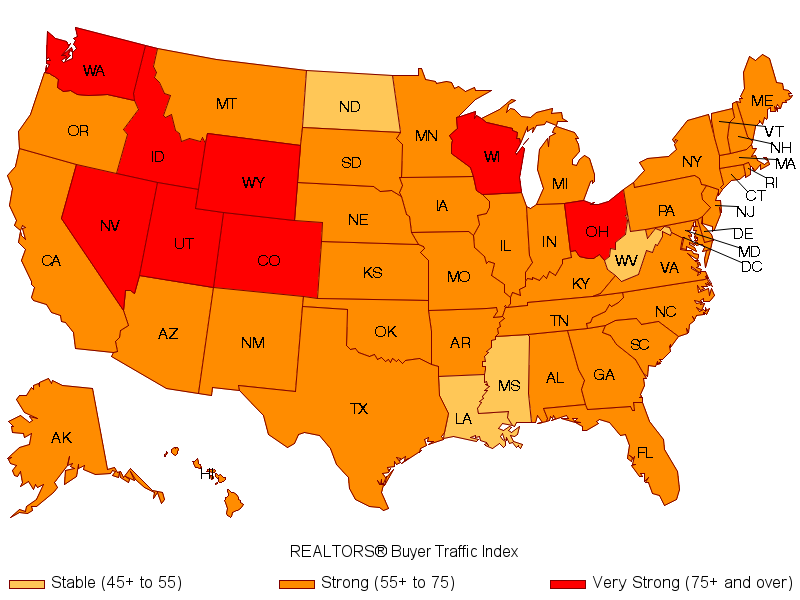 Use the data visualization below to check out the states with the strongest employment growth since 2012.  Orange areas have employment rates above two percent.

Nationally, the REALTORS® Buyer Traffic Index registered at 70 (69 in January 2018; 70 in February 2017), while the REALTORS® Seller Traffic Index was at 44 (44 in January 2018; 41 in February 2017). An index above 50 indicates that more respondents reported stronger than weaker conditions compared to one year ago, so the data indicates that homebuying demand continues to outpace supply. 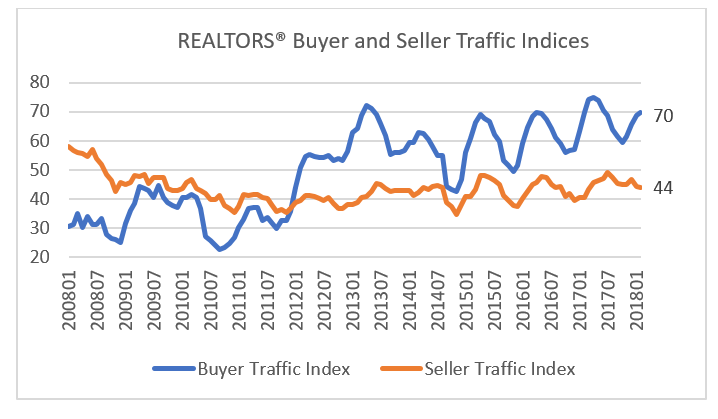 Supply has generally not kept pace with demand. Seller conditions were “weak” in 25 states and in the District of Columbia, and in many states, seller traffic conditions have not changed compared to one year ago. However, respondents from Wyoming, North Dakota, Nevada, and Alaska mostly reported that seller traffic has increased compared to one year ago. 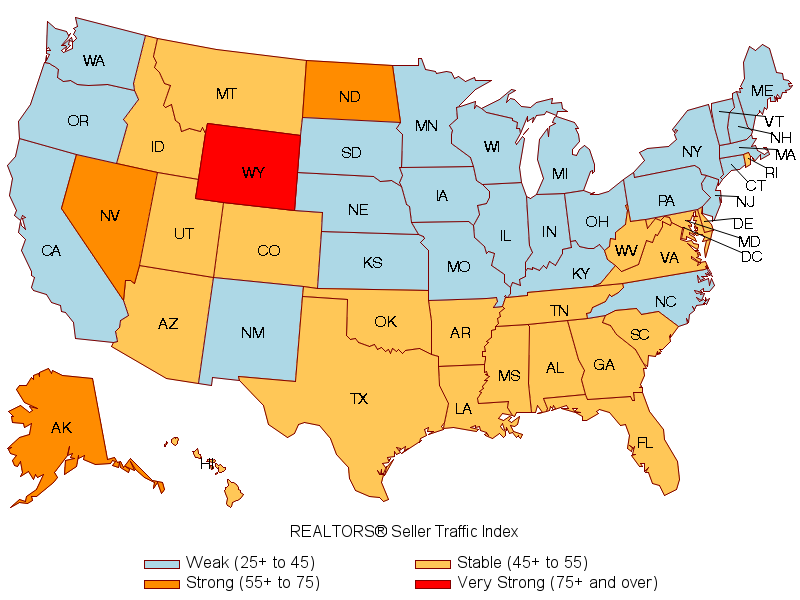 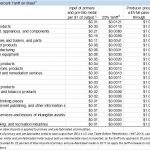 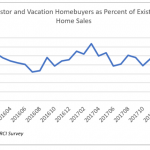