The federal budget deal passed by Congress and now on its way to the President’s desk contains a number of wins for real estate, including a temporary extension of federal flood insurance and extension of several National Association of Realtors®-backed tax provisions.

“The National Association of Realtors® is glad Congress came together to extend funding for the federal government, as well as extend retroactively for 2017 tax relief from debt forgiveness, the deductability of mortgage insurance premiums, and several energy-efficiency related provisions, which provides long-term budget certainty and valuable tax breaks for homeowners. While we avoided another lapse in the National Flood Insurance Program, we now urge Congress to speed passage of legislation to reauthorize and reform the program for a longer term and end the current stopgap approach.”

Here is a rundown of what’s in the budget deal:

Retroactively Extends for the 2017 tax year:

In addition to these three major tax extensions, there are also several more minor extenders that affect real estate, as follows: 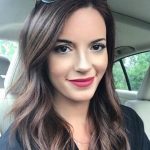 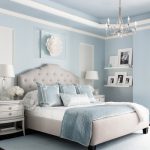 7 Ways to Add More Romance to a Home’s DecorUncategorized