The Internet won’t be the end of stores but it’s certainly having an impact on the retail segment of commercial real estate. How much business has online shopping sites taken away from brick-and-mortar stores? Would downtown areas look different if some $1 trillion in sales hadn’t transferred from stores to the Internet in just the last year? Since 2010, trillions of dollars in commerce have shifted away from stores you set foot in to stores you access through clicks on your computer or taps on your phone.

Of course, there’s a place for both types of commerce. A balance will be reached at some point. Stores aren’t going away. But it hasn’t helped them that they’ve always had to collect sales tax on behalf of states while Internet retailers haven’t had to. It’s not that the transactions sit outside the jurisdiction of states; it’s that tax collection online has fallen to customers, but people really don’t tally their tax obligation and remit it to the states. As a result, shoppers can essentially buy the same thing online without the added tax expense. That obviously has disadvantaged stores, although
big online retailers like Amazon have recently started collecting sales taxes.

Now, however, states can compel all online retailers to start collecting sales tax and that’s a big win for stores and, by extension, the commercial real estate professionals who care so much about the sector. The U.S. Supreme Court last week ruled in an Internet tax fairness case that states have the authority to require tax collection by online retailers. NAR supported brick-and-mortar stores by submitting an amicus brief detailing how tax-collection practices was creating an unfair playing field for traditional stores.

This big win for commercial real estate won’t reverse the flight to online shopping but it signals that the Internet no longer gets a free ride. As an NAR analyst puts in the latest Voice for Real Estate news video from NAR, the uneven playing field has pushed some stores out of business. It might be too late for those stores, but maybe we’ll see more new stores because they’re a little bit more competitive against online retailers now.

Watch the segment on the Internet tax win.

The news video also looks at another major win for real estate: the U.S. Department of Labor’s rule extending eligibility to join an association health plan to independent contractors. NAR has been pushing for this for years and in early May finally achieved it. The challenge now is to determine how to make an association health plan work for real estate professionals, and that’s something NAR is moving on, full stop.

The video also looks at something that’s absolutely critical for real estate but makes people’s eyes glaze over, and that’s secondary mortgage market reform. Just the words “secondary mortgage market reform” can make people lose interest, but it’s importance to the buying and selling of real estate can’t be overstated. Fannie Mae and Freddie Mac—our two secondary mortgage market companies—are responsible for the safe and affordable 30-year, fixed-rate mortgage that underwrites most home sales. The two companies have been under the control of the federal government since the economic crisis 10 years ago and they’re doing well now. In some ways, they’re doing better than well. They’ve repaid the assistance they received during the downturn and now they’re a net contributor to the federal government’s budget. And they’re out there for people to get the home loans they need. The question that looms over the industry, though, is what to do going forward. Do they get taken out of conservatorship? Do they get completely privatized? Do they become government agencies with no private component?

It’s too soon to say when Congress might turn to them as its next big legislative project. It’s possible 2019 will be the year. No matter the timing, the solution will be better if different interest areas are aligned, so NAR did something it’s particularly good at doing: bringing different viewpoints together to find common ground. It did that last week and the result was an exceptionally productive discussion of all the different sides and where common ground can be found. The former head of GNMA was there. (GNMA guarantees securities backed by FHA loans.) Former Treasury officials were there. Other former administration officials were there. Industry groups were there. Consumer groups were there. In a Washington where everyone seems to talk past one another, at NAR last week all different sides were having good-faith discussions of an issue that doesn’t lend itself to simple solutions. The two REALTORS® who ran the meeting, Larry Black of Century 21 Care in Diamond Bar, Calif., and Seth Task of Birkshire-Hathaway HomeServices Professional in Cleveland, did an outstanding job keeping everyone focused on the greater good. Black and Task are the chair and vice chair, respectively, of NAR’s Conventional Financing and Policy Committee. 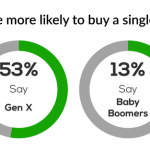 Report: The Buyers and the Design Trending in 2018Uncategorized