With the baseball season winding down and the best teams preparing for the playoffs, we decided to see what teams have ballparks that are championship level. From avoiding traffic stress to finding the perfect post-game pub, Redfin analyzed the best located MLB ballparks. We ranked ballparks by:

Walk Score –  Can you walk to and from the stadium?
Transit Score – Can you ditch driving?
Dining and Drinking Score – Are there a variety of brews and foods nearby?

In first place is the Toronto Blue Jays from Ontario, Canada, with a perfect Transit Score and almost perfect Dining and Drinking Score. Closely following are big team names in MLB and historic ballparks with the New York Yankees at Yankee Stadium and the Boston Red Sox at Fenway Park. Seven of the top 15 teams are located in coastal cities.

Rogers Centre is located in the heart of downtown Toronto with access to subways, streetcars, and buses. This, along with a high Walk Score and plenty of dining and drinking options, makes Rogers Centre a great location to catch a game.

“I’m going to the Yanks tonight! I take the metro north train to the game, it’s so easy to do! I have loved the Yankees since I was a little boy, they are a smart team and know how to bring up star players from their farm system. The stadium itself is exciting and food and drinks are easily accessible!” – Greg Gordon, New York Redfin real estate agent

“I love bringing my son to watch the Sox play as there is no other park quite as nostalgic, energetic, and fun as Fenway Park! With an incredible fan base, great area bars and restaurants, and a fantastic location in Boston, Fenway Park is the perfect place to take the family during the summer.” – Delince Louis, Boston Redfin real estate agent

“AT&T Park has sweeping views of the bay, is centrally located on the city’s waterfront, and convenient to get to by public transportation. Snap a picture in the giant baseball glove in the outfield concourse, feast on garlic fries, and stop by 21st Amendment or Momo’s before and after the game.” – Gabrielle Bunker, San Francisco Redfin real estate agent

“Wrigley Field  is one of the last remaining great, historic baseball stadiums. It’s history and heritage are certainly a huge plus when it comes to the charm of the stadium. However, it is also a huge reason why the stadium is deemed to be so accessible and walkable. It’s location puts it squarely in the middle of a vibrant, densely populated neighborhood. I would estimate the walk from the train station to the stadium to be approximately 80 (80!) steps.” – Daniel Close, Chicago Redfin real estate agent

“Petco Park is amazing from the endless food vendors, to the views of the city, and even the Park at the Park: a 2.7 acre grass park just beyond the outfield fence that is part of the stadium! Near restaurants and bars, Petco Park is truly woven into San Diego.” – Laura Molenda, San Diego Redfin real estate agent

“Coors Field is in the absolute perfect location. Blocks from Union Station, it’s easy to catch a bus or the light rail to the game. Also the close proximity to I-25 makes it super convenient to park at the stadium. Located in the LoDo area of Denver, there are great bars and restaurants to enjoy before and after the game.” – Martin Mata, Denver Redfin real estate agent

“There’s magic at the corner of Carnegie & Ontario where our Tribe have had five runs to the ALCS and three pennants since “The Jake” (now Progressive Field) was completed in 1994. Hitch a ride from Ohio City for $1 on Great Lakes Brewing Company’s eco-friendly shuttle dubbed the “Fatty Wagon” and keep the party going after the game at Wilbert’s, just a short stroll from the right field gate. The Browns went winless, Lebron’s in LA, c’mon Tribe – it’s our year!” – Joe Rath, Cleveland Redfin real estate agent

“Target Field was built right in the middle of a busy downtown district with many restaurants, bars and breweries. I recommend waiting to eat at the game as many of Minneapolis’ iconic restaurants have food stands, including Murray’s steak sandwich, Holy Land’s gyros and Kramarczuk’s sausages.” – Julie Platisha, Minneapolis Redfin real estate agent

“There are so many great ways to enjoy a Mariner’s game! Safeco Field has some of the best stadium food in the country. You can grab your average hot dog (with cream cheese – Seattle style!), have specialty seafood such as Dungeness crab and sushi, fresh dumplings and even real crickets! You’ve got breathtaking views of the Puget Sound to the west and an awesome cityscape view to the north.” – Shoshana Godwin, Seattle Redfin real estate agent

“There is no better place to watch America’s past time while eating a baseball-sized crab cake and drinking a cold cup of Natty Boh beer than at O’s stadium.” – Tamiko Humphrise, Baltimore Redfin real estate agent

“PNC Park has an amazing waterfront location. They have family friendly activities, tremendous views of the city, fireworks nights, and a variety of restaurants within walking distance. Baseball fan or not, if you’re visiting Pittsburgh, I would definitely recommend checking it out.” – Jennifer Sowers, Pittsburgh Redfin real estate agent

“What makes The Great American Ball Park different than other ballparks is its central location in the city. The ballpark is nestled between the Ohio River and downtown Cincinnati. You can walk from pretty much any downtown Cincinnati hotel, restaurant or bar to the ballpark. With the addition of “The Banks”, it has added more restaurants and bars right next to the stadium.” – Cody Brownfield, Cincinnati Redfin real estate agent

“Being downtown in the heart of everything is amazing. The people that live in Detroit have such a passion for their city and it shows when you are in the middle of it all. The shopping, the dining, the fireworks on Friday nights after the game. It’s not just the game, it’s the experience of the whole day among the fans. Detroit sports fans are like no other fans.” – Adam Rasor, Detroit Redfin real estate agent

“Getting there is super easy by rail and Uber, or you can take the free shuttle from Ninfa’s on Navigation, a Houston (Tex-Mex) institution. Sometimes the local brewery Saint Arnold’s offers pre parties and shuttle rides to and from the stadium. After the game, you can take a stroll to Discovery Green, go out on the lake on a kayak, pick up a bike from Houston BCycle, or let the kids run around on the water pad. Still hungry and thirsty after the game? The bars and restaurants are endless.” – Irma Jalifi, Houston Redfin real estate agent

Walk Scores, Transit Scores, and Drinking and Dining Scores were provided by WalkScore.com. The final ranking was determined by ranking the 31 teams according to each metric, and then taking the average of all those rankings to rank order the top 15 best ballparks for game day convenience. Our real estate agents then weighed in on the list. 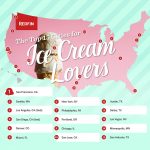