The workforce is moving to less affordable areas.

– In the last 12 months, more than 1.7 million LinkedIn members who lived in the 20 largest metropolitan areas moved from a more affordable place to a less affordable place.

– Denver, San Francisco and Seattle were the top destinations for LinkedIn members.

Although housing affordability is still weakening in many local areas, particularly in the West, as a result of the ongoing supply and demand imbalances, a NAR analysis shows that many workers are actually moving to less affordable areas such as San Francisco and Seattle. According to LinkedIn migration data[1], more than 1.7 million LinkedIn members[2] moved to a less affordable area in the last 12 months. In 13 of the largest 20 areas, a majority of the workforce moved from a less expensive place to a more expensive place.

While people in general are moving less these days, we also see that fewer people move for an employment-related reason. However, due to a strong economy, it seems that people get better jobs and decide to move to the most attractive areas across the United States.  The good news is that new construction is increasing even in areas with serious housing supply issues. For example, the three-year issuance of single-family permits increased 2 percent in the San Francisco metro area. Based on the NAR Housing Shortage Tracker, when we compare permit issuance with employment growth, we see that in November 2018 a single-family permit was issued for every 12 new jobs compared to 15 jobs in November 2017.

[2] From the 20 largest areas as far as LinkedIn membership. 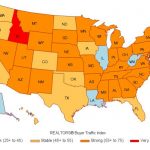 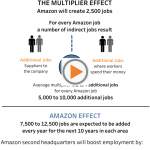